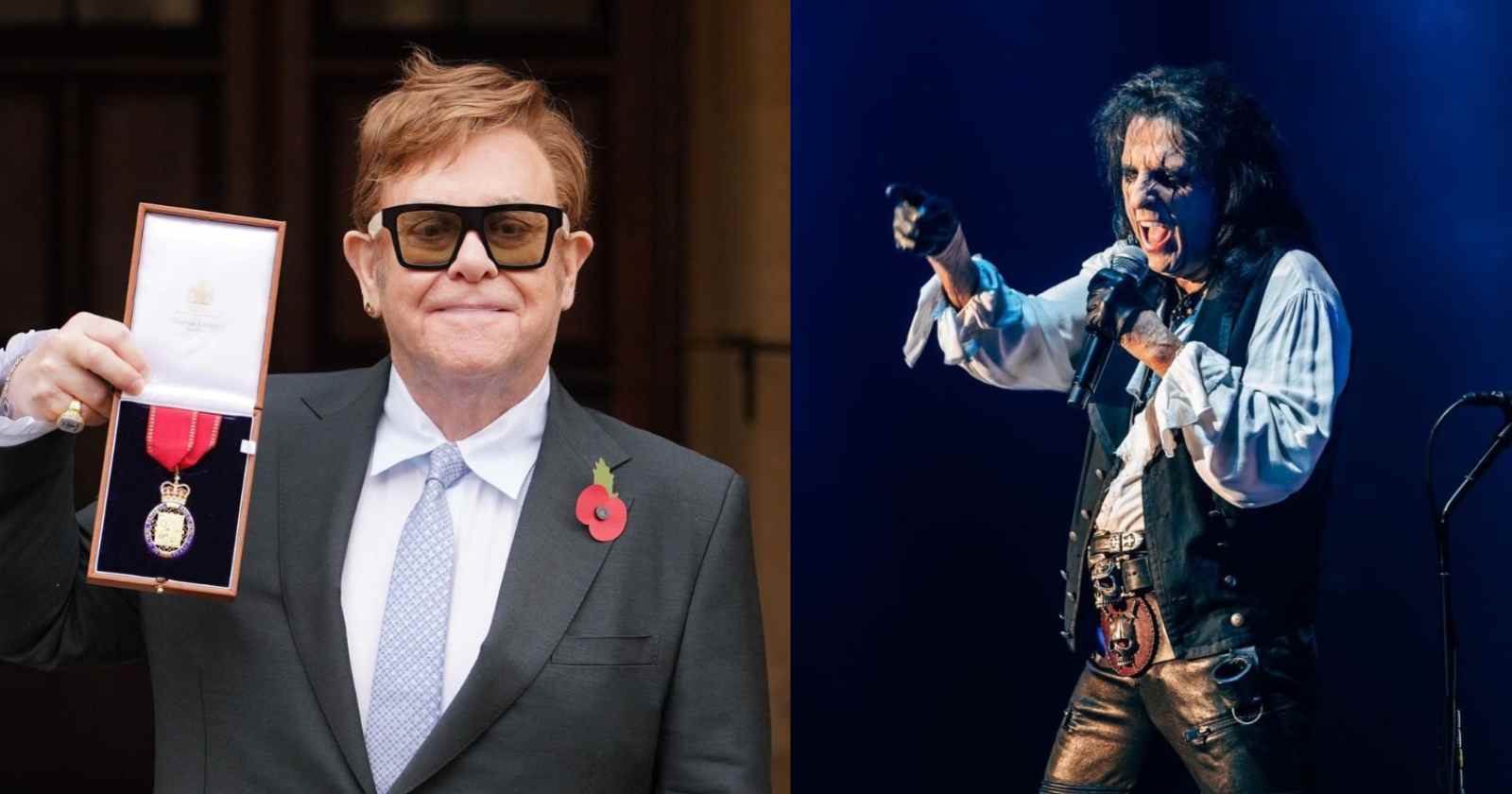 One of the best-selling artists of all time with more than 300 million records sold worldwide, Elton John influenced countless generations of musicians over the decades. He is praised by many of his peers, including Alice Cooper, the godfather of Shock-Rock. In an interview with BBC Radio 2, made by Ken Bruce on the program “Tracks Of My Years” (Transcribed by Rock and Roll Garage), Cooper chose his favorite Elton John song and explained why he likes the track so much.

As his favorite Elton John song, Alice Cooper chose “Saturday Night’s Alright For Fighting” and explained his choice, saying: “It’s hard to pick a Hard Rock song from Elton. He wrote song many songs and Bernie Taupin (is) my best friend. But ‘”Saturday Night’s’ is one of those songs that a couple of times at the end of our show I’ll go ‘Let’s do it’. (Imitates the guitar riff), you know, Davey Johnstone on guitar. It’s just really one of those up-songs. It’s almost impossible to be depressed to that song,” Alice Cooper said.

“Saturday Night’s Alright For Fighting” was first released as a single and was one of the tracks of the classic 1973 album “Goodbye Yellow Brick Road”.

Alice and Elton know each other since the early 70s. They even recreated a photo they’ve made at Bernie Taupin’s 21st birthday, when the lyricist was celebrating his 71st anniversary.

They were neighbours in Los Angeles

Besides friends, the two musicians were also neighbours in Los Angeles and Alice recalled in an interview with WSFM back in 2020 that Elton was the person who called the fireman when his house was on fire and he wasn’t home.

“I happened to be at my manager’s house in Beverly Hills. I was sitting there watching TV and there’s Elton and he says, ‘I smelt the smoke first. He’s my next door neighbour!’ All of a sudden they show my house burning down. Having Elton John as a neighbour, you know, I used to go next door to borrow a couple of diamonds,” Alice Cooper joked.