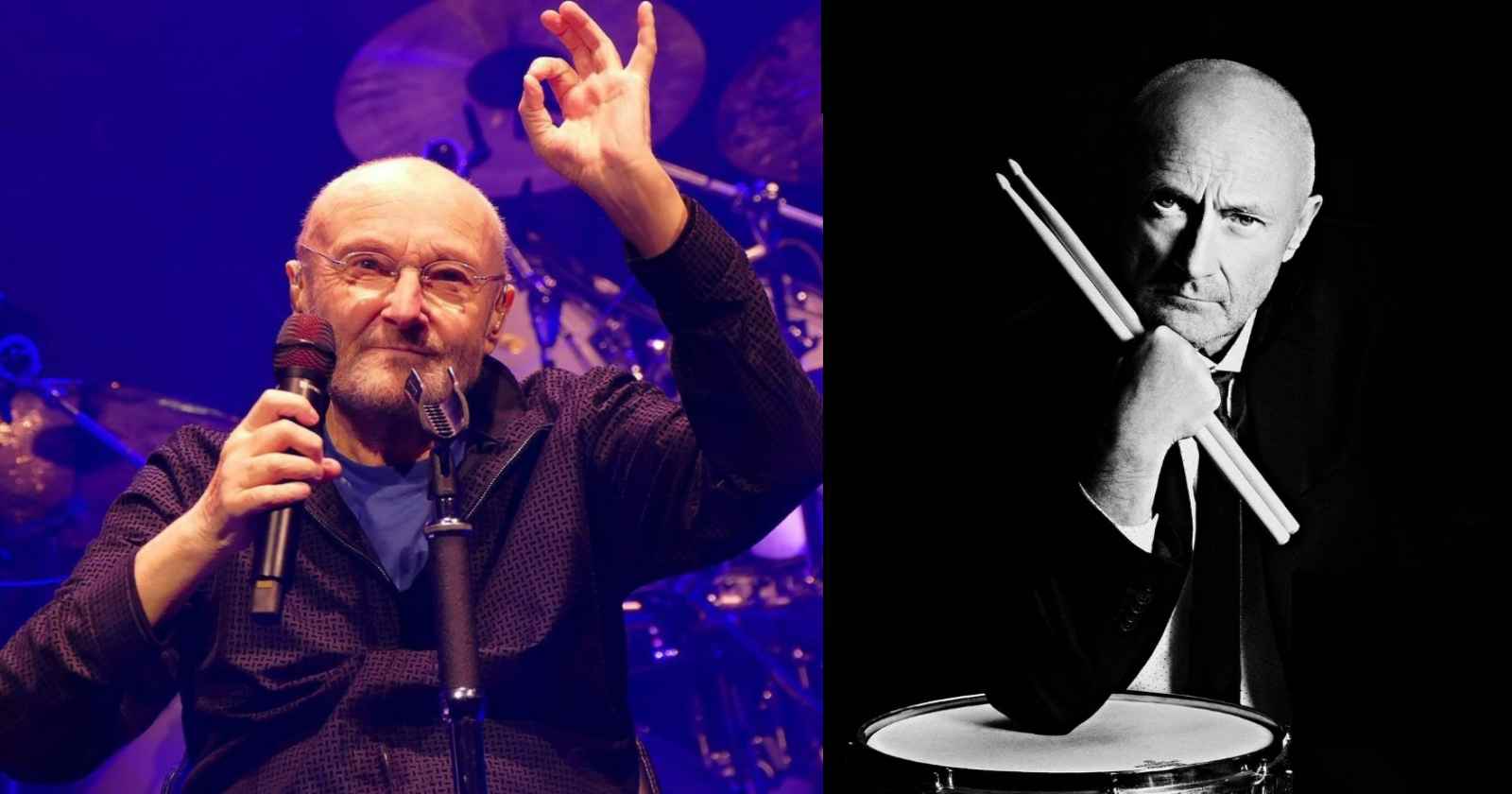 Photos from Matthias Fengler and "The Essential Going Back" album

Phil Collins first achieved fame as the drummer of Genesis, recording many classic Progressive Rock albums with the band in the 70s when Peter Gabriel was still the vocalist of the group, From the late 70s onwards he also became a successful singer with the group and on his solo career.

But he is originally a drummer and over the decades talked about many of his peers, even revealing which is the best drummer of all time in his opinion.

Even though the musician is known mainly for his work in Rock and Roll, he is a big Jazz fan since he was young and talking with BBC 6 Radio back in 2016 he agreed with the interviewer that the American Jazz drummer Buddy Rich is the best of all time.

“I think he is (The greatest drummer of all time). You can say what you like about Buddy. A lot of people have said bad things. I met him once. First of all, with the playing alongside The Beatles and The Who, and all the pop star, I was also listening to big-band jazz.”

“So Count Basie was someone on his band and Buddy Rich and I came across this West Side Story medley of Buddy Rich in 1965. Still is an incredible piece of work. If you never heard you should. He is on top form troughout the whole thing. So for me, I just wanted to do that one day. Which is why I did my big band,” Phil Collins said.

Collins had the chance to play with Buddy Rich’s Big Band back in 1998. After praising the drummer over the years in many interviews, Collins was invited by Buddy’s daugther to perform with the Big Band at a tribute show. They performed songs from Buddy, Collins, The Beatles and more.

In a documentary called “A Salute To Buddy Rich” (Transcribed by Rock and Roll Garage), made about the concert, Collins talked about how much the musician inspired him especially in the early days.

“I think it would be impossible for anybody, to not get something, not any drummer, to not get something out of watching Buddy. I mean, the other day when I was rehearsing for my other career, as it were, all the musicians and crew were kind of just packing up. They put the video on (and is) ‘Birdland’ and it drew everybody to the TV screen. Everybody could hear this. They (were all saying) ‘How does he do that?'”

“The first time I remember, probably 1966, when he bought out the ‘Swinging New Big Band’ album. I remember the day I got it. I remember looking at the picture (and saying): ‘So this is that man’. Then going back and listening to it. Of course, the ‘West-Side Story Medley’, which is still one of my favorite pieces of music.”

Cathy Rich, Buddy’s daugther invited Collins a few years before the concert happened but he told her he thought he didn’t had the ability and experience to do it. But after he toured with his own big band in the mid 90s he realized he could do the job.

“I said, I don’t think I can do it. I don’t think I can play with the big band. So I don’t wanna embarrass them or me. Finally in 1996 I did take my big band out for the first time. People said why and I started to tell them why. That Buddy and Count Basie, people like this were big influences on me in the 60s when I was really opening my mind to every form of music.”

“So I was saying the reasons why we were doing the big band and she read them. She sent a fax and she said: ‘If you keep saying these things about my father, who I know that you love, why don’t you do this concert for me?’ I said ‘Ok. This year I will do it. Because I’ve actually know what I’m dealing with now,” Phil Collins said.

Talking with Interview magazine in 1983, Collins said that the legendary British Progressive Rock band Yes was one of the groups that copied what Buddy Rich used to do with the big bands.

“What he was doing with big bands has been copied by lots of different groups. The band Yes being one of them. That style of arranging crept into rock-and-roll,” Phil Collins said.

Buddy Rich was born in New York City in 1917 and is known for being a songwriter, conductor and bandleader. He is often recalled for his incredible virtuoso technique, power and speed. He died at the age of 69 in 1987, victim of congestive heart failure.