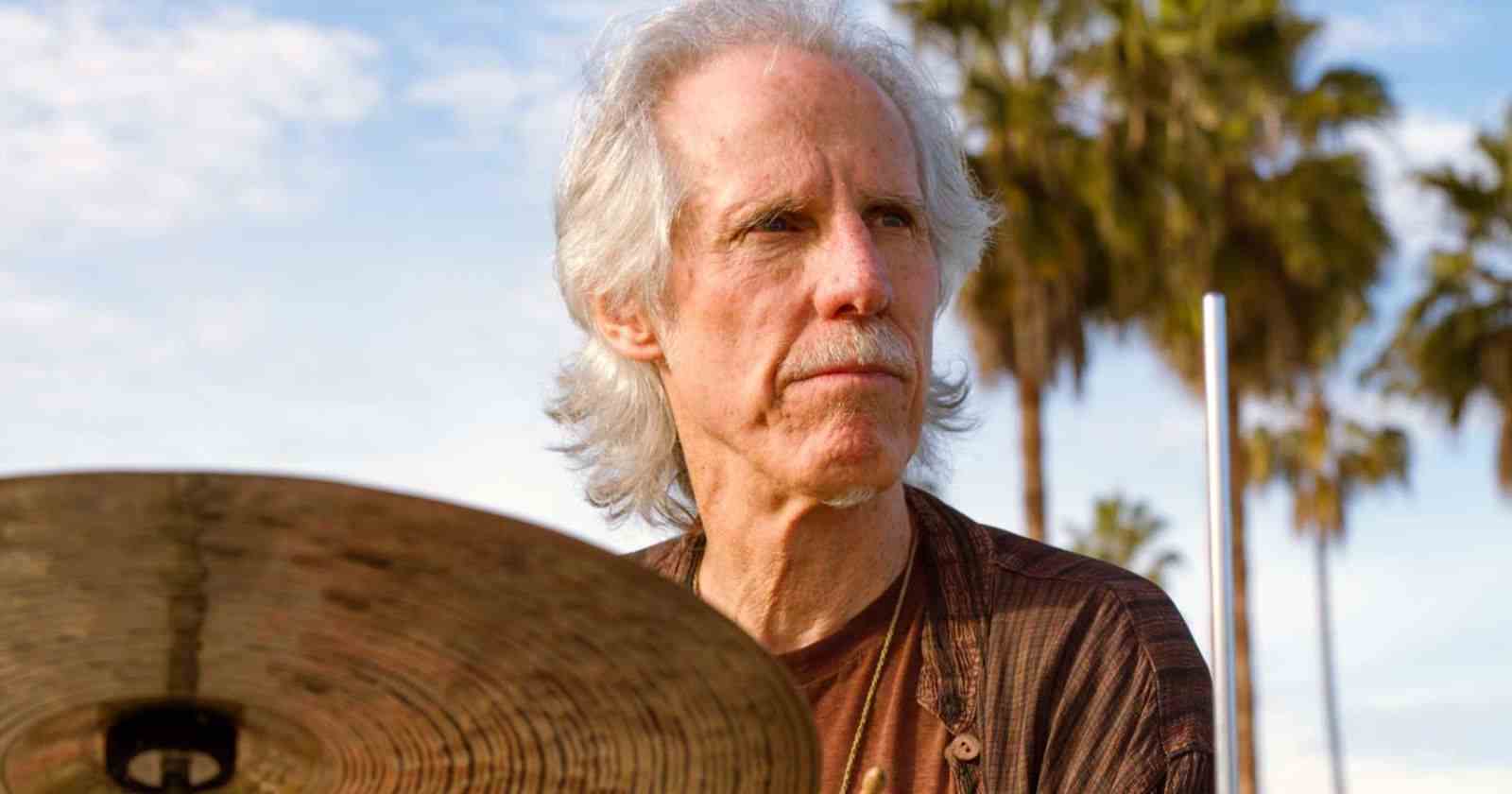 The Doors drummer John Densmore will release a new book called The Seekers: Meetings With Remarkable Musicians (And Other Artists) in November 17th. In an interview with Rolling Stone he talked about the importance of the rhythm section (Drums+Bass).

The Doors’ John Densmore about drumming and the importance of the rhythm section:

“The space between one beat and the next is extremely important, since the space implies the feel of the entire composition. If you play on the front of the beat, as in military music, Irish music, polkas, etc. (the style I learned in my high school marching band), the feel is rather controlled.”

“I used this style way back when I played bar mitzvahs. On the other hand, if you perform with the accent on the back of the beat (if you don’t hit the next beat until the last second), the feel is very laid-back as in the blues, R&B, ballads, etc. I certainly got this style down from performing for years in bars.”

“When The Doors got started, we covered the blues a lot until we had enough originals, so our foundation was first built on a laid-back feel. If you wait until the last mini-second to come in with the second beat, you’re playing the blues . . . leaving as much room as possible for the “sadness” to enter. Then the originals, with Jim’s percussive lyrics, pushed the pulse forward a little. Thank God Ray and I were in the same arena when we wrote the music to these words.”

“Simply put, if Ray and I had not felt the pulse for Jim’s lyrics the same way, there would have been no Doors. I don’t mean to be self-congratulatory here. What I do mean to stress is that the rhythm section is the foundation of any ensemble, whether it’s a quartet or a forty-piece orchestra, and without a strong foundation, the structure will crumble.”

“It eventually turned out that with Ray and me as that foundation, Robby could build the walls for Jim to sit on top of as the roof . . . or up front as the lead singer. The walls were formidable because of Robby’s gifted songwriting skills. If there is mutual respect, the structure will have balance and be very solid. So I credit the pairing of Ray’s left hand and my drumming as a blessing from the muse.”

“Now let’s talk about Ray splitting his brain in two. He simultaneously had to lock into a repetitive bass pulse with his left hand and support Jim’s lyrics playing chord changes with his right. To do this, he said, he thought of playing boogie-woogie bass lines that he learned as a kid in Chicago. If that wasn’t enough, he occasionally came up with the most memorable keyboard hooks (musical segues) in popular music.”

“Think of the intro to “Light My Fire.” It’s a circle of fifths, played in a baroque (Bach-like) style. This keyboard part is permanently stamped on everyone’s brain. We will never forget it. Or take what he created in “Riders on the Storm,” the mysterious sound supporting Jim’s dark lyrics. It was an incredible extended piano solo that I rode with him up and down the full arc of human emotions. From pianissimo to fortissimo and everything in between, that solo of Ray’s will also be stamped on all our brains forever.”

“You only need to hear a couple of bars of music from a great artist and you can identify who it is. Elvin Jones, Ravi Shankar, Janis Joplin, Bob Marley, Van and Jim Morrison . . . practically every chapter of this book is about someone whose work is instantly recognizable. Read a couple of sentences of Joseph Campbell and you know it’s him. You hear Ray’s hand on a Vox organ and you know who it is in three seconds.”