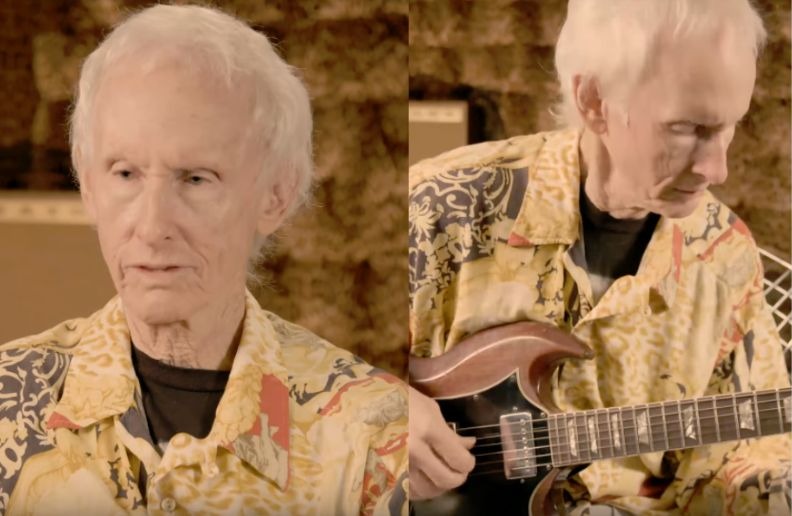 The Doors’ Robby Krieger recently looked back at his career for Loudwire’s Gear Factor, powered by Sweetwater.

The Doors legendary guitarist Robby Krieger was on Loudwire’s Gear Factor, where he revealed and played his favorite guitar riffs.

“I loved Little Richard and Fats Domino and Chuck Berry, He was really the reason I went to electric guitar. Before that I was playing flamenco and folk music and stuff like that and I loved Bob Dylan, so I had the harmonica holder and the whole thing.”

Robert Alan Krieger (born January 8, 1946) is an American guitarist and singer-songwriter best known as the guitarist of the rock band The Doors; as such he has been inducted into the Rock and Roll Hall of Fame. Krieger wrote or co-wrote many of the Doors’ songs, including the hits “Light My Fire”, “Love Me Two Times”, “Touch Me”, and “Love Her Madly”. After the Doors disbanded, Krieger continued his performing and recording career with other musicians including former Doors band mates John Densmore and Ray Manzarek. He was listed by Rolling Stone as one of the greatest guitarists of all time.