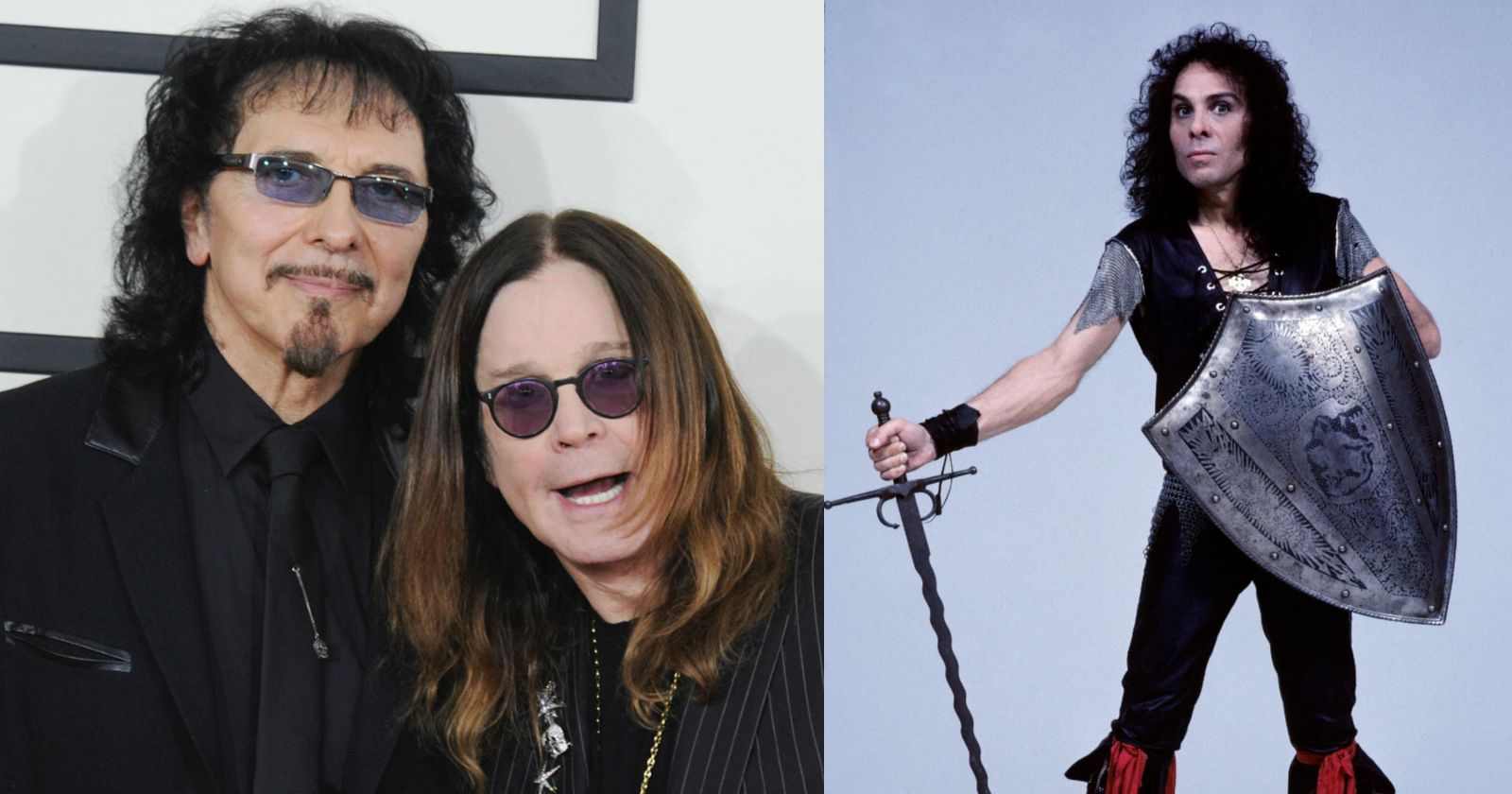 Black Sabbath was one of those bands that had success even after they lost the original singer. Ozzy was replaced by Ronnie James Dio and the band released the famous album Heaven & Hell (1980). In an interview with Planet Rock back in 2019 guitarist Tony Iommi compared the two singers when recalling the first days of Dio in the band.

The difference betwen Ozzy and Dio according to Tony Iommi:

“When we replaced Ozzy with Dio, it really did start us off again. We had somebody that’s come in that’s had some input. And he would sing to the riffs we’d got. ‘Cause it’s a bit disappointing when you come up with all these riffs and nothing is done with them. And you start thinking, ‘What are we gonna do?'”

“So when Ronnie came in and I played him a couple of riffs, immediately he started singing ’em. We were all living in the same house in Bel Air. In the garage, we turned it into a studio — we built a studio there. So we’d go in there and play. When Ronnie came up, we played it live, and it was great — he just sang away and it was brilliant. And it was a totally different approach.”

“As soon as Ronnie got involved, the writing changed as well, because I was able to play a different way, for some reason. Whereas Ozzy would sing a lot on the riffs and follow the riff, Ronnie would sing in between stuff — he didn’t always sing on riffs, and he’d sing on chords. And we were trying to also talk to him about singing on the riff as well, which he did on a couple of the things. But more or less, it was good, because you could approach the songs differently.”

“And here you are with a singer that you don’t know where he’s gonna go. And it’s quite exciting, because you can play something and you can hear him go into a place that you wouldn’t ordinarily recognize… Later on, he started suggesting ideas. Not so much right in the beginning, because he was obviously new and he didn’t wanna upset the boat. I think ‘Children Of The Sea’ was the first one he sang. And we had that riff for a bit, and he just sort of sang it. And it was really good — the first things he did.”

Osbourne and Dio respected each other

In an interview with the podcast “The Church of What’s Happening Now With Joey CoCo Diaz“ back in 2019, Ronnie James Dio’s widow Wendy Dio said that Ronnie and Ozzy didn’t hated each other: “We often saw him at Rainbow (famous bar located in West Hollywood, California) or in different places, it was just ‘Hi, how are you? What’s going on?’ They weren’t great friends, but they were always very polite, very kind to each other. Always.”