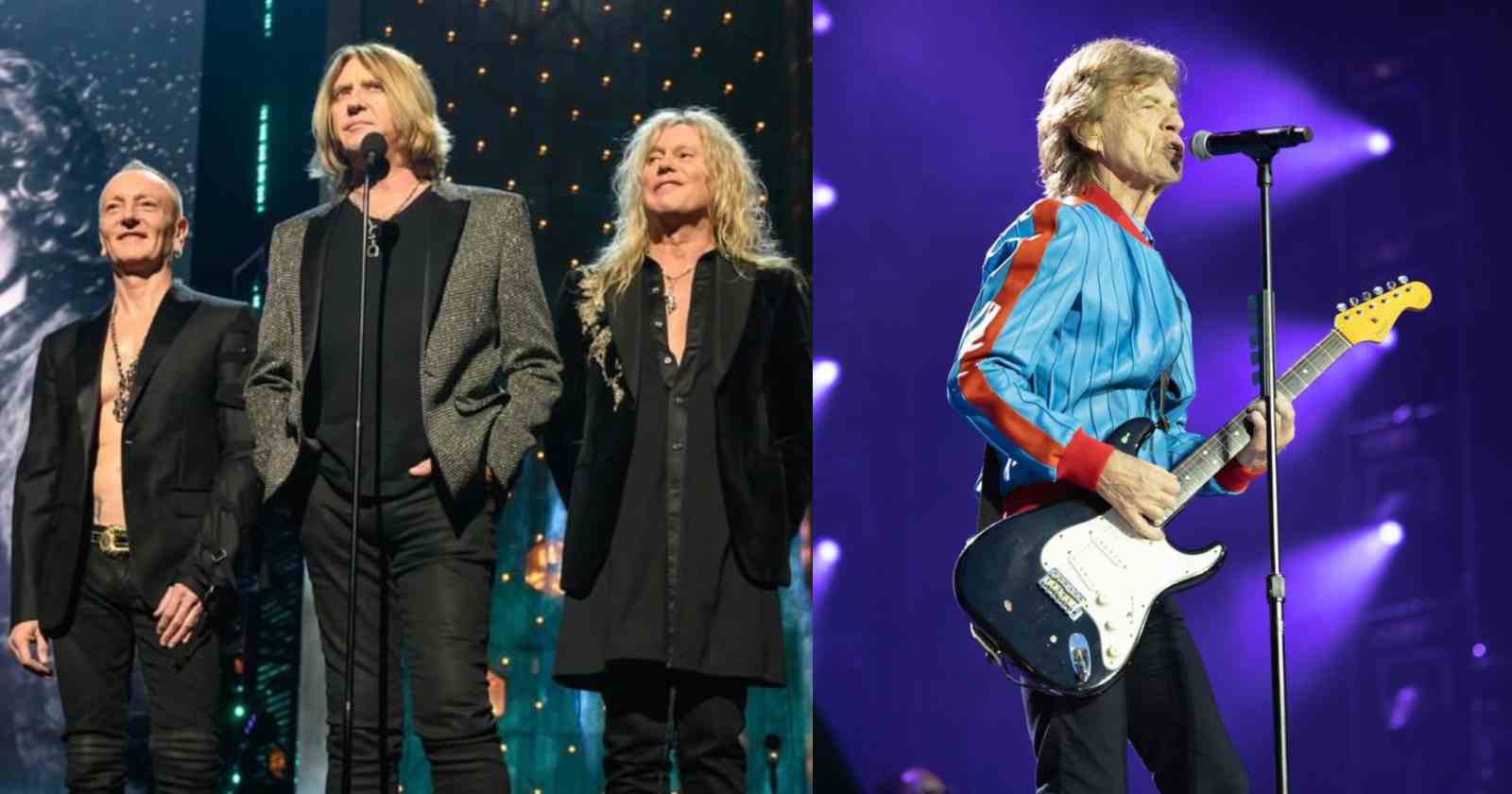 The Def Leppard vocalist Joe Elliott recalled in an interview with Consequence the story of a track from the band’s best-selling album “Hysteria” (1987) that was inspired by a night out with Mick Jagger and Jeff Beck at a gay club when the group was recording in Holland in the same studio the Rolling Stones vocalist was also recording with Beck.

The Def Leppard song inspired by a night out with Mick Jagger according to Joe Elliott:

“We were stuck in Holland. While all the other bands that people often compare us to were kicking off in the States doing the Sunset Boulevard thing, we were living next to a windmill in Holland, making this album! Isolated.”

“It was a four studio complex, and Mick Jagger came in, and he brought Jeff Beck along with him. He took us all out to a nightclub. It just happened to be a gay nightclub that played loads of disco. That inspired us to write ‘Excitable’. It all came about from the little bit of networking that we did.”

“But the rest of it, you’re just listening to the music that’s happening at the time. When we first got together in 1984 in Dublin to start recording, Frankie Goes to Hollywood were just kicking off. The sonic sound that they achieved with producer Trevor Horn’s sounds … we would sit there listening to this. Een Mutt [Robert Lange, producer] would be going, ‘Wow. This is something else’,” Joe Elliott said.

Def Leppard’s best-selling album, “Hysteria” was released on August 3, 1987 and it was the first one released after the tragic accident drummer Rick Allen had where he lost his left arm. It also the last one to feature guitarist Steve Clark who died at the age of 30 in 1991. That album had many classic tracks like “Women”, “Rocket”, “Animal”, “Love Bites”, “Pour Some Sugar on Me”, “Armageddon It”, “Gods Of War” and “Hysteria”.

It was produced by the successful producer Mutt Lage, who had already worked with bands like AC/DC, Foreigner and The Cars.