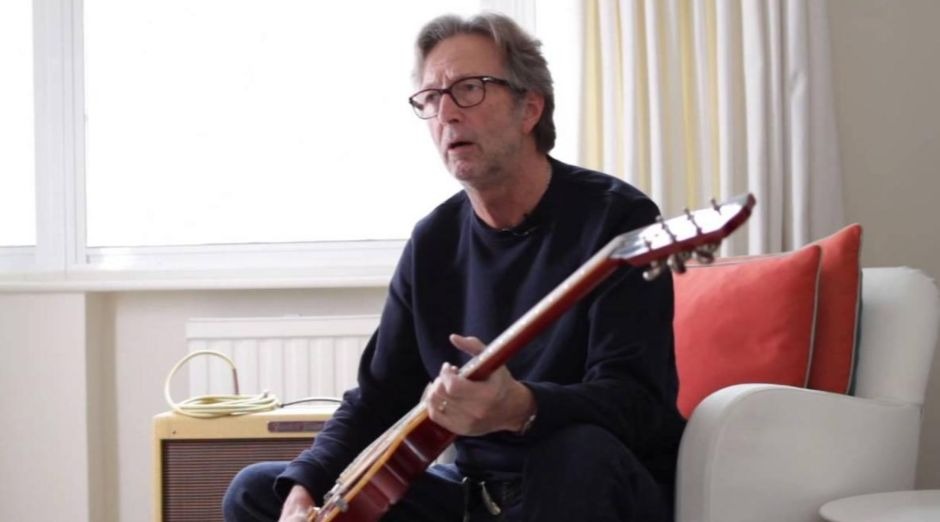 The legendary guitarist Eric Clapton really loves his guitars and he proved that when he risked his life to save them. Back in May 25, 1996 he arrived at his home in London and was surprised so see that the place was on fire. After notifying the authorities he ran into the house to save the instruments.

About facing the fire to save his guitars, Eric Clapton said at the time:

“The first I knew about the fire was when I came back from a day out, opened the front door and smoke billowed out. The first thing I did was grab my guitars. None of them was damaged.”

He later discovered that the fire was caused by a problem in the electrical connection of the house. The damage to the place was estimated at around three million dollars. 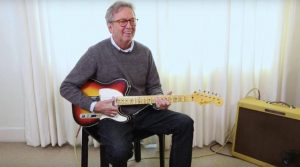 According to Ground Guitar Eric it’s the owner an amazing guitar collection. Having “some of the most iconic instruments in the history of Rock and Roll”.

“His first guitar was a cheap Kay Jazz II mode. But by 1964 Clapton already moved onto a red Fender Telecaster. Which he used on the majority of the material that he recorded with the Yardbirds. In 1966, he acquired a 1960 Gibson Les Paul Standard, nicknamed “Beano-burst”. That would become one of the most iconic guitars of the period. A year later, he started using a Gibson SG Standard, nicknamed “The Fool”, decorated in psychedelic colors and designs.”

“In 1970, Eric had made a big shift, and moved away from Gibson guitars, towards Fender. His first majorly important guitar was a 1956 Fender Stratocaster, also known as “Brownie”. With this guitar, Eric would go on to record “Layla and Other Assorted Love Songs”, before retiring it in 1975 – in favor of another Stratocaster, Blackie.”