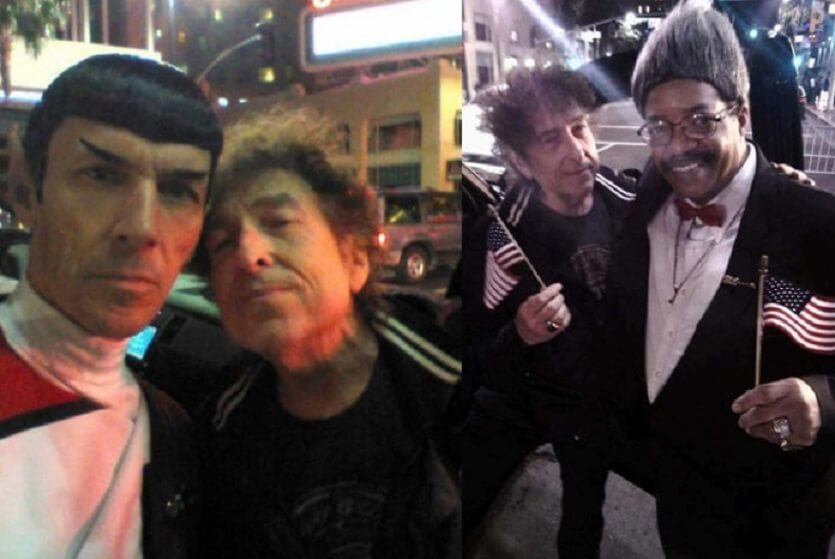 In the responses, someone suggested that it could be a cover of Dylan himself, and one user pointed out that, in fact, the photos are from February 2014, and were posted on Facebook by Paul Forest, Spock’s own cover. The street artist described in posting how it was to find the legendary folk musician.

Apparently Bob Dylan was driving down Hollywood Boulevard yesterday and he saw a Spock impersonator and a Don King impersonator and he stopped the car to get photos with them pic.twitter.com/7UDLuZDlD2