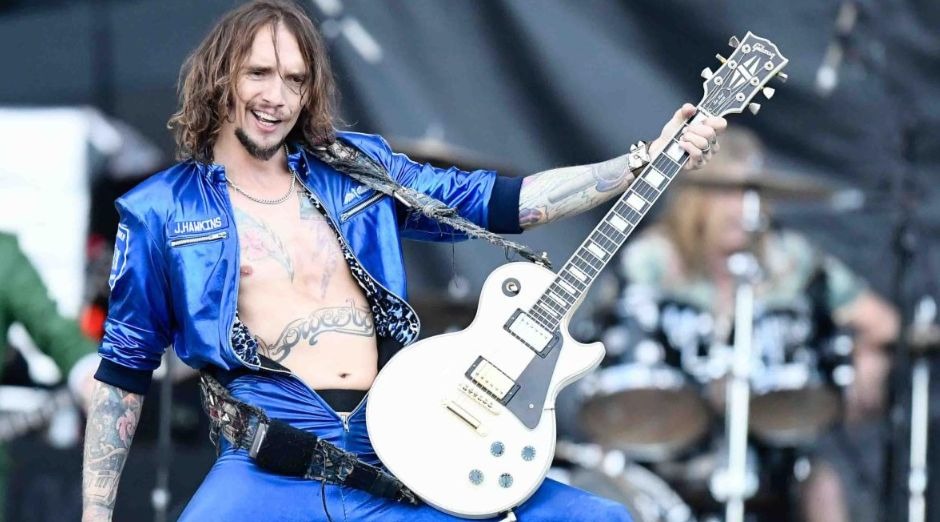 The Darkness vocalist and guitarist Justin Hawkins was hospitalized after bizarre accident. He was trying to clean the pool of his house when had toxic chemicals. Then he was covered by the substance and his shorts melted onto his skin.

He was forced to undergo emergency treatment and talked about the painful experience:

“There was a problem with the pool, a pump thing and some chemicals came out of it. I think it was a PH negative chemical to control the acidity of the pool. I was trying to fix it and I touched my legs and my shorts melted onto my legs, so then I had to go to hospital.”

Hawkins, currently living in Switzerland with his wife and daughter, is expected to fully recover from his injuries. Pool chemicals, such as chlorine and muriatic acid, can cause severe burns if they are not properly handled.

On weekends, Justin and a brother-friendly drummer, Ed Graham, visited Dan in London. The trio formed a progressive rock band called Empire. It didn’t last long because they were not satisfied with the result. Especially with Dan’s performance on vocals. A while later, Justin participated in a contest with Queen’s song “Bohemian Rhapsody”. Dan was impressed with his brother’s performance and realized that Justin should sing from now on.