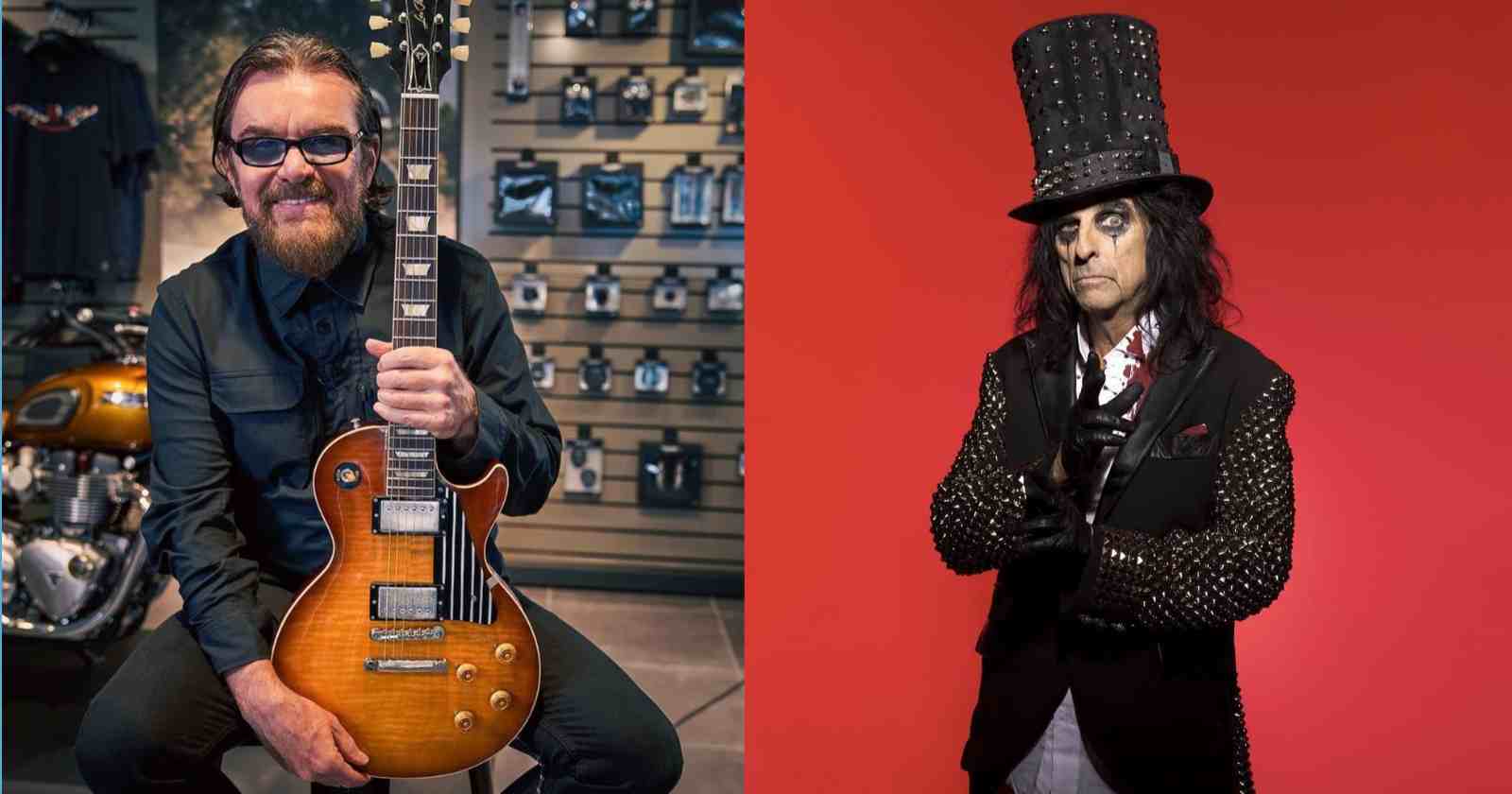 The Cult guitarist Billy Duffy talked in an interview with Yorkshire Post about the influence that Alice Cooper had on him and the group’s vocalist Ian Astbury when they were still growing up. The two groups toured together in the United Kingdom on May 2022.

The Cult guitarist Billy Duffy talks about being influenced by Alice Cooper:

Billy Duffy, who was born in 1961 recalled that during Alice Cooper’s “School’s Out” tour he was too young to go to the concert alone, so he didn’t had the chance to go to the show because he dad was working and couldn’t take him. However, he said that his dad took him later to see Slade and Thin Lizzy in 1972. The musician continued talking about the influence that Alice Cooper was to him and Ian Astbury: “I had the album with the school desk (cover). If you lifted it up it had the magical contents. It was all very exciting when I was 12. (The music) still stands up”.

“I love the production. I still listen to Alice’s records now. They endured the somewhat seismic shift into punk rock. Loads of punk bands, like Eater, covered I’m Eighteen. Alice was on the approved listening list for the post-1976 generation.”

“Then he went on to have a lot of success. It’s interesting. I always admired guys who have that longevity. Me and Ian (Astbury), when we got together as The Death Cult, we just looked to that. The two of us just wanted to be in a band and make broadly speaking guitar-orientated rock music. We looked to guys like Alice Cooper.”

“Funnily enough he was what I would call the first bona fide rock legend who came to see The Cult in America. We did a gig at the Hollywood Palladium, which is a great venue in Los Angeles, in late ’85 or early ’86. He came backstage with his manager Shep (Gordon) and we met him and he was great. I think it’s fairly common knowledge now that since he quit drinking he’s probably one of the nicest guys in the world,” Billy Duffy said.

One of the greatest bands that appeared in the 80s, The Cult mixed during their career styles like Hard Rock, Post Punk and Gothic Rock. Guitarist Billy Duffy and vocalist Ian Astbury are the only remaining original members of the band. They were part of all the albums.