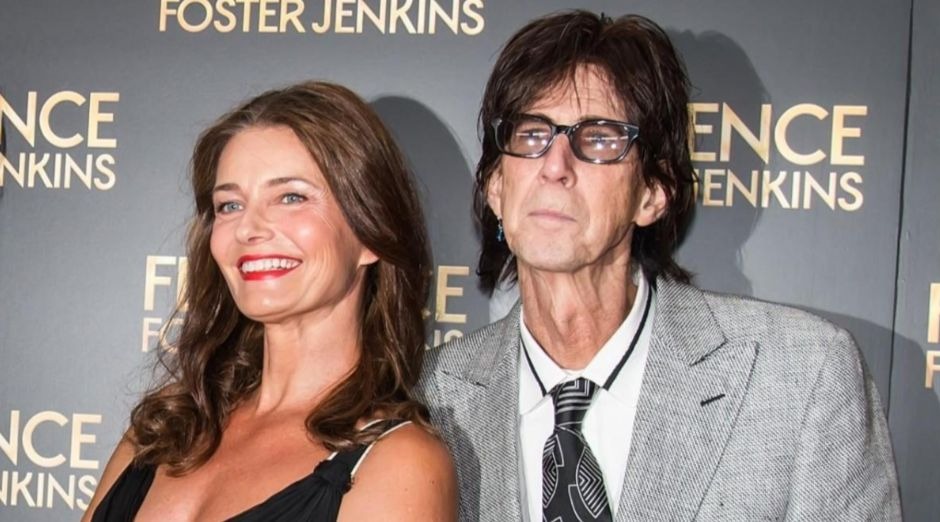 Ric Ocasek unfortunately died 75 by natural causes at September 2019. The Cars’ legendary member and famous producer last day was remembered by his widow Paulina Porizkova in an interview with Rolling Stone.

The couple met on The Cars “Drive” video in 1984 and got married five years later and separeted in 2017. She was helping to take care of him with their two sons after the musician made a recent surgery. She also was one of the first that discovered Ocasek’s body at their townhouse in New York’s Gramercy Park.

Talking about their relationship and his last day, she said: 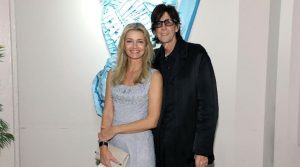 “His death was not at all related to his heart or his surgery, which was two weeks earlier. I don’t know how much I want to say about the surgery, but it was successful. He was recuperating really well.”

“So his passing was a fucking shock. The night before [his death], I had already made plans, and Jonathan had made plans, so I called my younger son Oliver, who was in school, and asked him if he could come home for the weekend to make sure someone was with his dad Saturday evening.”

“He flew in and was with his dad that night, and on my way back home, I stopped and got some cookies for Ric. When I got there, he was sitting in his usual chair and I said, “I got some gooey cookies,” and he said, “OK, thanks, hon — I had some terrible cookies because I was in the mood for cookies, but I’ll have your gooey cookies tomorrow. I think I’m going to bed early since I‘m feeling a little sore.” And that was the last time I saw him alive.”

“In the morning, I came [back] and made coffee. It was 10 in the morning, and I said I’m going to peek in and make sure he’s OK. I thought he slept a little too long. He was getting up earlier after his surgery because of hospital protocol. Generally he got up pretty late, 10 or 11.”

“So I peeked into the bedroom, and he was in a position he always slept in — on his back, mouth vaguely open. He would sometimes snore, and he always had one of his hands elegantly folded beneath his chin and his bathrobe next to him. I thought he was asleep.’

“I did some chores and then it was 11, and I thought, “This is weird, there’s something not right about this.” I poured the coffee and came upstairs to give it to him and he was in the exact same position; he hadn’t even moved a little bit.”

“And at that point, I knew, but I couldn’t believe it. I walked up to him and he still looked asleep. Except he was really, really still and his eyes were a little bit open. I thought he was waking up, actually. I was about to wave my hand in front of his face and go, “Hey, I brought you coffee.” But I touched his cheek and it was like touching marble. That was pretty fucking awful.”

“His manager warned me that as soon as you call 911, watch out, things will start to happen. So I didn’t call 911 for a long time. He had died in the night, not at 4 or whatever they claimed.”

“That’s when I put in the call to 911. I wanted Ric’s sons to get here so we could all say goodbye to him. So we waited, and we got to circle the bed and hold hands and really say goodbye. We were here with his shape for many hours after his death.”
“It was kind of wonderful because we all understood he was gone. He definitely left us. But the minute I called 911, literally two minutes [after], there were paparazzi at our house. That’s just disgusting.”

“I’m still baffled by [the New York medical examiner’s announcement about heart issues]. Yes, Ric did have emphysema, but it wasn’t very bad; he didn’t need oxygen. He was fine to walk around and do whatever he wanted. He did a lot of walking.”

“And he had atrial fibrillation aggravated by emphysema. But he never had high blood pressure. Attributing it to some super general thing was kind of puzzling to us. We knew he had those issues, but they were all very moderate and manageable. He quit smoking 14 years ago.”

“I don’t exactly understand the postmortem, and I’m so super bummed and pissed off that stuff like this is public knowledge. Thanks — so while we grieve, why don’t you all take apart what my husband died of?”

“But because of the surgery, all four of us had two weeks together every day. In the weirdest of ways, the surgery was a blessing. We had two weeks of just the four of us watching our favorite TV shows and me cooking or ordering in and hanging out. In this cloud of awfulness, that was a silver lining.”