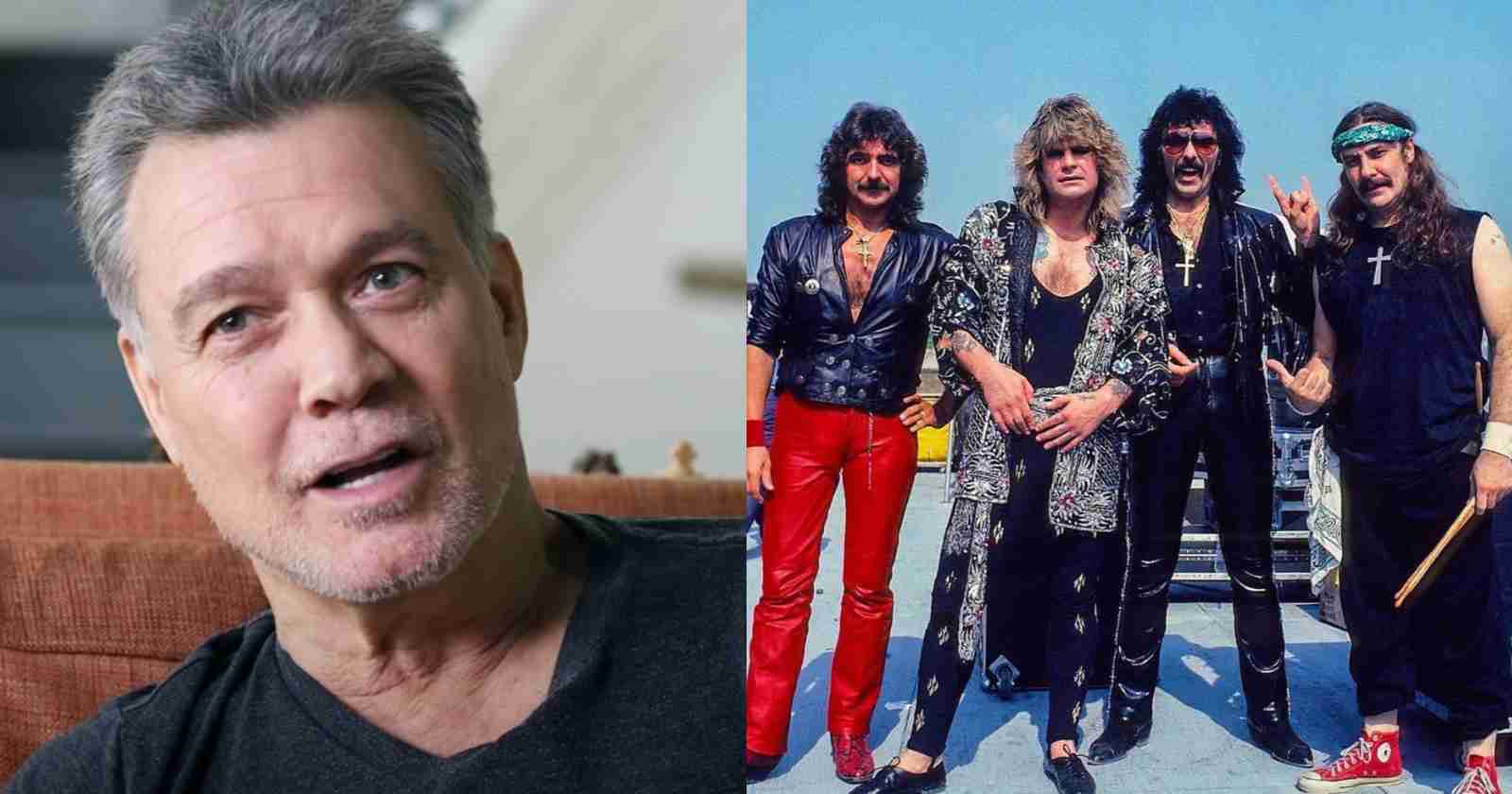 Formed in Birmingham, England back in 1968 by Black Sabbath became one of the most influential bands of all time, being the one that created Heavy Metal music. Tony Iommi, Ozzy Osbourne, Bill Ward and Geezer Butler made Rock and Roll heavier and darker, completely changing the music scene in the early 70s. Over the decades many famous musicians shared their love for Sabbath and one of them was the late legendary guitarist Eddie Van Halen.

Talking with Billboard in 2015, Eddie Van Halen listed his four favorite guitar riffs of all time and one of them was from a Black Sabbath song. For him, riffs are “Just the power. It just engulfs you. You just feel it, you know? It makes you vibrate.” The track chosen by Eddie was “Into The Void” from the band’s famous 1971 album “Master Of Reality” and the Black Sabbath guitarist Tony Iommi revealed in a conversation with Rolling Stone back in 2020, that it was one of Eddie’s favorite Sabbath song.

In the same interview Iommi recalled that the late musician helped in the composition of the track “Evil Eye” from Sabbath’s 1994 album “Cross Purposes”. “One of his favorites was ‘Into the Void,’ strangely enough. We played that and we went back to writing. I think it was “Evil Eye.” I said, ‘Go on, you play the solo on this.’ He did and it was really great. When we recorded it, of course, I tried to duplicate that. But I couldn’t [laughs],” Tony Iommi said.

Eddie Van Halen was playing “Into The Void” the wrong way

As Tony Iommi said in a conversation at Whitley Bay Film Festival in 2018, Eddie Van Halen once told him he loved “Into The Void” and started playing the song on guitar. But Iommi said: ‘No, you’re playing it wrong.”

“He said, ‘I’ve been playing it like this all these years. And, of course, I showed him how to play it. I didn’t ask him how he played any of his because I wouldn’t be able to do it. [Laughs]” Tony Iommi said.

Eddie Van Halen’s love for Black Sabbath was visible since the early days when Van Halen used to play a lot of Sabbath songs in the bar circuit before they released their debut album. Eddie recalled in an interview back in 2013 alongside Black Sabbath guitarist Tony Iommi to Guitar World that originally his band would be called “Rat Salad”, inspired by the classic instrumental song of the same name from Sabbath’s album “Paranoid” (1970). “We played just about every Black Sabbath song. I used to sing lead on every Black Sabbath song we did. Things like “Into the Void,” “Paranoid,” and “Lord of This World,” Eddie said.

Eddie and Iommi were good friends since the two bands toured in 1978. Van Halen was Sabbath’s opening act and as Iommi recalled the conversation with Rolling Stone in 2020 that he was surprised when he saw the band during that tour.

“I can’t remember if I heard the record first or saw them live. I must have heard the record, knowing they were on tour with us. But God, he was an amazing guitar player. I’d never heard anything like it. Like, ‘Bloody hell, what’s this?’ Well, he was the first to do that. As a band, they were so alive and fresh. They were so good,” Tony Iommi said.