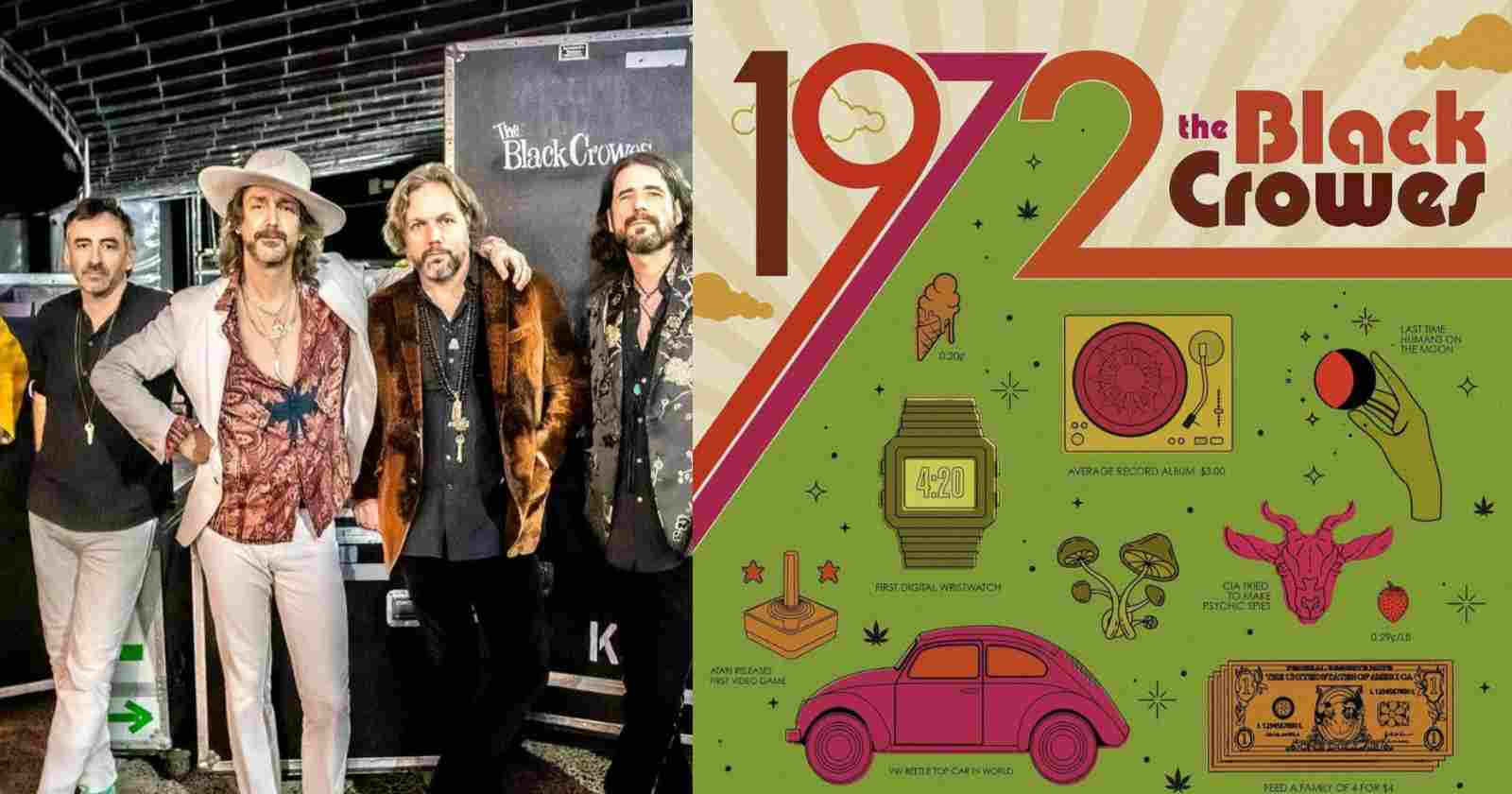 The Black Crowes announced the EP “1972” that has covers of 6 famous songs released 50 years ago by artists like T. Rex, The Rolling Stones and The Temptations. The record will be available only on Amazon Music on May 4 and then it will be released on May 6 on vinyl and CD via The Black Crowes’ Silver Arrow label.

Their version for “Papa Was A Rollin’ Stone” is already available on Amazon Music. The album was recorded at the Sunset Sound studio in Los Angeles.

The band’s vocalist Chris Robinson talked in a video shared on their official Youtube channel about each track, saying (Transcribed by Rock and Roll Garage): “The authenticity has to be really thick. We’ve worn our love for music on our sleeves and artists that have inspired us. We picked some songs that have holy significance to us. They are like holy artefacts. In 88, 87 we shared this house, especially ‘The Slider’ (T. Rex), that album was just on almost everyday.”

“The Little Feat song ‘Easy to Slip’, you hear that song and you’re like ‘wow, it’s just so beautiful, the craft, the writing’. Rich and I haven’t in a studio together for a long time. By the end of it yesterday I was like ‘wow, this is great’. This is what makes Rock and Roll interesting, this is what makes it soulful.”

“Funk, Soul, R&B, for me as a vocalist, when If ound my voice, that’s the way I sing. So I don’t think it’s a stretch to us to look at a song like from the Temptations. The song is epic, orchestration and everything, but I mean, we not gonna get into the that. We’re not a Funk band, so now it’s a Rock and Roll song with some funky stuff, you know.”

About the studio where the album was made, Robinson continued saying:

“To have the opportunity to be on one of the best studios on the planet with the gear that they have. Prince made ‘1999’ right there, Tom Waits made ‘Rain Dogs’. Whatever record you’re thinking of, it has great magic and a cult, sort of fascination. We want loud guitars, we don’t want any air monitors, I don’t want digital things like ‘Oh, it’s not a real guitar, it’s a computer that sounds like a guitar’, fuck your fucking computer, man!”

“Part of getting our band together and getting me and Rich in the same place has to be a celebration of Rock and Roll. By the time we made our first record, 1972 wasn’t cool yet (laughs), now looking back is the most punk thing we could have done. This record is just about love and devotion to something that makes us feel good.”