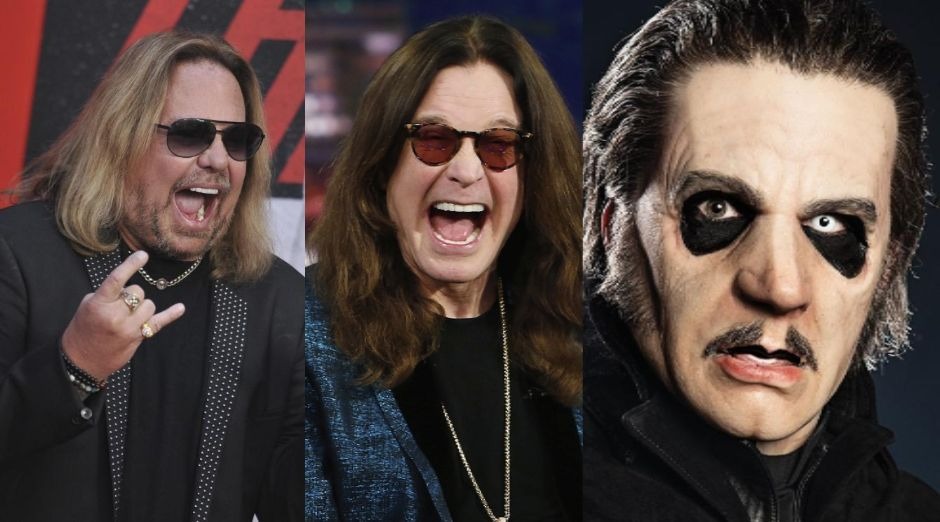 Rock is not dead, at least that’s what 2019 showed us with so many great rock and metal songs released by new and old bands. That’s why he prepared a list of the greatest songs of the genres. And there is Status Quo, Ozzy Osbourne, Ghost, Rival Sons and more.

Mötley Crüe started 2019 with a hit, but in Netflix. Their biopic The Dirt was very successful in the streaming service what eventually made the made announce a reunion tour in 2020. And another good surprise in the movie was new songs that the band recorded specially for the movie. And the best was “The Dirt” featuring rapper Machine Gun Kelly, that was Tommy Lee on the movie.

Rival Sons – “Do Your Worst”

Rival Sons is one of the best new bands to arise in the 10s. The talented band that brings alternative rock mixed with a bluesy tone and powerful riffs was the opening act of many Black Sabbath farewell tour dates. They have already prove themselves to be a good band and in their new album Feral Roots the song “Do Your Worst” is one of the highlights.

Ghost has in recent years established itself as one of the best rock bands of the past decade. Tobias Forge was even elected recently by Loudwire the Metal artist of the decade. And 2019 the band released two singles, one of them “Mary On a Cross”, that follows the band’s style, mixing satanic lyrics with hard and pop music, a truly wonderful combination

As mentioned before, Ghost released two good singles this year, and the other on is “Kiss The Goat”, that has catchy lyrics and a video where the band seems to return to the 60s.

After Rick Parffit’s death in 2016 Status Quo lost a music genius. The guitarist was a very important part of the band, but in 2019 they prove in the new album Backbone, that they can still make great music. The title track has an amazing riff and great Francis Rossi vocals.

The shock-rock German band Rammstein released a new album and the controversy track Deustchland gained the press for it’s polemic lyrics and video, that were criticized by many. But, as song, it is surely an amazing track made by the band, more than 10 years since their last release.

Sammy Hagar, Michael Anthony, Jason Bonham and Vic Johnson formed this amazing supergroup that released a great album Space Between. And the best song of the album is certainly Can’t Hang.

Ozzy Osbourne – “Under the Graveyard”

The prince of darkness was back on studio but didn’t invited Zakk Wylde as many expected. But, the musician recorded with famous musicians like Chad Smith, Duff McKagan and Slash. The song “Under The Graveyard” was the highlight.

Whitesnake “Trouble is Your Middle Name”

David Coverdale is still on the road with Whitesnake and released a really nice album in 2019. The great hard rock song “Trouble is Your Middle Name” has powerful riffs, talks about love and strong Coverdale vocals, all a Whitesnake song needs.