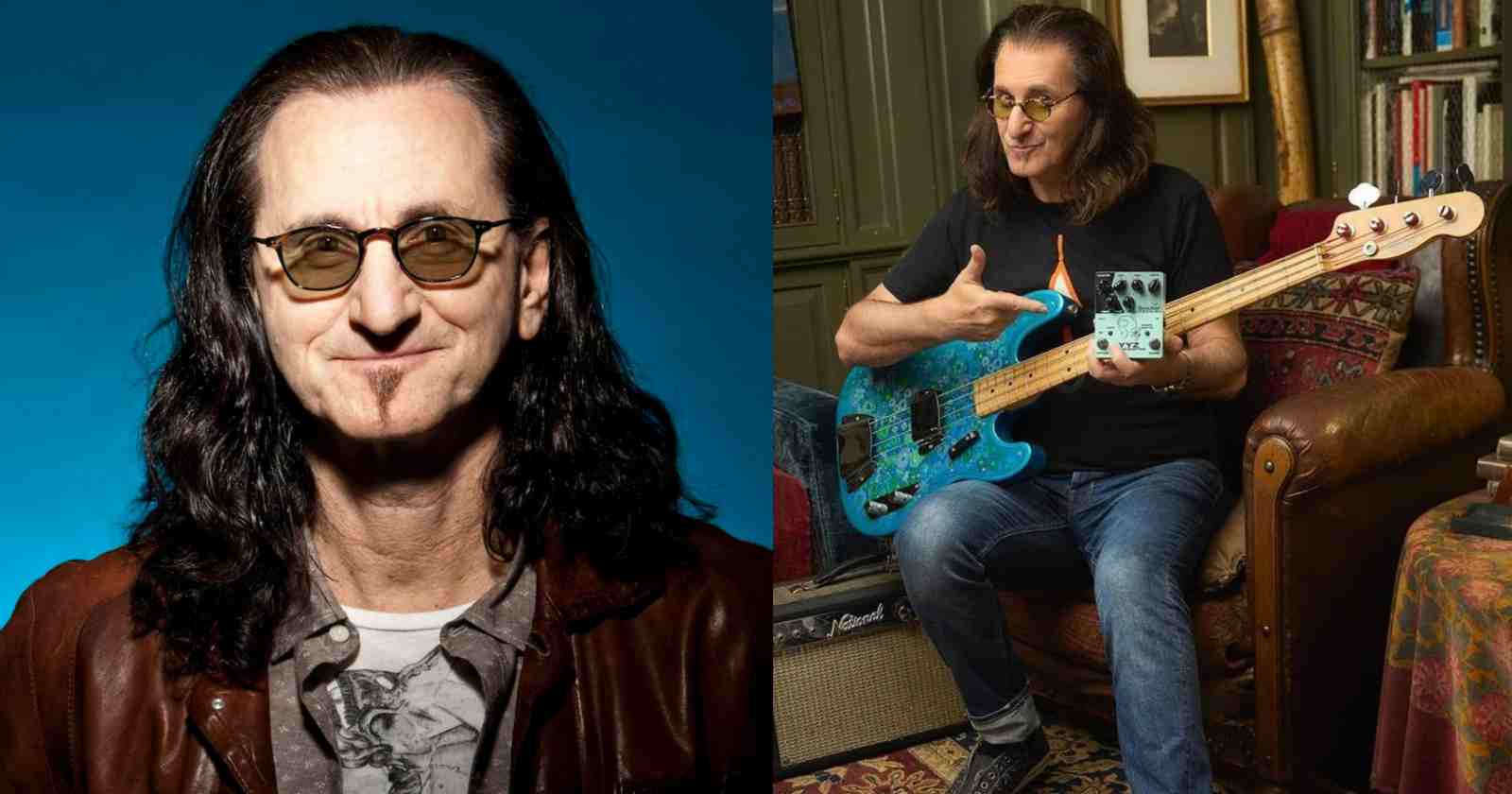 Besides being a praised vocalist and keyboardist, the Rush frontman Geddy Lee is also recalled for his bass playing, that is an important element of the influential sound created by the Canadian power-trio. He often appears on lists made by magazines and fans of the greatest bassists of all time, alongside the musician that in his opinion is really the best bassist in the history of Rock and Roll music.

He curiously, had the chance to watch his hero live in concert when he was still a teenager and it was an important moment to inspire him to become a professional musician.

The complexity of the music created by Rush over the decades and the role that the bass guitar has in the tracks are often praised by many respected bass players and in an interview Rolling Stone back in 2020 the musician reflected on some of his peers.

Geddy lee chose who are his 10 favorite bassists and even though he listed names like Jack Bruce, Chris Squire, John Paul Jones and Paul McCartney, he revealed that is the late legendary The Who bass player John Entwistle still the one that he thinks is the best of all time.

He explained that the British musician was one of his first “Rock Gods” ever since he heard “My Generation”, The Who’s huge hit of their debut album of the same name released in 1965.

“He was one of the first gods to me. Gods of rock. [Laughs] Ever since I first heard ‘My Generation.’ It’s like, “Who is that?” That was a name you needed to know. And I still rank him as the greatest rock bassist of all time, in one sense. First of all, he was ferocious, and he had a sound that dared to encroach upon the domain of the guitar player. So he had a very loud, very aggressive tone.”

“And to hear that on pop radio. I mean, ‘My Generation’ didn’t get as much play over here as it did in the U.K. But it was a pop hit with a bass solo in it, no less. So I was drawn to, first of all, his tone. Secondly, his audacity and thirdly, his dexterity.”

“I mean, he had incredible dexterity. Just moved across the strings in such a fluid manner with such ease. Yet, (he) sounded so tremendously ferocious at the same time.”

“We all tried [early on] to play ‘My Generation’ and failed miserably. But you do your crappy version of it. I would say [Who songs] were harder to do than, say, a cover of ‘Road Runner,’ by Junior Walker and the Allstars, where you can transform that into sort of a rock bass [line] without too much trouble. But yeah, the Who were much tougher,” Geddy Lee said.

The Rush frontman was lucky enough to have seen them live a couple of times when he was still a teenager before fame in Canada. In the early days the trio also used to play a lot of The Who songs during their rehearsals.

The Who album that Geddy Lee said is his favorite

Even though he often mentions The Who tracks from the 60s as some of his favorites, he revealed to The Quietus back in 2012 that “Who’s Next” (1971) is his favorite album by the British band. Curiously, the reason is not John Entwistle’s playing, but Pete Townshend‘s songwriting and guitar playing.

That album had many famous tracks like “Baba O’Riley”, “Going Mobile”, “Behind Blue Eyes” and “Won’t Get Fooled Again”.

He had already praised Entwistle in 2019, also talking with Rolling Stone, saying that he was a musician that wanted to take the role and sound of the bass guitar. Lee also stated that the musician’s playing was “bold and incredibly dexterous”.

In 2019, Geddy Lee talked in an interview with Q104,3 New York (Transcribed by Rock and Roll Garage) about the process of writing his book “Geddy Lee’s Big Beautiful Book of Bass”. He said that he unfortunately didn’t had the chance to interview Entwistle. However, he was lucky enough to talk to The Who’s guitar tech Alan Rogan. He bought through him one bass guitar that belonged to the late bassist.

“(Alan Rogan) is a super interesting guy. A real character and he’s worked for The Who since the 70s. He helped John build his collection and John had a very extensive and famous collection. (It) was sold at an auction shortly after he passed away. One of those instruments I was fortunate enough to acquire through Alan.”

“That’s a 61 precision bass, which I never change the strings off (laughs). As a rule I don’t look (for my collection), for bases by famous players. But the opportunity to have something that one of my heroes played was too great to resist,” Geddy Lee said.

Rush already covered The Who

The Canadian musician had the chance to re-record the classic The Who song “The Seeker”. Rush featured the track on their 2004 covers album “Feedback”. The band performed the track live in concert during their R30 tour, that celebrated their 30th anniversary in 2004.

Before performing the track live, he said (Transcribed by Rock and Roll Garage): “We’d like to do something a little different now. Before we started this tour we decided to record some songs that we loved when we were young musicians about a hundred years ago. So we would like to share with you some of that music tonight. This is a song by The Who called ‘The Seeker’,” Geddy Lee said.