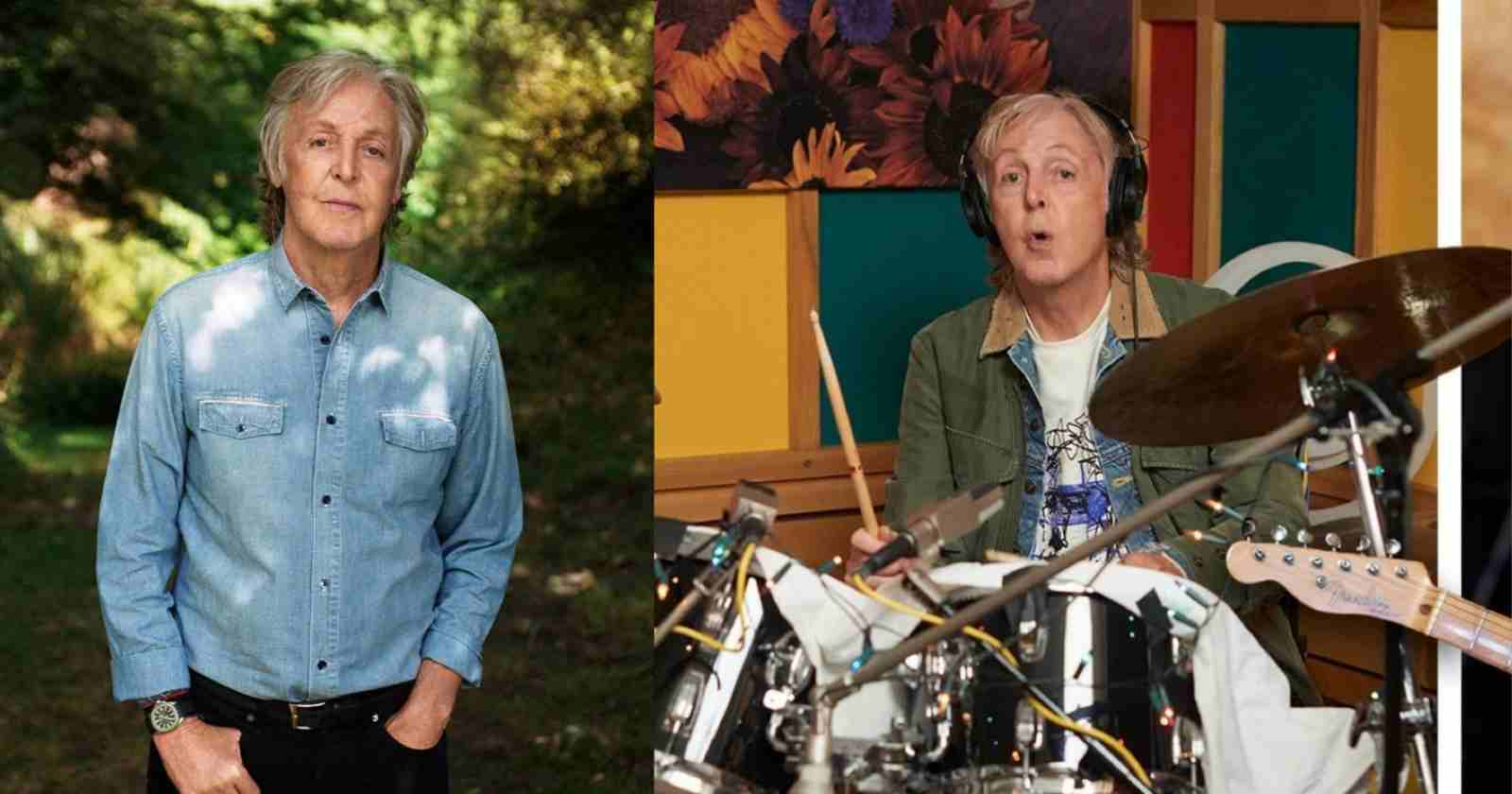 Paul McCartney is considered one of the greatest songwriters of all time and was an important part of The Beatles that helped the British group to become the best-selling group in the history with an estimated amount of 600 million records sold worldwide. After the end of the band in 1970 he embarked on a prolific solo career and worked with countless talented musicians and one of them he praised describing him as a “musical monster”.

During a conversation with Jarvis Cocker at the Liverpool Institute for Performing Arts back in 2018 (Transcribed by Rock and Roll Garage), Paul McCartney was asked which was from all the musicians he worked with, the one he admired the most. He replied, naming his Beatles bandmates but then revealed who was apart from them he admire the most: “Out of all the ones I’ve worked with it would be fellow Beatles, it would be John who was pretty cool, George and Ringo.”

“You know, having worked with John so one on one, I got to see his brilliance before the world did. So you know, I got to hear ‘Across The Universe’, ‘Julia’, some of these songs. So I’m a big fan. And when we would work together in something like ‘A Day In The life’, what would happen is whoever was going to be the sort of creator of this song would bring in the first verse, so you know where it was going: ‘I read the news today, oh boy…’. Then we would sit down and take it from there, write all down, develop it and do the thing.

“Then I think, Stevie Wonder, you gotta go to Stevie, he is just a musical monster. He is fantastic.” The interviewed commented on how versatile, Wonder is with his voice, harmonica and even the drums, and McCartney agreed saying: “Yeah, he is a great drummer. I worked with him, we did the record called ‘Ebony & Ivory’ (1982), which some people thought it was big glib. To me, I thought it was kind of a cool thing, you know. The black and white, living together with harmony, what’s wrong with that?”

“But it was great fun working with Stevie on there. We came out to Montserrat, which was George Martin‘s studio in the Caribbean and we were working there. My first wife Linda said: ‘Invite Stevie over, I’ll cook lunch.’ It was a sunday, we were taking the day off. So I said, ‘Great!’, I rang him up and said: ‘Hey Stevie, do you fancy coming to lunch?’ So he said: ‘Yeah, man. Sure, sure.’ So I said ‘About two o’clock?’.”

“So she starts cooking with two o’clock in mind. So three o’clock comes and I go ‘I better ring him’. (I said) ‘Hey Stevie, how you doin, man? What’s going on? You’re coming over?’ and he said ‘Yeah, yeah. I’m just heading out of the door, I will be there in two seconds’. Well, 10 o’clock that night, I’m serious, 10 o’clock that night, he showwed up rather late. (He didn’t had a good excuse). (But) he didn’t need one, that’s the thing about Stevie, you just gotta go with it. He is just so good and you can’t say ‘Oh, what time is this?’. So we had a great dinner, was somewhat burned,” Paul McCartney said.

The two composed the successful song “Ebony and Ivory” released in 1982 on McCartney’s album “Tug Of War”. During a TV interview made available by Beatles Bible (Transcribed by Rock and Roll Garage) from the time when the song was released, Paul McCartney said he never had worked with Stevie previously but saw his concerts. “I’ve been to his shows and stuff. I’d met him backstage, He seemed like a nice fella. But I never actually worked with him (before). But it has been a bit of an ambition of mine, you know,” McCartney said.

30 years later Stevie Wonder appeared again on a Paul McCartney album, this time he played harmonica on the track “Only Our Hearts” from the album “Kisses On The Bottom” (2012). Talking with NME about the collaboration at the time, the Beatle praised Wonder saying he is a genius. “Stevie came along to the studio in LA. He listened to the track for about ten minutes and he totally got it. He just went to the mic and within 20 minutes had nailed this dynamite solo. When you listen you just think, ‘How do you come up with that?’ But it’s just because he is a genius, that’s why.”