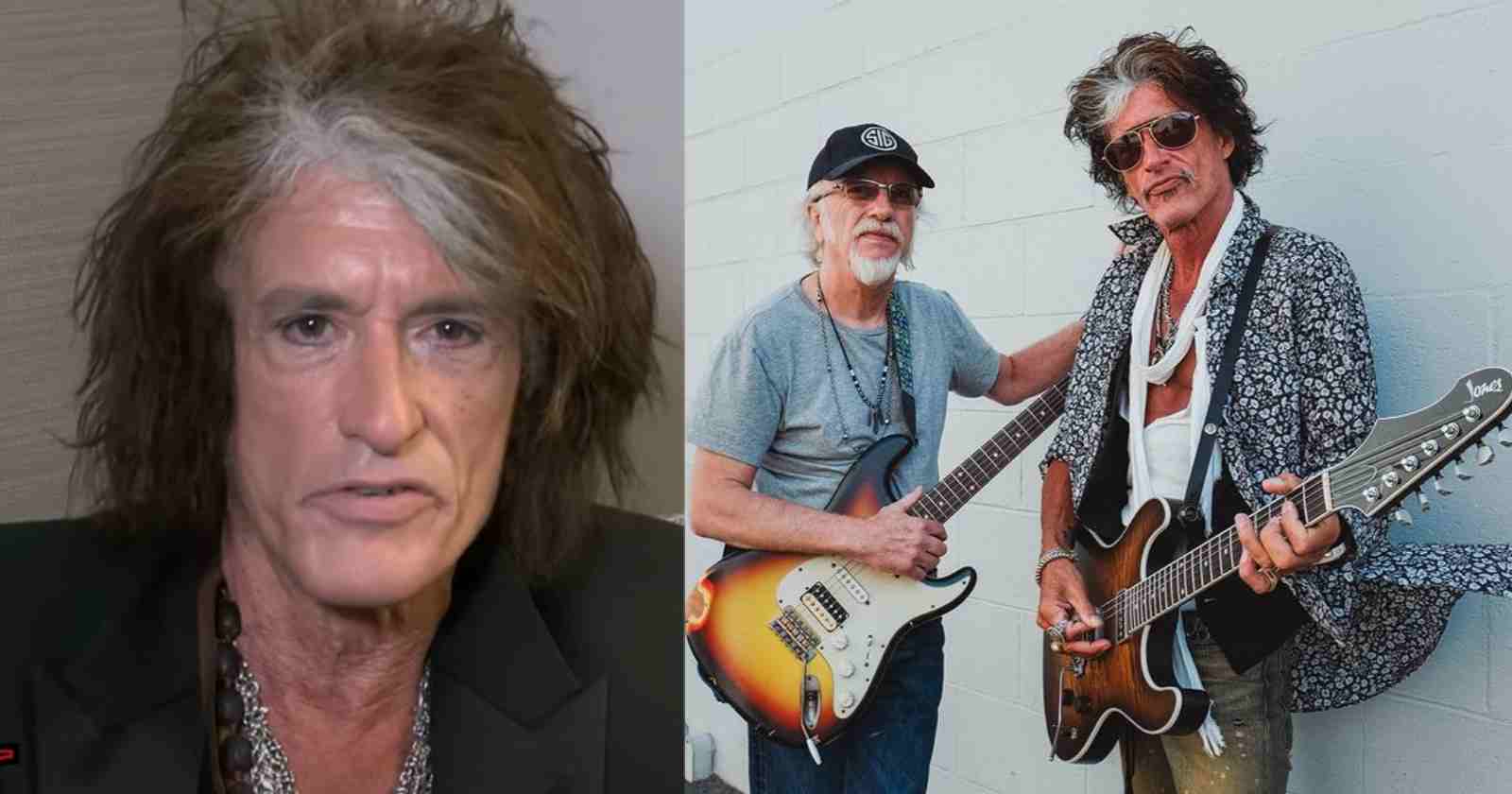 The guitarist Joe Perry first achieved fame as a member of Aerosmith, that became one of the most successful bands in the history of music. Over the decades they have sold an estimated amount of more than 150 million records worldwide.

Many albums made by the band are often mentioned as some of the greatest that were ever recorded. But in Perry’s opinion, the greatest album of all time was made by another American musician in the 60s.

Even though Joe Perry is a huge fan of the early days of Fleetwood Mac, The Yardbirds, AC/DC, The Rolling Stones and more, the album that he said is the best of all time in an interview with Pop Matters in 2009 was “Are You Experienced”, the Jimi Hendrix Experienced debut record released in 1967.

“Are You Experienced by Jimi Hendrix. The title track especially. It summarizes everything that Jimi did inventively on guitar, in his songwriting and in his creativity. There hasn’t been anybody since who’s come close,” Joe Perry said.

That album had many classic tracks like “Foxy Lady”, “Manic Depression”, “Red House”, “Fire” and “Are You Experienced”. By the time that the Jimi Hendrix Experience released that groundbreaking debut album Joe Perry was only 16 years-old. Three after he helped to form Aerosmith.

Some of Joe Perry’s favorite tracks from that album

Talking with Guitar World back in 2013, Joe Perry chose Jimi Hendrix’s track “Fire” as one of his favorite songs of all time. He explained his choice, saying: “Such an amazing songwriter. To have the guitar vocabulary to express what he did was simply incredible. I think the biggest crime is that he’s not still with us. There’s such absolutely furious energy going on in this song. He just snaps out those riffs.”

“And he definitely knew when to stop in the studio. There’s some tremendous energy in the live versions. But he seemed to capture the essence of all the songs in the studio, which is a feat in itself,” Joe Perry said.

Curiously, according to Noel Redding, the late bassist of the band, Hendrix had the idea for the song when he visited Noel’s house. It was a cold new year’s eve and Hendrix asked Noel’s mother if he could stand next to her fireplace to be warm.

Another song from that album that Joe Perry loves is “Red House”, track that he played live in concert with Aerosmith on a couple occasions over the years. One time the group was even joined by the legendary Led Zeppelin guitarist Jimmy Page in the early 90s.

Joe Perry was influenced by many guitarists that appeared in the 50s, 60s and 70s but Hendrix was one of the most important for him when he started playing the guitar. The musician talked about how inspiring the late American guitarist was in an interview with LA City Beat back in 2006.

“Huge (inspiration). Everything he did. Playing within the narrow confines of that blues rock thing, he expanded it beyond what anybody had done before or since. His whole persona was the instrument, everything from his spaced-out lyrics to his blues playing. He was unique, an amazing figure. It was a miracle that he grew up in a time when electric guitar was in its formative stages. He just took it right to the end,” Joe Perry said.

Hendrix died too soon at the age of 27 in 1970 and only had the chance to give the world four albums. But they were enough to expand the horizons of the way people played the electric guitar. In 2020, on the 50th anniversary of Jimi Hendrix’s death, Joe Perry paid tribute to the legendary guitarist, posting a touching message on his Instagram.

“Today is a sad day, 50 years ago the genius of electric guitar passed, way too soon. Some times I think he was just passing thru. Left us and thru his brilliance, showed us how he saw the world and moved on. He made music never heard before and and we’ll never hear again. But thru his music he’ll be with us forever. Rock on JIMI,” Joe Perry said.