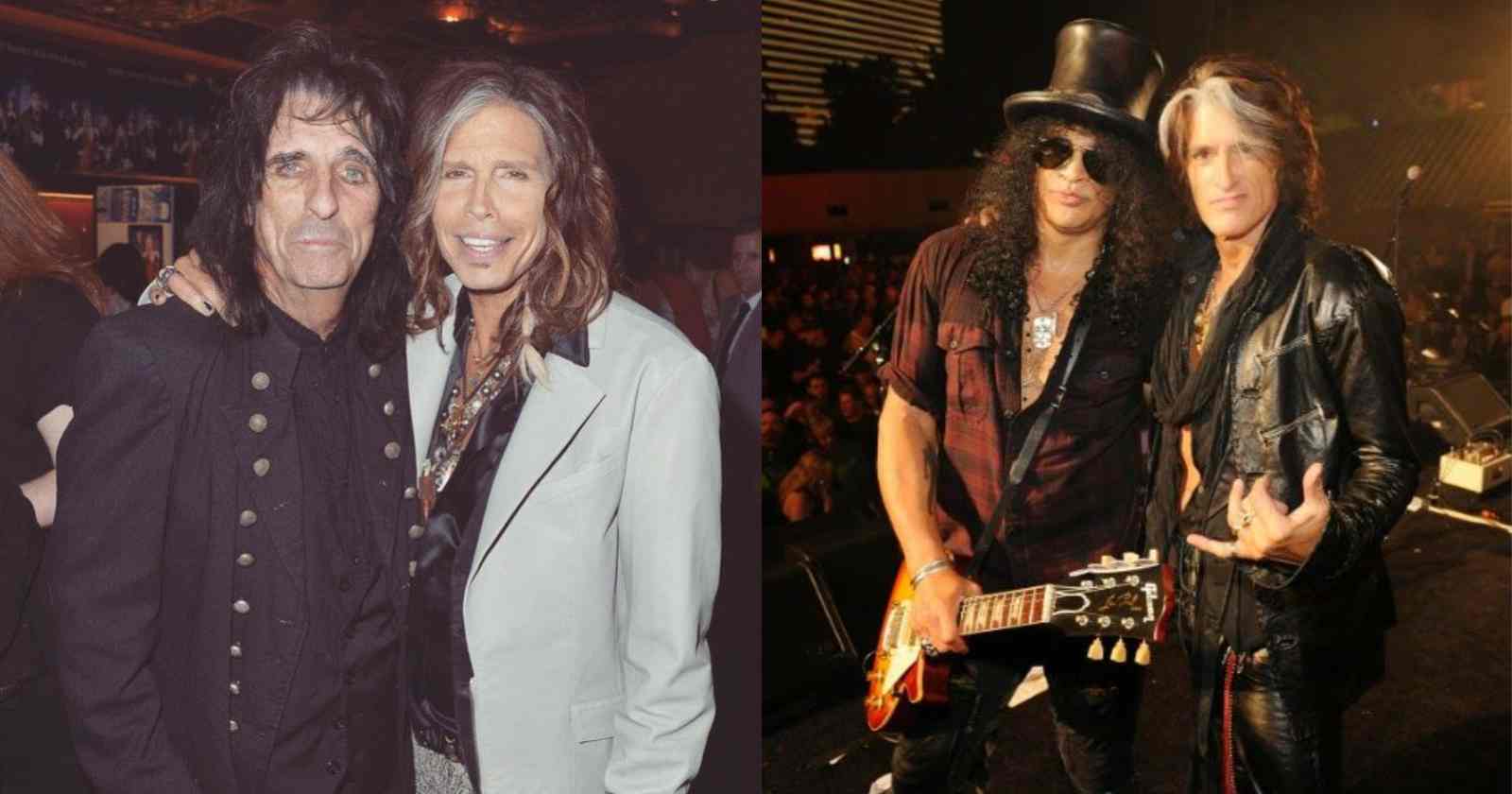 One of the best-selling bands of all time, Aerosmith made history especially in the 70s, 80s and 90s, reinventing their music and reaching more fans in every decade. Many other musicians were influenced by the American group and talked about their music over the years.

Two of them were Alice Cooper, the godfather of Shock Rock, and the famous Guns N’ Roses and Velvet Revolver guitarist Slash. They revealed in an interview with Planet Rock back in 2021 (Transcribed by Rock and Roll Garage) they revealed their favorite Aerosmith records and explained why they are so important.

“We toured with them back in 1989 with Guns N’ Roses but I’ve been friends with them ever since. I grew up around a lot of music and my parents were a lot Rock and Roll. But when I heard the Aerosmith ‘Rocks’ (1976) record that was the catalyst for what I do now, so I give them all the credit for that,” Slash said.

In an interview with Signed Media back in 2010 (Transcribed by Rock and Roll Garage), Slash had already praised the Aerosmith album saying it was a big inspiration for him: “That record came at a time when I was about 14 years-old. I discovered that record at this girl’s house. I’d gone there to sort of basically to get in bed and we had a lot of records. We smoked some pot, had the candles lit and she put the Aerosmith ‘Rocks’ record on. I completely focused on that record for the next hour. I played it over and over again. And forgot about her and sort of blew that whole day.”

“But that record sort of spoke to me because there was a certain attitude on that record and a certain kind of bluesy swagger. It was really loud, really agressive record and it spoke to me as a teenager. So that’s really what sort of set me off on the path of picking up the guitar and sort of the direction that I went,” Slash said.

“Arguably Aerosmith is America’s Rolling Stones. The thing that we (Alice Cooper) have in common with them is the fact that we all started out listening to Paul McCartney, Paul Butterfield, The Yarbirds, The Who, The Beatles, The Stones and all those bands. If you put Aerosmith and Alice Cooper on the same stage we would be able to play you any Yardbirds song. Probably any Who song because we all came up from all that same place. I think that Aerosmith kept it going.”

“Steve has one of the greatest voices in Rock and Roll, I think and one of the great characters in Rock and Roll. Joe (Perry) of course is one of the premier guitar players of all time. Look at all their records and see how classy those records are. So Aerosmith never really let you down. They go for it everytime, that’s what I like about them. They are a pure Har Rock band. I relate to them probably more than any other band out there,” Alice Cooper said.

One of The Yardbirds most famous songs was their cover of the Tiny Bradshaw song “Train Kept A Rollin'”. Aerosmith covered the version that the British group made and released on their 1974 album “Get Your Wings”. The song became present on the band’s setlist over the decades and they even had the chance to play the track with Jimmy Page.