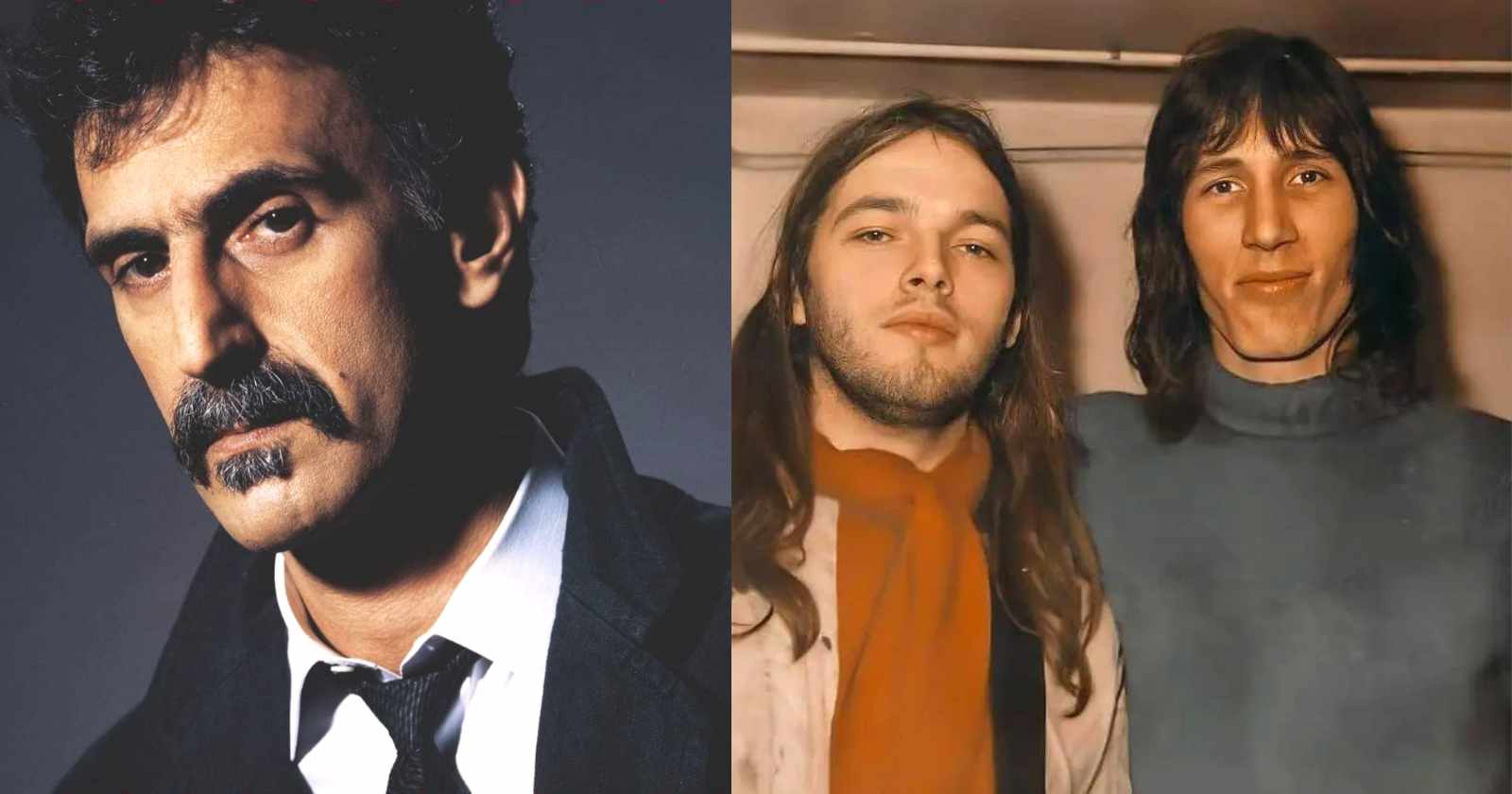 Born in Baltimore, Maryland, United States in 1940, Frank Zappa became one of the most influential artists of all time. It was never easy to label his music since he mixed Rock, Pop, Jazz, experimental and much more. But Zappa was always paying close attention to all other music genres and one of them was the Progressive Rock. In an interview from 1984, made available by Music Vault (Transcribed by Rock and Roll Garage), the musician talked about some bands that in his opinion couldn’t be called Prog Rock groups.

The 9 bands Frank Zappa said that were not Progressive Rock

The interviewer said that the bands they would be highlighting on the TV show would be: Procul Harum, Traffic, Pink Floyd, Jethro Tull, Genesis, ELP, Yes, King Crimson and Devo. Frank Zappa replied, saying: “Is that Progressive Rock? I wouldn’t say so. Questioned by the interviewer, Frank Zappa asked her to name the bands again he would say if they were Progressive Rock or not in his opinion.

Frank Zappa said that sometimes Pink Floyd could be considered to be Progressive Rock and he had the opportunity to jam with the band once. It was back in 1969, when the British band had only released the albums “The Piper at the Gates of Dawn” (1967), “A Saucerful of Secrets” (1968) and “More” (1969).

Zappa was the master of ceremonies of the Actuel Festival, an open-air festival that happened in Amoungies, Belgium. He ended up jamming with several acts at the festival and one of them was Pink Floyd. They performed an extended version of the track “Interestellar Overdrive”.

Four years after the festival, Floyd’s drummer Nick Mason praised Zappa, saying he was “really one of those rare musicians that can play with us. The little he did in Amougies was terribly correct.”

Zappa never met Tull’s leader Ian Anderson. But they almost talked on the phone and Anderson recalled in an an radio interview back in 2016 (Transcribed by Rock and Roll Garage). “Sadly I never got to meet Frank Zappa, we nearly did. And I actually read that he didn’t like Jethro Tull at all back then in the 70s. He rather resented the fact that us British bands Led Zeppelin, Jethro Tull, Deep Purple and so on. We were going over there (United States) and making tons of money. Seemingly while he was struggling to run his band.”

“So he was rather unkind to some of us in the press. (It) was a shame because I was a big Frank Zappa fan at that point. I was in fear of taking up the invitation to call him shortly before he died. I’ve got a message from one of his musicians that I knew. (They) said ‘Frank wants to speak to you, he wants you to call him.’ I thought ‘How do you speak to a dying man? You know, picking up the phone talking to someone for the very first time in what turned out to be the last weeks of his life.”

“It was something that I couldn’t really do. So I called three times and each time I hung up before the phone answered. (I was) in fear of just not knowing what to say. So I feel so bad about that today. I really, really would love to have spoken to Frank. Even if it was to only hear his abuse (laughs), raging down the telephone, whatever he might have said.”

“But this was one of the great albums ‘Over-Nite Sensation’ (1973). ‘Camarillo Brillo’ was the name of the track and uniquely for Frank. He managed to capture these things in a humorous way. But his musicality was absolutely supreme and arrangements are fantastic. His singing, which is kind of throwaway gravelly thing is just perfect for the unique delivery that he had. I for one remember him very, very fondly, indeed. Sorry Frank, I didn’t hang on untill you picked up the phone.”

Like many British Progressive Rock bands, Genesis was also formed in 1967 and after many successful albums with Peter Gabriel on vocals the band transformed their sound when he and guitarist Steve Hackett left. As a trio, featuring Phil Collins on vocals and drums, Mike Rutherford on guitar and Tony Banks on keyboards the band simplified their music and became even bigger.

Curiously the band’s ex-touring drummer Chester Thompson had worked with Zappa before joining the band. Phil Collins recalled in an interview with UK Music Reviews that it was after hearing a Frank Zappa track with Thompson that he decided to hire the musician.

“The thing with me and Chester was actually born out of one little moment in a Frank Zappa track. Frank recorded an album called Frank Zappa & The Mothers Live At The Roxy back in 1973 which featured both Chester and Ralph Humphrey on the drums. When I heard the power of that on certain things I simply wanted some of that. I wanted to be a part of it and that is when I asked Chester to join Genesis. At that point I hadn’t even met him. I just asked him to join the band because I knew that he and I could do some good stuff together,” Phil Collins said.

One of the first supergroups in the history of music, Emerson, Lake & Palmer was formed by keyboardist Keith Emerson, singer and bassist Greg Lake and drummer Carl Palmer. They have sold an estimated amount of 48 million records worldwide and were a huge influence for many bands over the decades. Zappa also said that they were a Prog Rock band only sometimes.

According to the late Keith Emerson, as he revealed in an interview with Innerviews back in 2015, Zappa once asked for his help. “Going back to 1969, I was quite friendly with Frank Zappa. Frank wanted to meet me. He was distrusted by orchestras in England. He referred to them as a bureaucracy. So he asked me ‘How do I go about working with them?’ He knew I had already done it. As well as my contemporaries including Jon Lord and Rick Wakeman. Working with an orchestra takes a different sort of mental energy. It can be very intimidating.”

“Back in the ‘60s, if you were known to be in rock and roll, particularly in England, the orchestras sometimes had an attitude towards you. Frank wanted to know how to deal with these people. I said to Frank ‘I’ve heard some of your stuff. I think the English, who are very conservative. (They) are put off by titles like ‘Why does it hurt when I pee?’ [laughs] I went on to say he had to start gently when he approached orchestras,” Keith Emerson said.

Devo: “No. I wouldn’t describe Devo as Progressive Rock”

The only American band from the list, Devo was formed in Akron, Ohio in 1973 and beecame known for the hit “Whip It”. Zappa said that he wouldn’t describe Devo as Progressive Rock and was questioned if he considered his own music Prog Rock.

“I wouldn’t describe myself as Progressive Rock either. In fact, a lot of times is even Rock and Roll at all. It just happens to be consumed by a Rock and Roll audience,” Frank Zappa said.

Formed in London back in 1968, Yes is another band that just like Genesis transformed their sound in the 80s to a more Pop approach and released very successful albums. Is another band that Frank Zappa classified as Prog Rock only “sometimes”.

Nowadays, the only two classsic members of the band are the guitarist Steve Howe and the keyboardist Geoff Downes.

Another band from London formed in 1968, King Crimson also wasn’t considered a Prog Rock band all the time by Frank Zappa. Incorporating Classical, Jazz, Folk and experimental music, the band achieved fame with their praised debut album “In the Court of the Crimson King” (1969). That record had their most famous track “21st Century Schizoid Man”. Zappa said that “sometimes” they were a Progressive Rock band.

In almost 60 years of career, the only constant member of the band has been the guitarist Robert Fripp. Besides him, the band also had musicians that formed or were part of other famous groups like Greg Lake, Ian McDonald, John Wetton and Bill Bruford.

They are best known for the classic hit “A White Shade Of Pale”, which became one of the few singles to have sold over 10 million copies worldwide. Other famous songs released by the band are “Conquistador”, “Homburg” and “A Salty Dog”. “Feelin’ Alright?” and “Forty Thousand Headmen”.

The band remained active until 2022 when the composer, keyboardist and vocalist Gary Brooker died at the age of 76.

Traffic is another group that for Frank Zappa couldn’t be labeled as Progressive Rock. The band was formed in Birmingham, England back in 1967 by Steve Winwood, Jim Capaldi, Chris Wood and Dave Mason.

When asked if he thought that he could have been an influence to any of the bands mentioned, Frank Zappa said that ‘It’s always a possibility”.