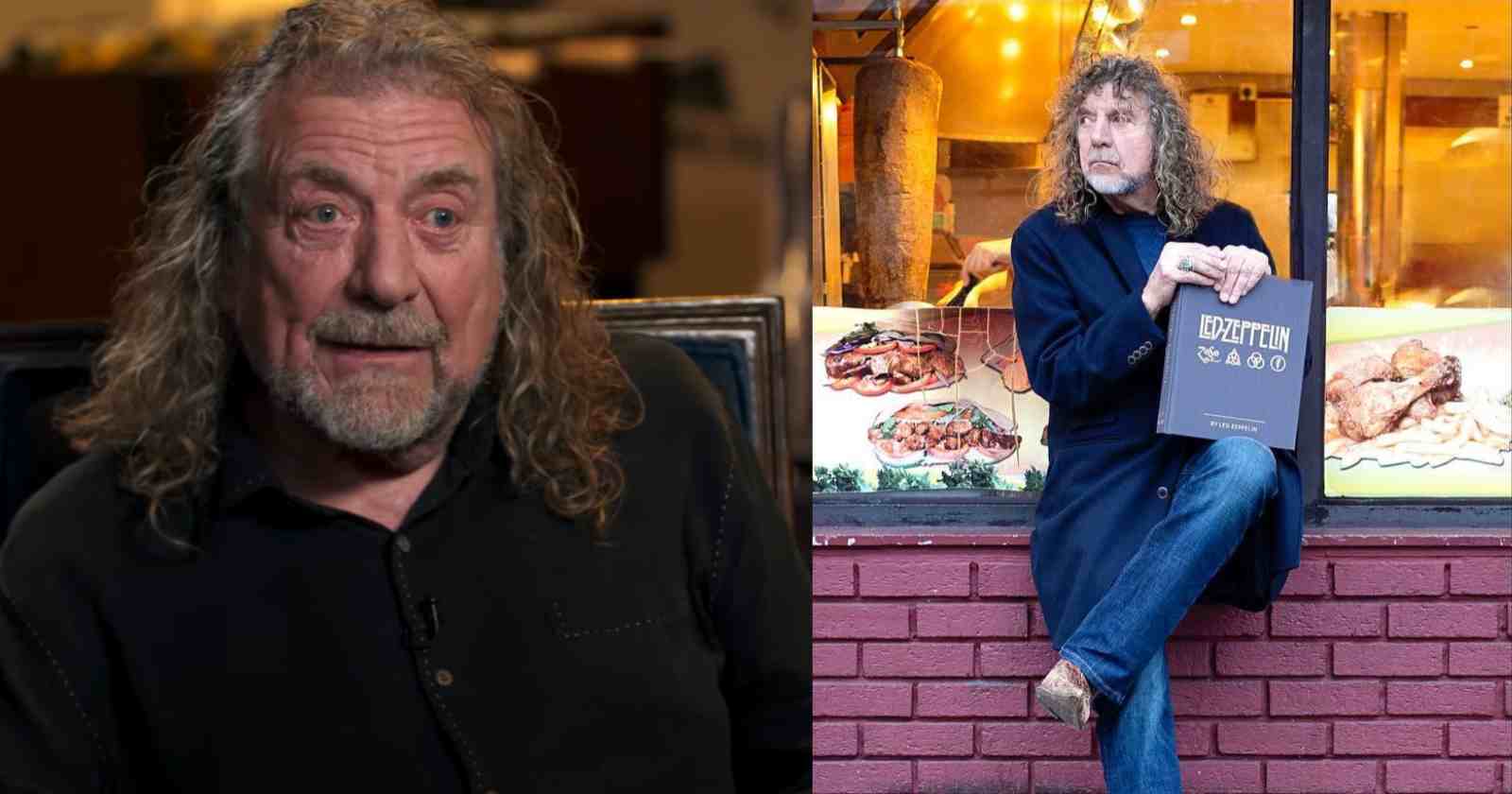 The legendary Led Zeppelin vocalist Robert Plant helped to create many incredible songs with the band and during his solo career that many fans around the world would take to a desert island. He is still considered one of the most influential vocalists of all time and with Zeppelin he have sold an estimated amount of 200 to 300 million records worldwide, what makes the band one of the best-selling groups in history.

In an interview with BBC Radio 4 in 2022 (Transcribed by Rock and Roll Garage), Plant listed the 8 songs that he would take to a desert island and explained why they are so important to him.

As Plant said, “Ohio” is a protest song inspired by the Kent State shootings of May, 4, 1970. The track was written by Neil Young after he saw the photos of the incident in Life Magazine. The song was released as a single by the supergroup Crosby, Stills, Nash & Young in June, 1970, only one month after the tragic events.

“April 1960 I was 12, nearly 12 and already something was knocking on the door. That April Eddie Cochran was killed in a car wreck in Chippenham. He recorded loads and loads of really provocative, very well produced songs. So this one now is called ‘Ping Peg Slacks’ and I really wanted to know what the whole deal was around the corner and ‘can I have some? Pink Peg Slacks,'” Robert Plant said.

The American Rock musician Eddie Cochran died too soon at the age of 21 in a tragic accident in the United Kingdom as pointed by Robert Plant. Cochran was active in the music business from 1954 until his death in 1960. Also some of his most famous tracks are ” Twnty Flight Rock”, “Summertime Blues” and “C’mon Everybody”.

“When I was invited to do this program I started looking at something that I would say ‘wouldn’t be ‘Nellie The Elephant’, wouldn’t be the ‘Runaway Train’. So it would be something that made me just stop and feel the goosebumps. This was the first song that did that to me,” Robert Plant said.

“Birmingham Town Hall had several years of these remarkable visitations from musicians like Muddy Waters, Howlin’ Wolf, Little Walter. So I’ve chose this record because Howlin’ Wolf to me he is like the century of all of it all. He’s magnificent, strong, powerful and his lyrics, I think came a lot from Willie Dixon, make his songs absolutely otherworldly. So this a Howlin’ Wolf song called ‘I Ain’t Superstitious,'” Robert Plant said.

Written by Willie Dixon and first recorded by the legendary Blues singer Howlin’ Wolf in 1961, “I Ain’t Superstitious” became one of the most famous Blues tracks of all time. It was also was successfully covered by Jeff Beck. Other famous songs released by Wolf are “Smokestack Lightnin'”, “Killing Floor” and “Spoonful”.

Plant explained that he first heard this track during the time before Led Zeppelin’s success when he worked as a laborer. “There I was, far from home and I met this magnificent lady who would later become my wife. She was from a great anglo-indian family, they gave me a home.”

“I’ve put bitumen on West Bromwich high street, drived the dumper and stuff. At the end of it all I ended up in the Casa Bamboo in West Bromwich with a bunh of west indians and a lot of Jamaicans just listening to the most deep Ska. So this was one of my ever time favorites,” Robert Plant said.

Baba Brooks was born in Jamaica in 1935 and became a trumpet player who played Jazz in the 50s with the Eric Dean orchestra. During the following decade, in the 60s, he recorded original Jamaican Ska material for many famous producers.

“My wife’s family was in a little street in West Bromwich. There was a gujarati family who lived the other side of the doorway. They were busy cooking dhal and frying up onions and spices, listening to this music. So I used to knock on their door, instead of the family’s door and bring me a bowl of ghee and I’d just sit and listen to this music.”

“It just epitomizes the extravagance of color and goodness knows what else about this era of Indian Bollywood music. It’s a guy called Mohammed Rafi. It’s just insane. So listen to this orchestration and stuff, it’s just magnificent and the food was great,” Robert Plant said.

Mohammed Rafi was born in Bombay, India back in 1924 and became an influential playback singer and musician. He is remembered for his notable range and versatility. During his career he also received several awards for his music and became one of the most important artists of the Indian subcontinent. He died in 1980 at the age of 55.

In 2003 he went to a music festival in the desert, north of Timbuktu, Mali. “You cannot imagine for a second how that felt. Going from Birmingham airport to Paris to Bamako. Getting on a little plane with somebody from blue peter, some kid who was checking out the lifestyles of kids in Timbuktu. Then getting off and going north.”

“But in the middle of it all I saw and heard some of the most remarkable music. A magnificent band from Mali called Tinariwen and Ali Farka Touré when they were playing. And this is ‘Diaraby’ from the album he made with Ry Cooder,” Robert Plant said.

As pointed by the Led Zeppelin vocalist, “Diaraby” was featured on the 1994 album “Talking Timbuktu”, that Ali Farka Touré recorded with the American guitarist Ry Cooder. The album was awarded with the Grammy, being considered the best “World Music” album of that year. Ali Farka Touré, who died in 2006 at the age of 66, was an influential Malian singer and multi-instrumentalist. He also was considered by many magazines, like Rolling Stone, as one of the best guitarists of all time.

“I’ve played with Alison Krauss in that tribute to Lead Belly. So I’d have to play a song that I recorded with her. It’s a Doc Watson song, really beautiful and it’s called ‘Your Long Journey’,” Robert Plant said.

Robert Plant and the American singer Alison Krauss have already released two studio albums together. The first one in “Raising Sand” (2007) and the second one “Raise The Roof” (2021). Both records are focused on the Americana, Folk and Country music. They also toured together around the world several times presenting the catalogue from both records.