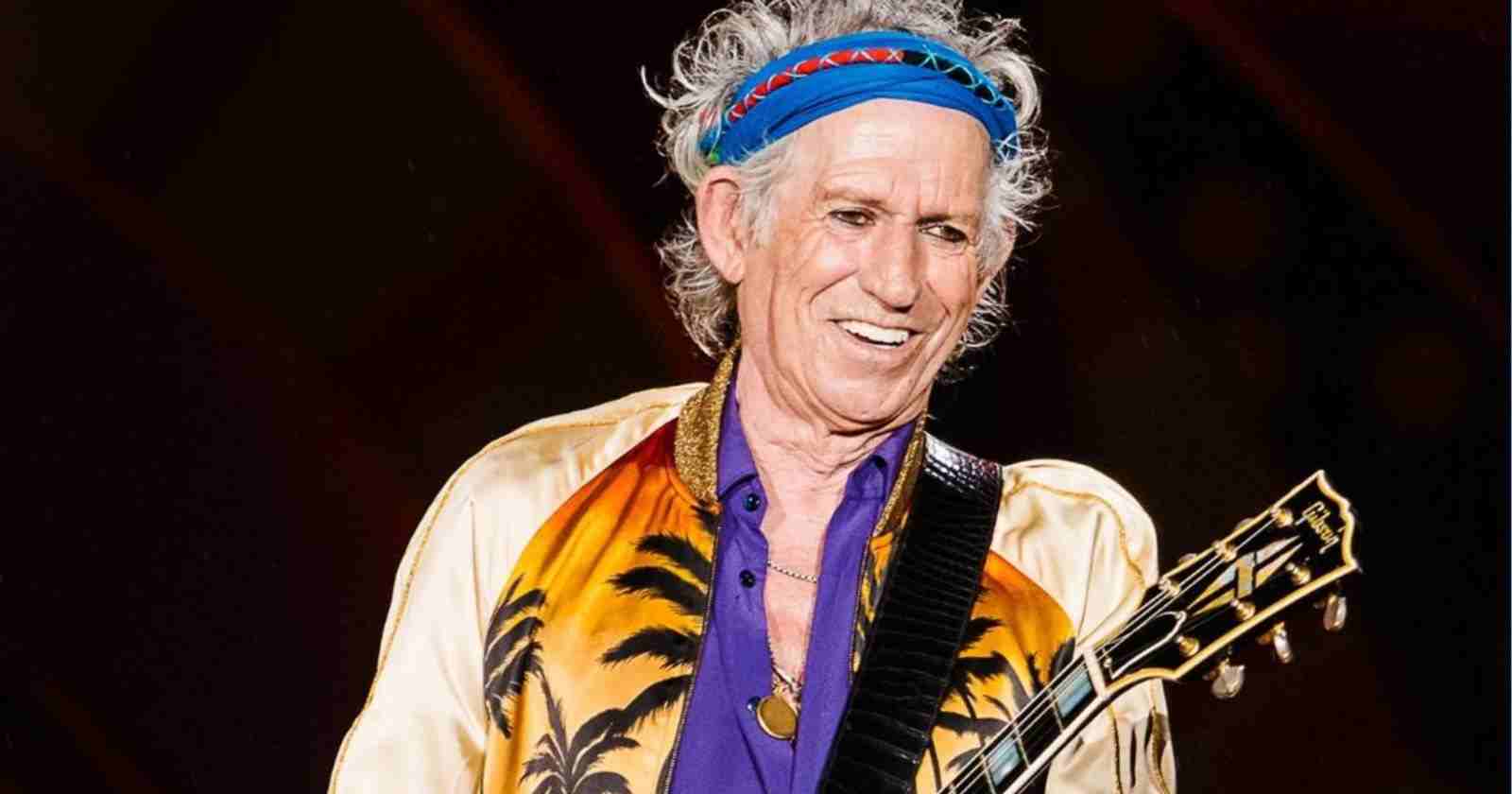 Rolling Stones guitarist Keith Richards is an inspiration for millions of musicians since the band became famous in the 60’s. The musician revealed in an interview with BBC back in 2015 some of his influences when he listed the 8 songs he would take to a desert island.

The 8 songs Keith Richards would take to a desert island

“Wee Wee Hours” is a song written and recorded by Chuck Berry in 1955. Originally released as the B-side of his first single, “Maybellene”, it went on to become a hit, reaching number 10 in the Billboard R&B chart.

The song is a twelve-bar blues. Described as “a slow, sensuous blues featuring some exceptional piano from Johnnie Johnson”. Wee Wee Hours” was on the audition tape submitted by Berry to Leonard Chess in hope of landing a recording contract with Chess Records. Although it seemed like a good fit with the record company’s blues roster, Chess was more interested in the song that became “Maybellene”, the song that launched Berry’s career as a rock and roll star. Chuck Berry, Eric Clapton and Keith Richards played the song together live once.

“You Win Again” is a 1952 song by Hank Williams. In style, the song is a blues ballad and deals with the singer’s despair with his partner. The song has been widely covered. Including versions by Ray Charles, Jerry Lee Lewis, Roy Orbison, the Grateful Dead, Bob Dylan, and the Rolling Stones.

“My True Story” is a song by Aaron Joseph Neville, American R&B and soul vocalist and musician. He has had four platinum albums and four Top 10 hits in the United States, including three that went to #1 on Billboard’s Adult Contemporary chart. His debut single, from 1966, was #1 on the Soul chart for five weeks.

He has also recorded with his brothers Art, Charles and Cyril as The Neville Brothers and is the father of singer/keyboards player Ivan Neville.

Etta James “Sugar on the Floor”

“Sugar on the Floor” is a song by Etta James. It was released in Deep in the Night, her thirteenth studio album (1978). She was an American singer who performed in various genres, including blues, R&B, soul, rock and roll, jazz and gospel. Starting her career in 1954, she gained fame with hits such as “The Wallflower”, “At Last”, “Tell Mama”, “Something’s Got a Hold on Me”, and “I’d Rather Go Blind”.

Freddie Scott “Are You Lonely for Me”

“Are You Lonely for Me” was written and produced by Bert Berns (aka Bert Russell), is a song first recorded by Freddie Scott. The single was Scott’s highest charting single on the R&B chart, hitting the number-one spot for four weeks, in early 1967. “Are You Lonely For Me” was also Freddie Scott’s second and last Top 40-hit single.

The song “Extra Classic” was recorded by Gregory Isaacs. The Jamaican reggae singer, considered one of the most sophisticated voices in the genre . His songs became great classics of romantic reggae and in a list with more than 500 recorded albums.

Nigel Kennedy is a British violinist. Kennedy attended Yehudi Menuhin School, having been a student of Yehudi Menuhin himself. Later at Juilliard School in New York under Dorothy DeLay. He is best known for his recordings of Antonio Vivaldi’s Four Seasons.

Little Walter “Key to the Highway”

“Key to the Highway” is a blues standard that has been performed and recorded by several blues and other artists. Blues pianist Charlie Segar first recorded the song in 1940. Jazz Gillum and Big Bill Broonzy followed with recordings in 1940 and 1941. Using an arrangement that has become the standard.

When Little Walter updated the song in 1958 in an electric Chicago blues style, it became a success on the R&B record chart. A variety of artists have since interpreted the song, including Eric Clapton, who recorded several versions.