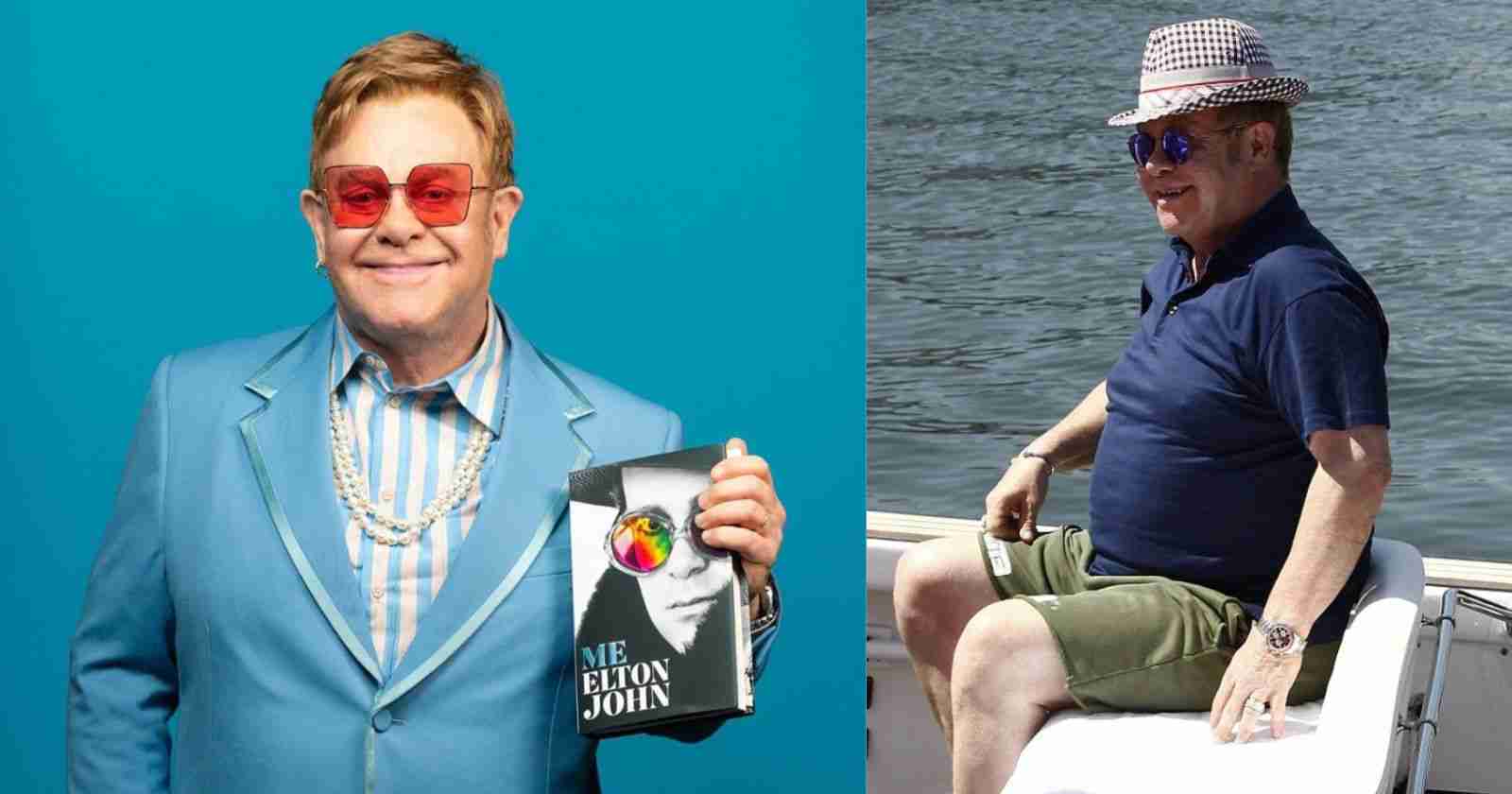 Legendary musician Elton John revealed in an interview with BBC radio back in 1986 which songs he would like to take to a desert island and explained why he loved them so much. The musician said that many records were chosen because of the memories attached to the songs.

The 8 songs Elton John would take to a desert island:

“I went to Barbados in 1976 and I’d been really succesful from 1970 to 76 in America and all over the world. I was really quite shattered physically and mentally and I never really had a long holiday in the West Indies at all. We went to Barbados, Bernie Taupin, my lyric writer and myself, we had two houses on the beach. You know, there are certain records that you remember and it was a Pink Floyd album called “Wish You Were Here” and I always remember one day we were sitting on the beach and this lady came down in tears and said ‘Listen, my son is dying of cancer, can he come down and say hello to you?’.”

“And we said ‘Of course, bring him down for tea’. Well, they brought him down, they carried him down, and he was like just skin and bone, there was nothing off him. He came down every day and at that particular time the track from this album we used to play was ‘Shine On You Crazy Diamond’ and one night at the sunset, we all held hands, put the track on, I’m not particularly religious, but we said ‘Okay, let’s just hope he gets better’, that was it.”

“Then three years later I was playing in Washington DC, there was a knock on my hotel door and this guy said ‘Hi, it’s Steve’ and I said ‘Yes, can I help you?’. It was the same boy, who was muscular like a Sylvester Stallone. Completely healthy and yet if you had seen this boy, you know, he was literally three months to live. So I always remember this track and it’s a wonderful track that brings back a happy memory”.

Nina Simone “I Put A Spell On You”

“I’ve always love Black Music, good Soul singers are unbeaten and Nina Simone is one of my favorite singers of all time. This an old record of her but the classic “I Put A Spell On You”.

“When I was at the academy I didn’t particularly enjoy it that much (Classical Music), excect as a pianist you like to play Chopin. Because it’s just beautiful, but consequently I love English sort of Classical Music and I’m a great Edward Elgar fan. ‘The Variations’ I take everywhere in the world. If I go somewhere I’ve always got a cassette of the ‘Nimrod Variations’. I just like to sit there, especially in the West Indies. Just to sit there on a sunset and play with heaphones on and just look out to the sea. I start crying and I’m terribly emotional”.

“I really got to choose some up-tempo ones (songs) and I do love good Rock and Roll music. This is The Rolling Stones, they write great Rock and Roll songs, it’s called ‘Let It Rock’ and I put it on the beach, going crazy after getting up from ‘Nimrod'”, Elton John said.

William Henry Monk “Abide With Me”

Elton explained that this song was chosen because of his relation to Football, especially when he bought Watford FC: “It happened so quick, you know, we’ve got from the 4th to the 1st and into the cup final in about 7 years. The reason we did it it’s because we worked as a team of people. From Graham Taylor, manager Eddie Plumlee, Burton, me and the team. There is great discipline there from the mantle, I never interfere the Board of Directors, never interfires with managerial decisions, or anyhting, because Graham is a one-off person, he really is, he got that club going more than I. I provide the money, the capital.”

“I provided, I think, a lot of his enthusiasm and a helping hand. But he did a hell of a lot of work. Graham thought it might take 5 years to get to the second and we got there much quicker. The spirit within the club has always been very dear to me and when we got to the cup final, the first cup final for a long time that I’d heard of by with me, without anybody’s singing obscenities over it and Everton won it. I was dissapointed but I know next time I’d love to win it, I would want to lose it. But just to stand there in the road box  and seen 25.000 supporters have won in and going on the pitch, you know, it was just wonderful.”

This one is an extraordinary piece of music by a Jazz musician called Thelonious Monk, who of all the Jazz musicians has the most wonderful sense of humor. This is from an album, a double album that was attached to a compilation album of people playing his tracks. That was released a couple of years ago and this track  ‘Misterioso’, includes a piano solo, which I think is one of the most beautiful piano solos I ever heard. Because it’s got ferocity touch and it’s just incredible, it’s by a guy called Kenny Kirkland, playing the piano, who now plays with Sting. This always cheers me up,” Elton John said.

John Lennon “Stand By Me”

‘When I met him, in the mid 70’s I used to wear dark glasses and I still use them as a real sort of shield, because I’ve been always shy in anything, John had the wonderful ability to go into a room full of people that he didn’t know or had nothing to do with and it could come from any background in the world and be nice to everybody.”

“Just taking general interest and be genuine about it. I thought ‘Oh my god, I wish I could be like that’. I really knew him well for a year and then he met Yoko and got married, they had Sean and I sort of left him alone. You don’t have to be good friends with someone and see them all the time. He was just so nice to people, I mean, he could be crazy and very mean. But he was never that to me. I never really saw that side of him.”

“For example, in New York he would take my mom and dad out. He would take my band to the airport. There was something about him which was incredibly kind. I’ve only ever saw his kindness. I didn’t want to sit down and hear one of his songs because they were all such personal, his lyrics were very, very personal. So I thought I’m going to choose an unattractive song.”

Wham! “Wake Me Up Before You Go-Go”

“I’ve tried to choose the records because of the people involved or because I’ve had some special memory. I’ve chosen a record by Wham! and people gonna say ‘Oh my god”. I just happened to love this record “Wake Me Up Before You Go-Go”. Because it sounds like an old Motown record and those wonderful Motown records by The Supremes, The Four Tops, Marvin Gaye”.

“I’ve been in the studio from time to time again, trying to recreate a Motown sound and get that sound you can’t do it. When I first heard this record I didn’t know it was George singing. I thought it was an old Motown or something. The musicianship on this is quite astonishing. The bass player Dionne Estes, who I got to play on my new record. Because I’d heard this record, so to hell with everybody else. George Michael will be around for a long time,” Elton John said.