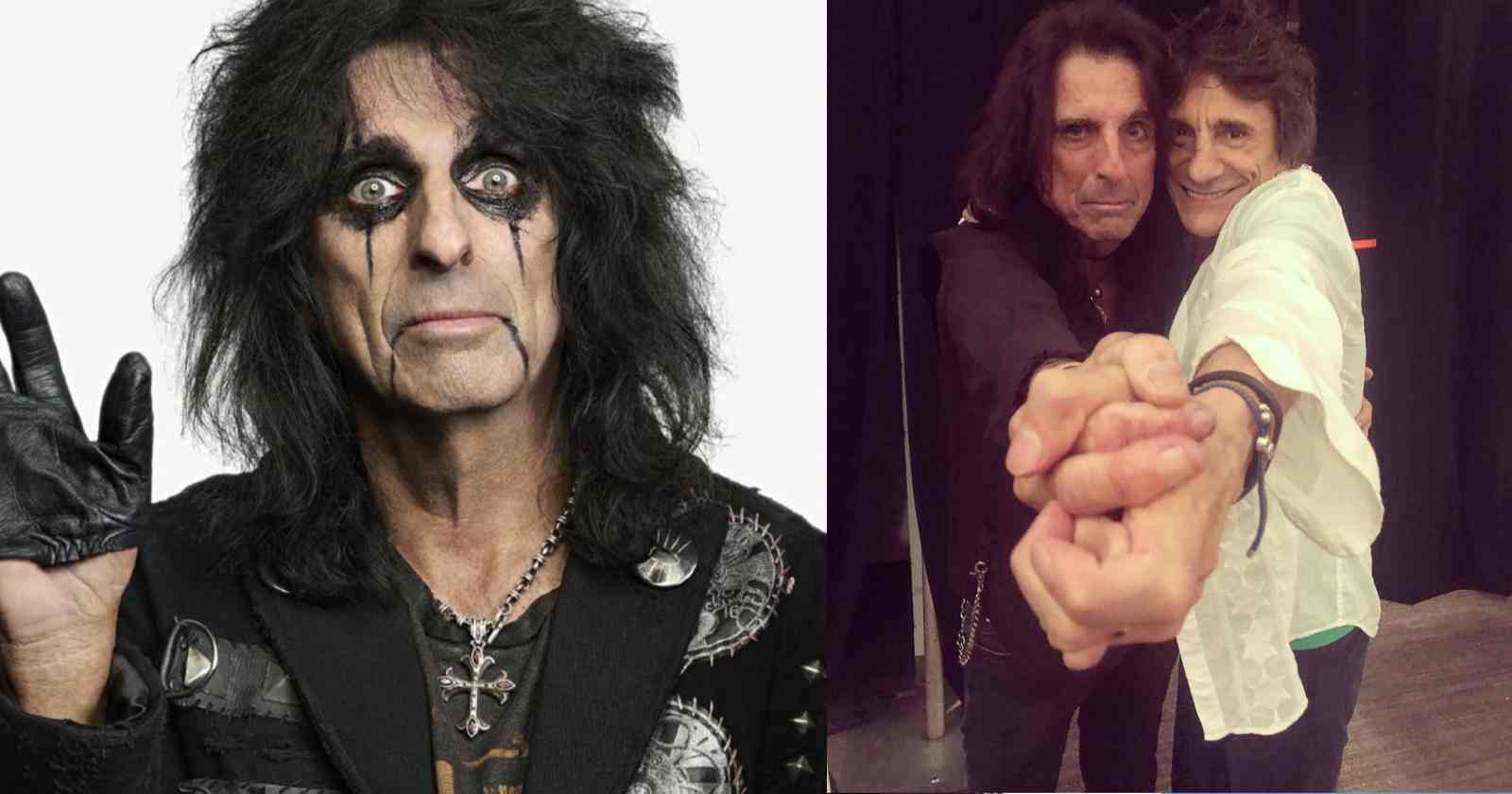 Alice Cooper. the godfather of Shock-Rock revealed in an interview with BBC Radio back in 2010 the 8 songs he would take to a desert island and explained why he likes so much. The songs show the variety of his musical taste and background.

The 8 albums Alice Cooper would take to a desert island:

“Well, Yardbirds were our biggest influence. When we were kids we learned all The Beatles songs, we learned all the Rolling Stones songs. Those were the two staples, that was all you needed to know, then from there you started growing out into your own style. So The Who and The Yardbirds were the two bands that really, really made us stop the car and go ‘what was that?’ And this song in particular was one that to this day nobody made a record as inventive as this record.”

The Beach Boys “I Get Around”

“When I was 12 I lived in Van Nuys, California and The Beach Boys were the thing pre-Beatles. ‘I Get Around’ came out and it was unique to anything that was out there and for some reason it spoke for every kid, you know, ‘I’m gettin’ bugged driving up and down the same old strip, I gotta finda new place where the kids are hip’.

“The Who had a strange combination, they could play big heavy songs like ‘My Generation’ but they had a pop feel too. So they made records that were really good like ‘Substitute’ and I picked ‘I’m a Boy’, that was real British invasion Rock.”

“Laura Nyro may be the most underrated songwriter of all time. But her first two albums, every song is a hit. The second album ‘Eli and the Thirteenth Confession’ just crushed me, had me by the throat, like a Burt Bacharach, you know. So she was the female Burt Bacharach, that album, I worn it out ten times.”

“Our band devoured records, we loved records from England. because the English bands were very creative and they were doing all these things. We put on this record called ‘In the Court of the Crimson King’ by King Crimson and all of sudden the song ’21st Century Schizoid Man’. So I listened to it and said ‘nobody can play like that’. I’ve heard thousands of bands, other than Frank Zappa & The Mothers, nobody plays like that and it was King Crimson. So I literally was just speechless.”

“Another song that made me literally stop the car, this one song came on Jane’s Addiction ‘Been Caught Stealing’ that wasn’t like anything. So it wasn’t like any song I’ve ever heard and to this day still is one fo the most unique records ever made.”