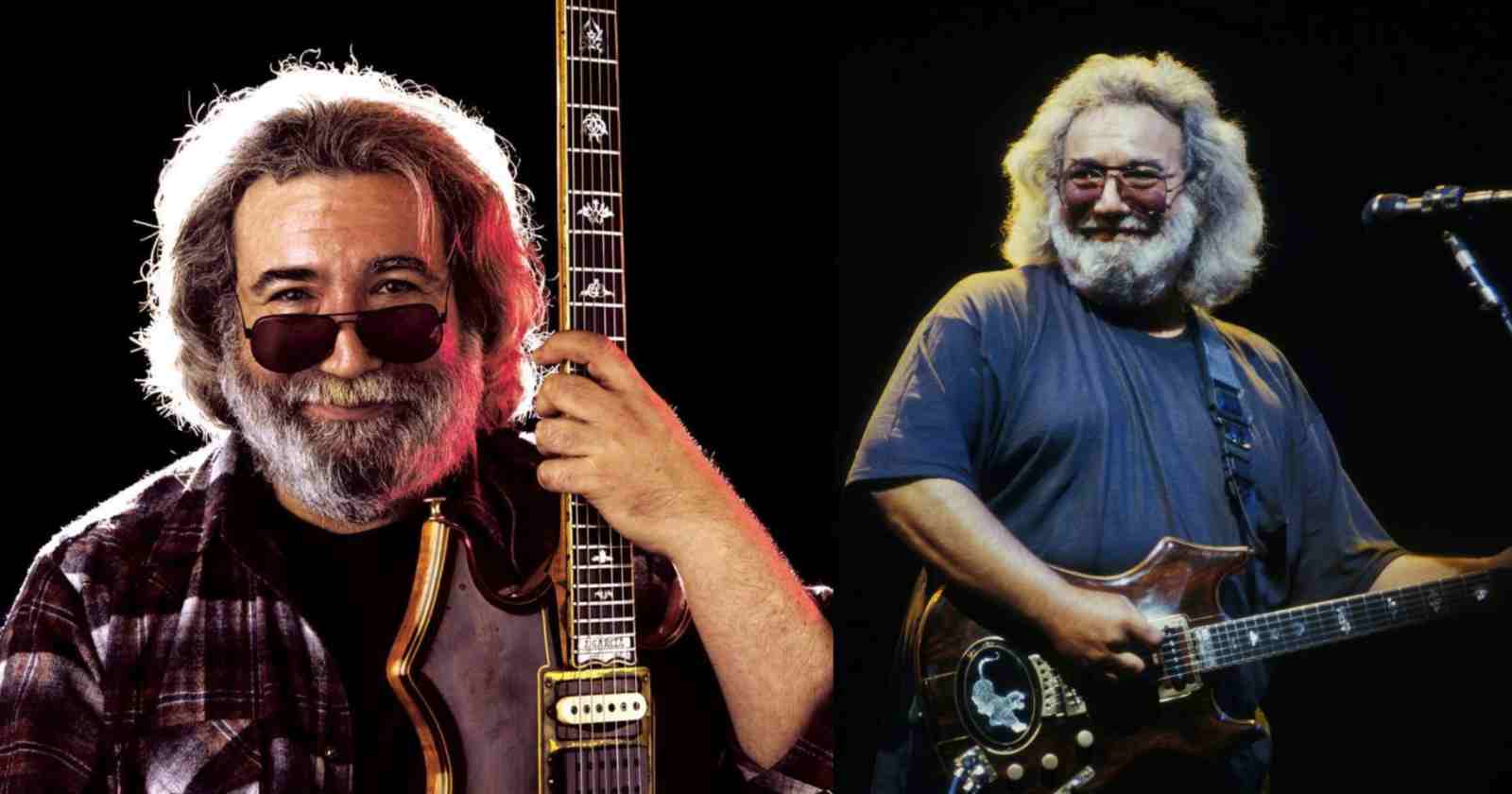 The guitarist and singer Jerry Garcia was one of the founders of The Grateful Dead, group that became of the most successful live bands from the United States. His career was sadly cut short back in 1995 when he died at the age of 53, victim of a heart attack.

Even though his band was known for their long jam sessions on stage and for their psychedelic sound, Garcia loved many other Rock and Roll genres. To show more of his musical taste, Rock and Roll Garage selected the 8 bands that Jerry Garcia said he liked.

Cheap Trick, the band from Rockford, Ilinois, is certainly one of the groups that many Grateful Dead fans couldn’t imagine that Garcia but he praised them in an interview with WCMF back in 1978. (Transcribed by Rock and Roll Garage) “Some of that stuff I really like a lot. The so called New Wave music. Well, I really like the band Cheap Trick. I like them a lot. They’re great. I think they’re really great. What I like about it is the spirit, you know.”

When Jerry Garcia talked in Relix magazine in 1980, Jerry Garcia was asked if he liked to listen to the radio and what kind of music he was listening to at that moment. The musician then listed a few bands and one of them was Pink Floyd. “Just the stuff that hit everybody. I like ‘The Wall’ a lot. Everybody likes that.”

Pink Floyd’s “The Wall” was released in 1979 and had many classics like “”Another Brick in the Wall”, “Mother”, “Hey You” and “Comfortably Numb”.

The album became the band’s second best-selling album with over 30 million copies sold worldwide. “Dark Side Of The Moon” released 6 years before, in 1973, have sold an estimated amount of 45 million copies worldwide.

“I don’t think there’s anybody who’s consistently putting out great stuff, time after time after time. But everybody’s got something to say and there’s moments in all of this that are real excellent. I go for the moments. I keep listening till I hear something that knocks me out. Dire Straits-I love that band. It’s hard not to like that band,” Jerry Garcia said.

Dire Straits was formed in London, in 1977 by Mark Knopfler, David Knopfler, John Illsley and Pick Whiters. The band came to an end in 1995 after Mark Knopfler decided to pursue his solo career. They have sold an estimated amount of 120 million records worldwide. Also were inducted into the Rock and Roll Hall Of Fame in 2018.

The Beatles were the most important Rock and Roll band of all time that influenced almost every artist since they appeared and it was not different with Jerry Garcia. The musician talked in an interview with Rolling Stone magazine back in 1972 about how inspiring the British band was. Over the decades he covered Beatles’ songs live many times.

“The conscious thing of the artistic world, the Beatles were accomplished in all that stuff. It was like saying, “You can be young, you can be far out, and you can still make it.” They were making people happy. That happy thing – that’s the stuff that counts – something that we could all see right away,” Jerry Garcia said.

Another legendary musician that Jerry Garcia liked was Bob Dylan and he praised the musician in the 1972 interview with Rolling Stone magazine. “Dylan was able to tell you the truth about that other thing. He was able to talk about the changes that you’d go through, the bummers and stuff like that – and say it, and say it in a good way, the right way. I dug his stuff really from “Bringing It All Back Home.”

“Back in the folk music days I couldn’t really dig this stuff but on ‘Bringing It All Back Home’ he was really saying something that I could dig, that was relevant to what was going on in my life at the time. Whether he intended it that way or not is completely unimportant,” Jerry Garcia said.

The two musicians had the chance to share the stage in 1987 when The Grateful Dead and Bob Dylan toured in North America. They played together and separetly during that tour. Two years later, in 1989, they released a live album called “Dylan & The Dead” that was produced by John Cutler and Jerry Garcia. All the tracks were Dylan songs played with Grateful Dead live.

The British musician Gary Numan, famous for hits like “Cars” and “Are ‘Friends’ Electric?” is another artist that many Grateful Dead fans wouldn’t imagine that Garcia liked. He praised Numan in an interview with New Musical Express back in 1981. “I like Gary Numan a lot. Sure do. No (I haven’t seen him in concert), but I would like to. I think his stuff is really interesting. I think he’s got a real thing. (So) I like people who have a real conviction about what they do. Convinced that they have something to say and a real way to say it.”

The interviewer then said that Garcia should get in touch with Numan and record something together and he replied: “Oh no! I’d be intimidated by him. Shit yeah…these guys all seem so much more together than I feel. I feel like someone who is constantly on the verge of losing it, of blowing it. I feel tremendously insecure. When I see people perform with such panache… I don’t see how they do it. It takes tremendous nerve, tremendous balls,” Jerry Garcia said.

The British musician Elvis Costello is another artist that appeared in the late 70s and Jerry Garcia liked. Talking with WCMF in 1978, the late Grateful Dead member was asked about Costello’s song “Watching The Detectives” and he replied: “I like it. I like Elvis Costello”.

Curiously, the British artist is a big fan of The Grateful Dead and even had the chance to play on stage with Garcia in the late 80s.

In an interview with Musician magazine in 1991, done side-by-side with Jerry Garcia, Costello talked about the American band. “I think one thing that’s overlooked about the Dead is the strength of the songs. If it wasn’t for all the cultural baggage that comes with the Grateful Dead, and maybe the name being in one way a defense and in another an alienating thing. Also if you were Norwegian or something, I think by now you’d be regarded as a sort of super jazz band.

Zevon was known for songs like “Werewolves of London”, “Lawyers, Guns and Money” and “Excitable Boy”. He died at the age of 56 back in 2003, victim of cancer.