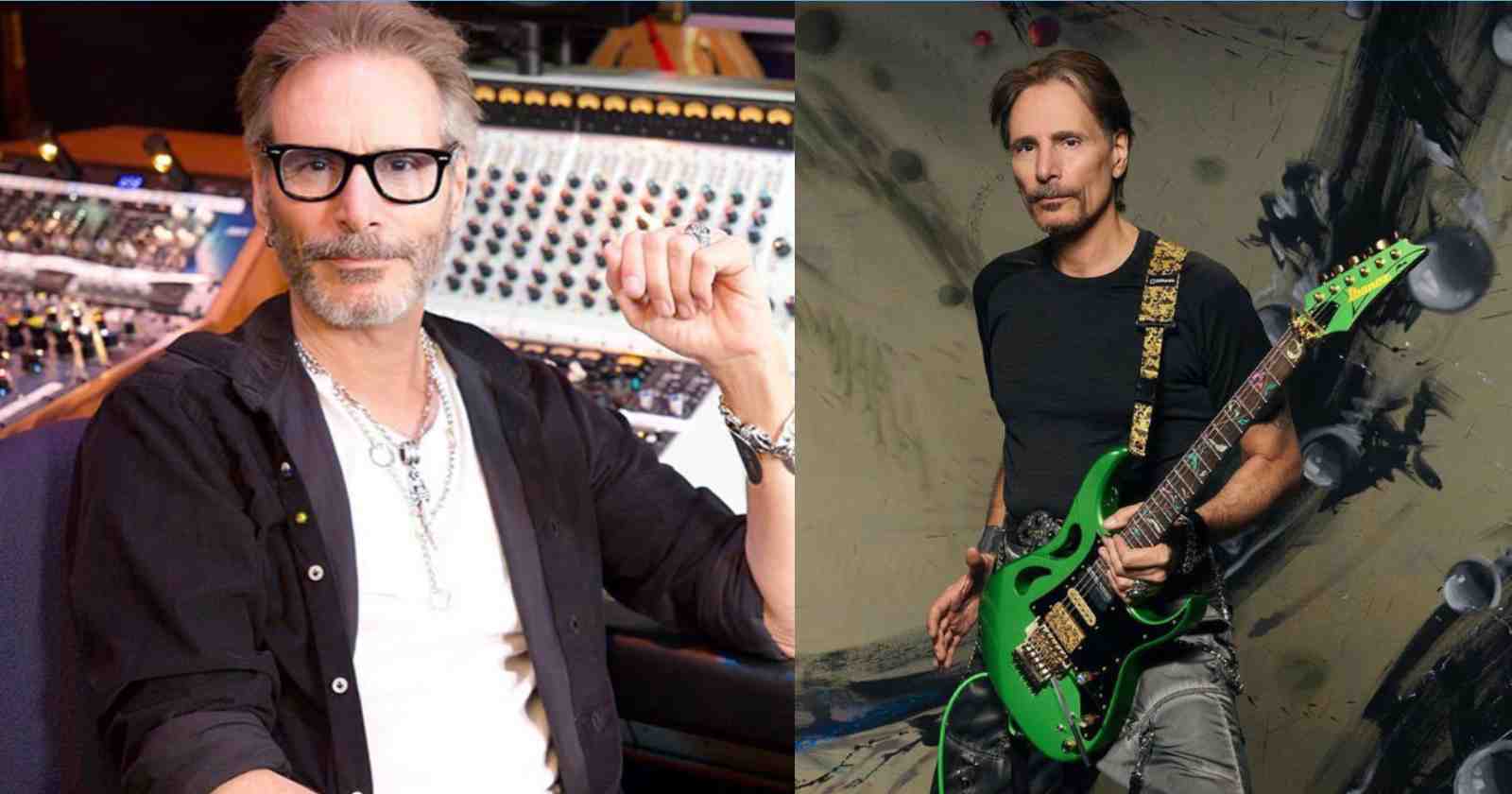 The virtuoso guitarist Steve Vai first gained recognition as a member of Frank Zappa‘s band and later on achieved fame playing with bands like Alcatrazz, David Lee Roth and Whitesnake. With his praised work with bands and on his solo career the musician influenced millions of guitar players all over the world and many of his songs became the favorite ones from his fans. In an interview with Planet Rock in 2022 (Transcribed by Rock and Roll Garage), the musician listed 6 songs that are some of his favorites of all time and explained why they are so important to him.

“Usually, we were inspired by the music that our parents are bringing or our siblings are bringing home. My sister brought home Led Zeppelin in the middle of my fascination with compositional music. And once I heard it, and I already had a love affair with the guitar going. I heard that song ‘Heartbreaker’ I knew what was going on. It was the meanest, coolest, most refreshing, alive, vibrant, visceral attack on the strings that I had ever heard. And it just lit me up. I’m like, ‘That is the coolest thing ever. I want it.’ And that was it.”

“He knows. [laughs] When he was being awarded an honorary doctorate of music at Berkeley, they asked me to write something for him. I’ll have to paraphrase, but it was something to the effect of – in the physical universe, there are things that include stars and planets, all life and all dimension.”

Curiously, the first “real concert” Steve Vai ever wento to in his life was from Led Zeppelin at the Madison Square Garden in New York back in the 70s.

“Heartbreaker” was featured on “Led Zeppelin II”, the band’s second album released in 1969, the same year their debut record was released. It also had classic tracks like “Whole Lotta Love”, “Ramble On” and “Moby Dick”.

“When I was a teenager in the 70s there was nothing cooler than being in a Rock band with your friends. The group of guys that I was in a band with were called Rage. We would play and all of our friends would come out. Every time we played ‘Born To Be Wild’ they went mad. I mean, mad! They ripped the place apart.”

“Three clubs I know offhand that once we would start playing that it would just look like one of those saloon fights in a western (laughs). So whenever I hear that song right now, you know what it does when you hear a song that has all these memories attached. You feel like your blood is being pumped with the fire and adrenaline,” Steve Vai said.

One of the most famous songs of all time, “Born To Be Wild” was immortalized on the soundtrack of the classic Dennis Hopper movie “Easy Rider” (1969). The Steppenwolf song was featured on their debut album released in 1969, that also had classic tracks like “The Pusher”, “Sookie Sookie” and “Desperation”.

“I picked those songs that I remember had the biggest kind of impact in the environment I was living in at that time. ‘Paranoid’ was an anthem in a sense. Some music carries such a vibe and such an energy that it immediately captures your attention. Based on the kind of music that resonates with you, if something like ‘Paranoid’ is that, it goes deep,” Steve Vai said.

The title-track of Black Sabbath‘s second album released in 1970, the same year they first record was released, “Paranoid” became one of the most famous songs of the band and it was their only top 20 hit. That record also had classic tracks like “War Pigs”, “Iron Man” and “Fairies Wear Boots”.

“I actually heard Alice before I heard Led Zeppelin. That just completely wailed me. I was so absolutely attracted by Alice’s music performance. It was the performance. The man never dropped the character. He was Alice Cooper on stage and there was theater involved. The two things that I was so attracted to Alice was his commitment to the show and the absolutely perfect music involved in it.”

“The melodies, the arrangements. These songs on those early records were perfect arrangements with brilliant melodies. It was arranged and it was theatrical. Like if you listen to ‘Ballad Of Dwight Fry’ or that whole ‘Love It To Death’ was the record. That record or ‘Killer’ or any of those early records there was this theatrical theme. You could hear it in the music and I love that,” Steve Vai said.

One of Alice Cooper’s most famous songs, “School’s Out” was released on the 1972 album of the same name. In an interview with French Connection back in 2021, Steve Vai said that Alice Cooper was the greatest band he ever saw live in concert. “I did a Rock in Rio. Now, I’m very nostalgic, and when I was a teenager I liked all sorts of different music. But Alice Cooper was one of the bands. I loved him, and I loved the band.”

“And the whole thing was rock ‘n’ roll, it was melodic. It was great, and there was something about Alice. When I was doing Rock in Rio some years ago, he was there. He was playing with Hollywood Vampires – Johnny Depp and those guys, and I watched the show.”

“And for some reason, I just enjoyed it so much because it was Alice and he was so much older. But he was still so committed. That’s the thing you notice with real artists, they mature as they go through their careers,” Steve Vai said.

“The Jimi Hendrix connection on stage with no excuses. I saw that like so many other teenagers and even adults that were playing the guitar and just went ‘Wooooow’. See, a lot of people think a lot (people) who was inspired by watching Hendrix and see his freedom and see his connection, some people think ‘I wanna be like that’. So they believe that their expression in the instrument needs to be expressed in that particular way. But what can be missed in a situation like that is your own unique expression, which is the only real effective one that you can manifest,” Steve Vai said.

Talking with Music Radar in 2010, Steve Vai said that it was “electric sugar” listening to Hendrix when he was young. He also said he used to lie down with the headphones and listen to “Star Spangled Banner” and “Purple Haze” over and over.

“When I was a kid, I was a huge, huge Deep Purple fan. I was so bummed when Ritchie Blackmore left the band or broke it up, or whatever. Or when those guys left and they weren’t in the band. And he got this new guy, David Coverdale. You don’t like him immediately because he is not your hero, you know. But then I bought that record and oh my God. I was stunned. He was such a great singer. He was inching up on number one. Then when I saw, I think it was the US Festival where David was really singing. I just became a fan and was a fan of the Coverdale Deep Purple,” Steve Vai said.

“Burn” is the title-track of Deep Purple’s 1974 album, the first one to feature the then unknown David Coverdale (Vocals) and Glenn Hughes (Bass and vocals). The two replaced Ian Gillan (Vocals) and Roger Glover (Bass) who had left the band back then.

Steve Vai had the chance to play with David Coverdale years later when he was a member of Whitesnake from 1989 to 1990. The only studio album he recorded with the group was “Slip Of The Tongue” that had hits like: “Now You’re Gone”, “The Deeper the Love” and “Fool for Your Loving ’89”.