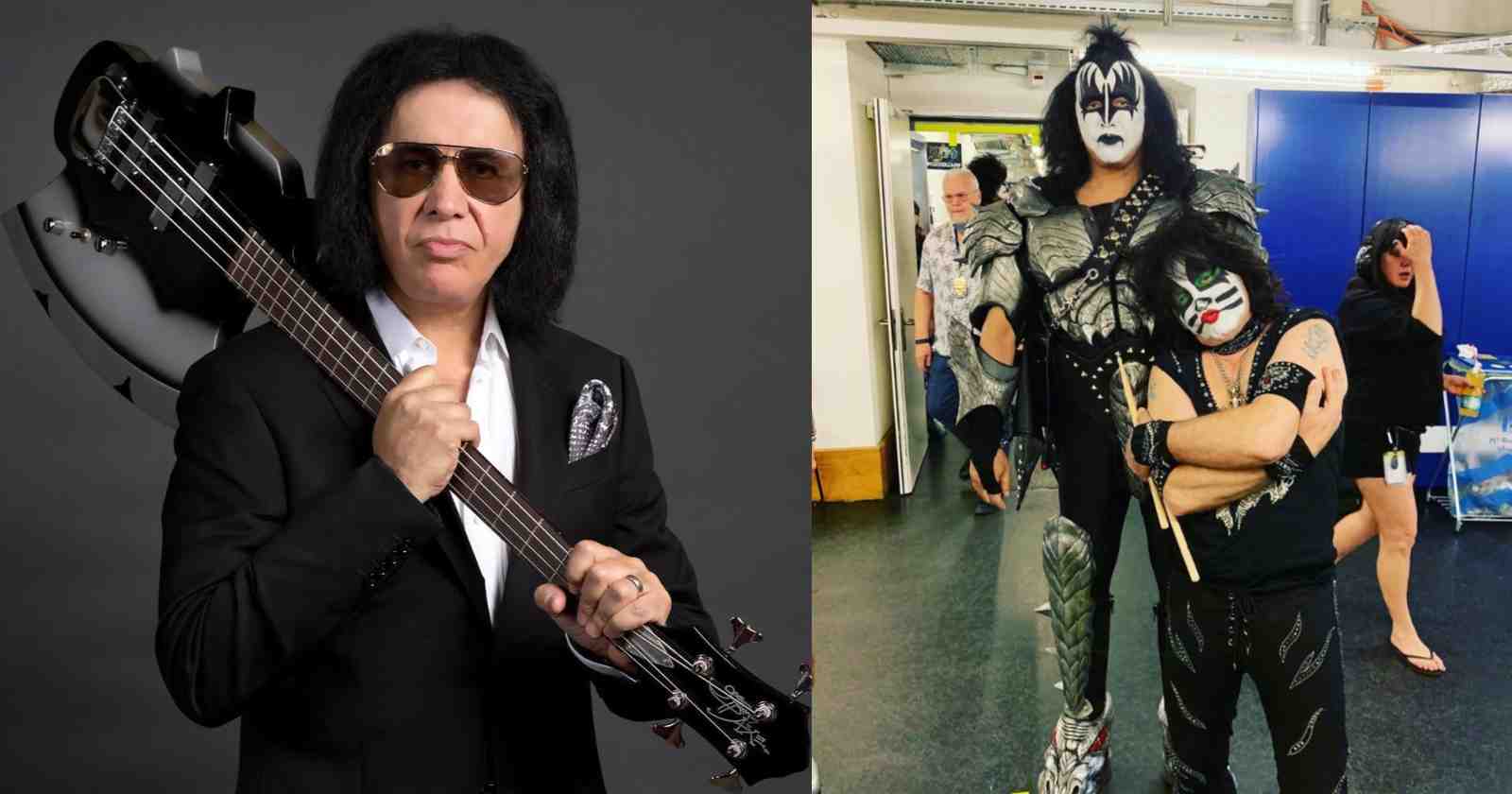 Born in Haifa, Israel back in 1949, Gene Simmons moved with his family to the United States when he was 8 and a few years later he co-founded Kiss, one of the most successful American bands of all time. Active since 1973, the band have sold an estimated amount of more than 100 million records worldwide.

In an interview with Planet Rock (Transcribed by Rock and Roll Garage) in 2022, Simmons listed some of his favorite songs of all time and explained why the tracks or teh bands are so important to him.

“Theres is no place like the United Kingdom. For me, this is holy ground. You gave the world The Beatles and for that I can almost forgive you for being a colonial empire. They literally changed the world and opened the mind of a lot of young kids who all of a sudden discovered Motown, Chuck Berry and all that. They had no idea the impact they had,” Gene Simmons said.

The version for “Revolution” picked by Gene Simmons is the one that was released as the B-side of the single “Hey Jude”. It turned out to be the faster and heavier version of the track. But it wasn’t included on the “White Album” (1968).

David Bowie “All The Young Dudes”

“Bowie’s best song in my estimation it has always been ‘All The Young Dudes’ that he wrote and got Mott The Hoople to do. I have the original Bowie demo of him singing. Against that original track is you know, goosebumps. I didn’t even quite know what all of the words meant but I didn’t care. Look, America gave the world Jazz, Blues, Hip-Hop, Rock, Country, Rockabilly but it’s the English, the Irish, the Welsh and all the (United Kingdom countries) that made it glamourous. (Adding style to it),” Gene Simmons said.

As pointed by Simmons, “All The Young Dudes” was written by David Bowie and given by him to Mott The Hoople to record. The song became the group’s signature track being released in 1972. Bowie had recorded the original version in that same year.

Gene Simmons was asked if he felt threatened by Punk Rock music when the movement appeared and he said: “Not, I think that anything that starts honestly and has integrity is authentic. It’s authentic in it’s own way. You don’t have to understand it. For me, Punk was authentic in England.”

“In America it’s style. The Ramones were were not Punk. We knew those kids when they were little boys and they used to come to all the shows. That ain’t Punk, that’s Pop. Punk, the real anger, the frustration of being outcasted or filling the blanks, they didn’t fill part of the mainstream (and that) was authentic as you can get,” Gene Simmons said.

“London Calling” is the title-track of The Clash‘s third studio album. The record was a top ten chart success in the United Kingdom and the track was a top 20 single. It remains as one of Clash’s most famous and praised albums.

Queen “We Will Rock You (Live)”

“The right song in football stadiums, Dr. Brian May is a friend of mine, when you hear ‘We Will Rock You’ in a stadium full of people I don’t know how to described it. It’s less a song and more a ‘We Are One’,” Gene Simmons said.

Wrtten by Queen‘s guitarist Brian May, the song has one of the most recognizable drum beats in the history of music that was made to make the audience a part of the song during the live concerts. It was featured on Queen’s 1977 album “News Of The World”.

“The proudest song I ever co-wrote, there were series of them actually, were of my solo record. I wrote those songs with Bob Dylan, who I called out of the blue and he was kind enough to come over (my) house. We sat around and came up with things,” Gene Simmons said.

Written by Gene Simmons with Bob Dylan, “Waiting For The Morning Light” was featured on Simmons second studio album “Asshole” released in 2004. There were also tracks co-written with Frank Zappa, Bob Kulick and Trevor Horn.

The Beatles “While My Guitar Gently Weeps”

Before the song was played, Gene Simmons revealed that he would like to play the last Kiss concert at the Cavern Club in Liverpool and talked about how much the band was an influence. “I honestly don’t know. But I have dream scenarios in my mind. I don’t have the right to say these words, I’m not qualified to say those words. It’s even semi-sacrilegious. (But) boy, I would love the last time to play in very small amps at the Cavern Club. Even if nobody was there.”

“Just some sort of full-circle. A tip of my soulful hat to these four guys who came out of ‘Liver-pool’, you’re killing me. That not only just changed my life, gave me a reason. I was about to become a six-grade teacher in Spanish Harlem in New York and I worked a government research project where I was the assistant of the director. I was making money, it was not like I needed a job. By the time I was 23 I had 23.000 dollars, that was big money back then.”

“So I was doing really well. (But) I just couldn’t see a life without going to pick up a guitar, bass and all that, and try to do what those guys did. Of course, we can’t shine their shoes. We are not qualified to walk in their shadows but homage is a good word. My knees would buckle at the thought of playing that very last show maybe to a group of friends at the Cavern Club,” Gene Simmons said.

One of the most famous Beatles songs written by George Harrison, “While My Guitar Gently Weeps” is also notable for having Eric Clapton playing some guitar parts. The song was featured on the band’s self-titled album also known as “The White Album” (1968).