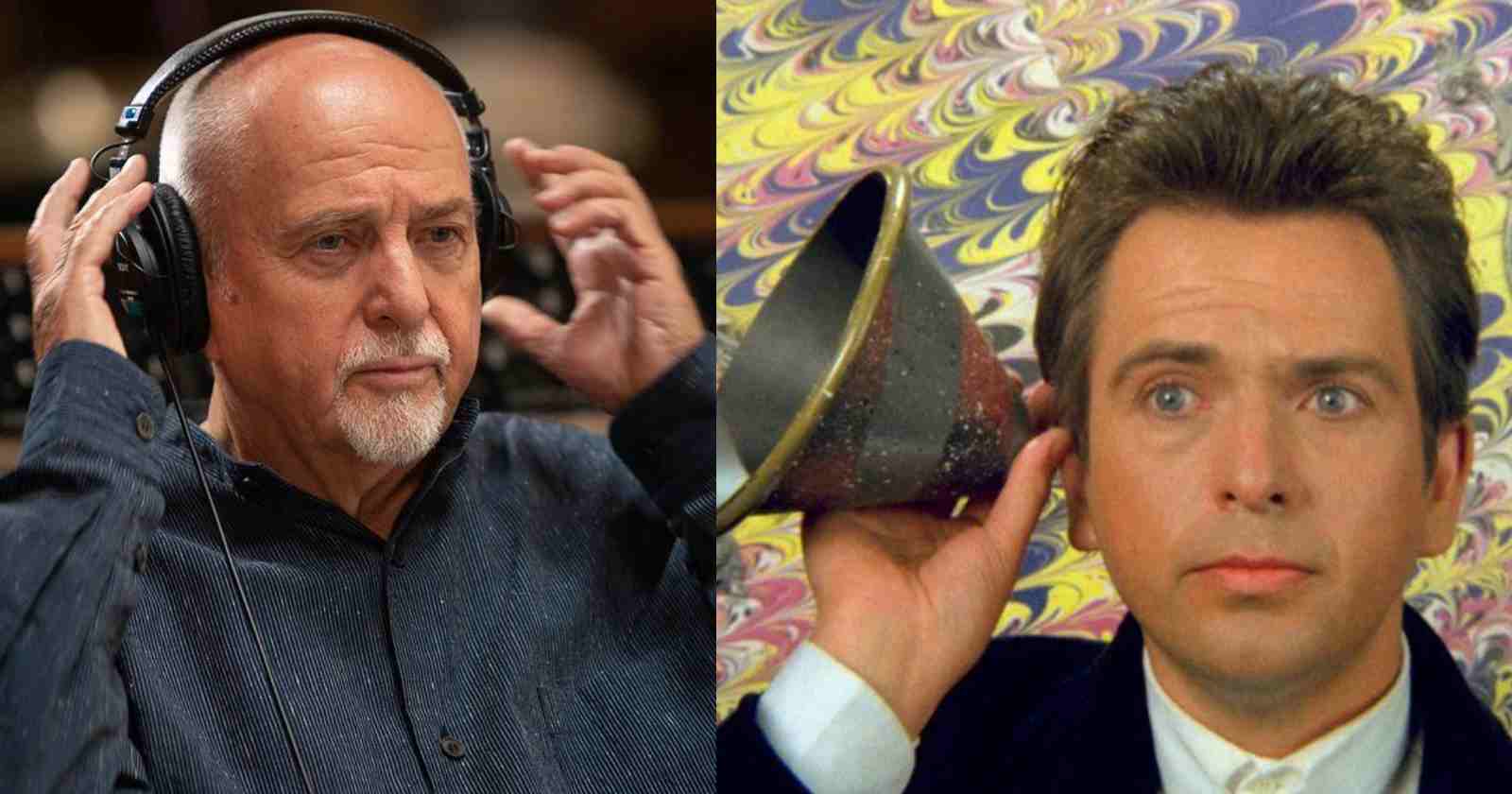 The British singer and songrwriter Peter Gabriel first became famous as the vocalist of Genesis from 1967 until 1975, when he decided to go solo. Since the mid-70s he mantains a very successful solo career with dozens of hits like “Solsbury Hill”, “Sledgehammer”, “Don’t Give Up” and “In Your Eyes”.

His discography inspired millions of musicians around the world and many famous ones, even from other music genres. Rock and Roll Garage selected the 6 legendary musicians who love Peter Gabriel and what they said about the artist over the decades.

The late legendary Eddie Van Halen is known for being one of the most influential guitarists of all time, especially in Hard Rock music. However, the artist had a broad musical taste and one of his favorite artists was Peter Gabriel.

In a conversation with Guitar Tricks Insider magazine in 2016, the musician listed 6 albums that were some of his favorites and one of them was the classic Gabriel album “So” released in 1986. That record has famous tracks like “Red Rain”, “Sledgehammer”, “Don’t Give Up”, “Mercy Street”, “Big Time” and “In Your Eyes”.

“I’ll never forget him coming up to me one night with these huge headphones and going, ‘Wolf, put these one.’ And he put the headphones on my head and cranked the first song ‘Red Rain’.”

“The soundscape of it is incredible. Everybody should do that at least once in their life, put an amazing pair of headphones on and crank Red Rain. It’s very hard to listen to now my father is gone. But that album front to back is Peter Gabriel at his finest,” Wolfgang Van Halen said.

Wolfgang had already told Planet Rock in 2021, that other that alongside AC/DC, Peter Gabriel was the other artist that he and his dad really bonded over.

Talking with ABC7 (Transcribed by Rock and Roll Garage) back in 2020, he was asked who is his favorite musician of all time. He picked the ex-Genesis vocalist.

“Peter Gabriel. He is so passionate and soulful. Deep, clever, wise and unique. He sings about stuff that I don’t even know what he’s talking about (laughs). And I’m going ‘Yeah, I’m buying that’ (laughs),” Sammy Hagar said.

Sammy Hagar not only loves the Peter Gabriel’s work, he also wishes he had written one of his songs. He listed “Sledgehammer” in an interview with Rolling Stone in 2016, as one of the tracks he wished he was the author.

“This is so clever (The song). When I write a song about sex, like ‘Poundcake,’ it’s so fucking blatant. Peter puts this twist on it where it sounds cutesy-pie,” Sammy Hagar said.

Genesis was one of the biggest influences of the Rush keyboardist, vocalist and bassist Geddy Lee, but he also loves Peter Gabriel’s solo career. In an interview with Global Bass Online back in 2000, he praised the song “Solsbury Hill”.

“Every time ‘Solsbury Hill’, by Peter Gabriel, comes on the radio I remember where I was when I first heard it. That song doesn’t age because it’s so well written. There is something so right about it.”

Even though Genesis sold more records with Phil Collins as the vocalist, Geddy is a bigger fan of the time that Gabriel occupied the vocals. Talking with The Quietus in 2012, he revealed that the album “Nursery Crime” (1971) is one of his favorites of all time.

“Well I was a big fan of Genesis and Peter Gabriel. That was when I first discovered the notion of a ‘concept’ and that it could be an adventurous and lively place and not dull at all. It is a very playful and compelling record. I fell in love with the sound of it. I was totally entranced by it and wanted to know how they had done it. This is part of the roots of Rush. The creation of a flexible concept. The parallels are obvious,” Geddy Lee said.

Lee was such a big fan of Genesis when he was a teenager, that he went to see them when they played in Canada as Lou Reed’s opening act. However, the Rush frontman only watched the British Prog Rock group. He left when their show was over, because at the time he wasn’t a big fan of Lou Reed.

Even though Iron Maiden is a Heavy Metal, they have a lot of Progressive Rock influences, especially because of the band’s founder, leader, bassist and main songwriter Steve Harris. He is a huge Genesis fan and even said in an interview with Loudwire in 2020 how nervous he was when he had the chance to meet Gabriel and play tennis with him.

“I ended up playing tennis with Peter Gabriel once. Just because he was on the court in the same hotel as me. I don’t know if he even knew who I was. But I didn’t say anything because I didn’t want to get tongue-tied. I didn’t want to act like a fanboy, even though I felt like one.”

“When you’re into bands that much, you don’t really think about working with them. You never really have a chance. You tend to put them on a pedestal.”

As he told Prog magazine back in 2015, he was devastaded when he discovered that Gabriel left Genesis, saying that the band was never the same anymore after he left.

“He’s (Steve Harris) a massive Genesis fan. Not Genesis with Phil Collins so much — the early Genesis with Peter Gabriel. On the other hand, I’m more of a Peter Gabriel solo fan. When he left Genesis I think his stuff is more edgy. Peter Gabriel III — wow, what an incredible album! [The songs] “Intruder” and “No Self Control” — that’s a sinister record,” Bruce Dickinson said.

The legendary pianist and singer Elton John, is another celebrated British artist that loves Peter Gabriel’s solo work. Talking with  BBC Radio 2 show ‘Tracks Of My Years” back in 2019 (Transcribed by Rock and Roll Garage), he listed 10 songs that are some of his favorites of all time. One of them was Peter Gabriel’s duet “Don’t Give Up” with Kate Bush. Elton recalled that that track helped him to go through bad moments he had with addiction in the 80s.

“This song reminds me of when I was in the depths of despair during my addiction. I always used to put this on. (Then) I used to sit there and cry thinking ‘I won’t give up. I will be well one day.’ Peter Gabriel is just the most amazing artist, Kate Bush ditto.”

“The song is so beautiful. When people mention great British artists, sometimes people don’t mention Peter Gabriel. He is so up there. He was so innovative. Not with just his recording with Genesis but solo. For me, he is a true British great and an innovator. A bit like Damon Albarn with Blur. He reminds me of young Peter Gabriel. This track still reminds of the dark days and the determination to not give up,” Elton John said.

The musician recalled that same story in a conversation with the New York Times back in 2018. He had said that he likes “sad music” and if it wasn’t for tracks like “Don’t Give Up”, he is not sure if he had survived to that bad period.