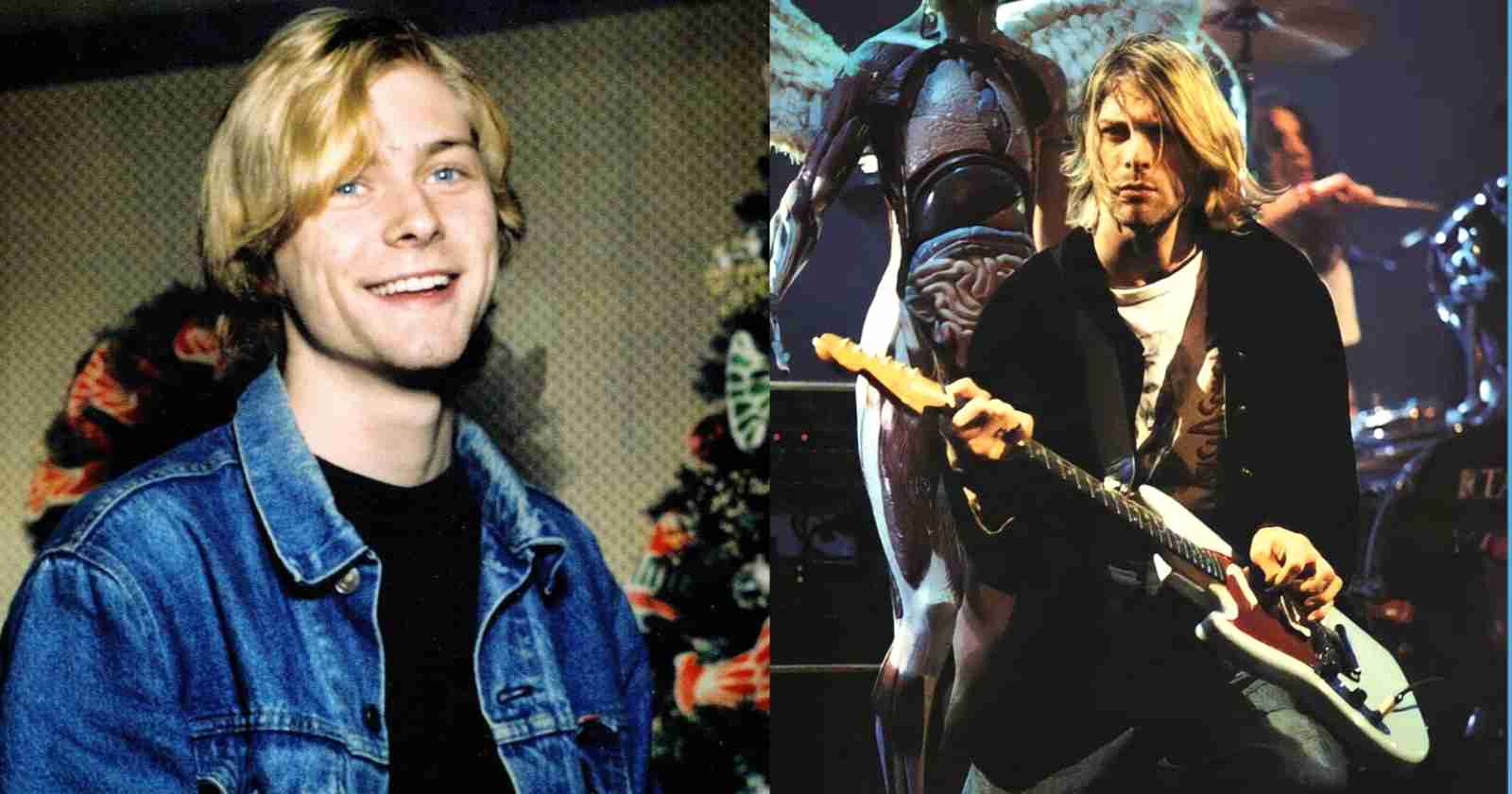 One of the most influential musicians from the last decades, Nirvana‘s Kurt Cobain helped Grunge rock to become one of the most successful music genres of the 90s. Especially after the release of the groundbreaking album “Nevermind” (1991), the musician born in Aberdeen, Washington became a huge star but his career was cut short at the age of 27 in 1994 when he died.

During his short career, the singer and guitarist talked about many of his influences and even revealed some of his favorite albums. Back in 1992 in a conversation with Melody Maker (Made available by NME), Cobain listed 6 albums that people should hear and explained why they were so important to him.

The 6 albums that Kurt Cobain said that people should hear

The Shaggs “‘Philosophy OF The World”

“They were all sisters, with their evil uncle making plans for them. I heard this one live song – a Carpenters song, maybe? – where they must have been playing a day centre, and the screams in the background are louder than the music. The Shaggs are another archetypal K band. Am I a Calvinist (named after Clavin Johnson, leader of Beat Happening and founder of K records in Olympia, where Kurt used to live)? No,” Kurt Cobain said.

An all-female rock and roll band formed in Fremont, New Hampshire back in 1968, The Shaggs was composed by the sisters Dorothy “Dot” Wiggin (vocals/lead guitar), Betty Wiggin (vocals/rhythm guitar), Helen Wiggin (drums) and, later, Rachel Wiggin (bass). They also were occasionally joined on vocals by their nephew Robert and brother Austin Jr. The album listed by Cobain is the only one that the band ever released in 1969.

“I like to listen to Jad Fair and Half-Japanese with headphones on walking around the shopping malls, in the heart of American culture. I just think that, if people could hear this music right now, they’d melt. They wouldn’t know what to do, they’d start bouncing off the walls and hyper-ventilating. So I turn up the speakers really loud and pretend it was blasting through the speaker on the malls,” Kurt Cobain said.

Jad Fair released “Great Expectations” in 1989 when he was still a member of the Alternative Rock Half-Japanese. The singer, guitarist and graphic artist was born in Coldwater, Michigan in 1954 and has an extensive career playing also with other bands like David Fair, Daniel Johnston, Mosquitos and Kramer.

“Eventually, after a week of listening to it every day, I just started crying. I just couldn’t believe that three people from a totally different culture could write songs as good as those. Because I’d never heard any other Japanese music or artist who ever came up with anything good. Everything about them is just so fucking endearing I’m sure that I was twice as nervous to meet them as they were to meet us,” Kurt Cobain said.

“Burning Farm” (1983) is the second album of the Japanese Punk band Shonen Knife formed in Osaka back in 1981. The record lyrics are in Japanese with only the song “Twist Barbie” being performing in English. The album cover was painted by the band’s bassist Michie Nakatani.

The Wipers “Is This Real?’”

“The Wipers were a Portland punk band who started in the late ‘70s by Greg Sage and released maybe four or five albums. The first two were totally classic, and influenced the Melvins and all other punks rock bands. They’re another band I tried to assimilate. Their songs are so good. Greg Sage was pretty much the romantic, quiet, visionary kind of guy. What more can I say about them? They started Seattle grunge rock in Portland, 1977,” Kurt Cobain said.

“Is This Real?” (1980) is the debut album of the Punk band Wipers, formed in Portland, Oregon back in 1977 by guitarist and vocalist Greg Sage, drummer Sam Henry and bassist Dave Koupal. One of the most famous tracks of the record is “Alien Boy”.

“This music relaxes you, it’s total atmospherics. The drum machine has to be the cheesiest sound ever. I had a crush on the singer for a while – didn’t everyone? I don’t know much about them. But I first heard ‘Colossal Youth’ on the radio, after I started getting into K music when I live in Olympia. It was a year before I put out the ‘Bleach’ album. At the time, I was just painting and doing art stuff. I still do, but now I use oils because I can afford them. I like Goya a lot – I use animated dolls a fair amount,” Kurt Cobain said.

“Colossal Youth” (1980) was the only album released by the Welsh post-punk band Young Marble Giants that was formed two years earlier in 1978. Their sound was constructed around the vocals of Alison Statton and the minimalist instrumentation of the brothers Stuart and Philip Moxham.

“Burroughs said that if you want to hear true, honest music with passion, then you should hear Leadbelly. The songs are just amazingly heartfelt. Leadbelly was this poor black man in the early 1900s who went to jail a few times for wife-beating and robbery and getting into fights and bootlegging liquor. While he was in prison, he started playing the guitar. He sang so well that the governor started to like him and let him out of jail,” Kurt Cobain said.

Born in Mooringsport, Louisiana, United States back in 1888, Leadbelly and is remembered for his strong vocals, talent on the 12-string guitar and for the folk standards he recorded.