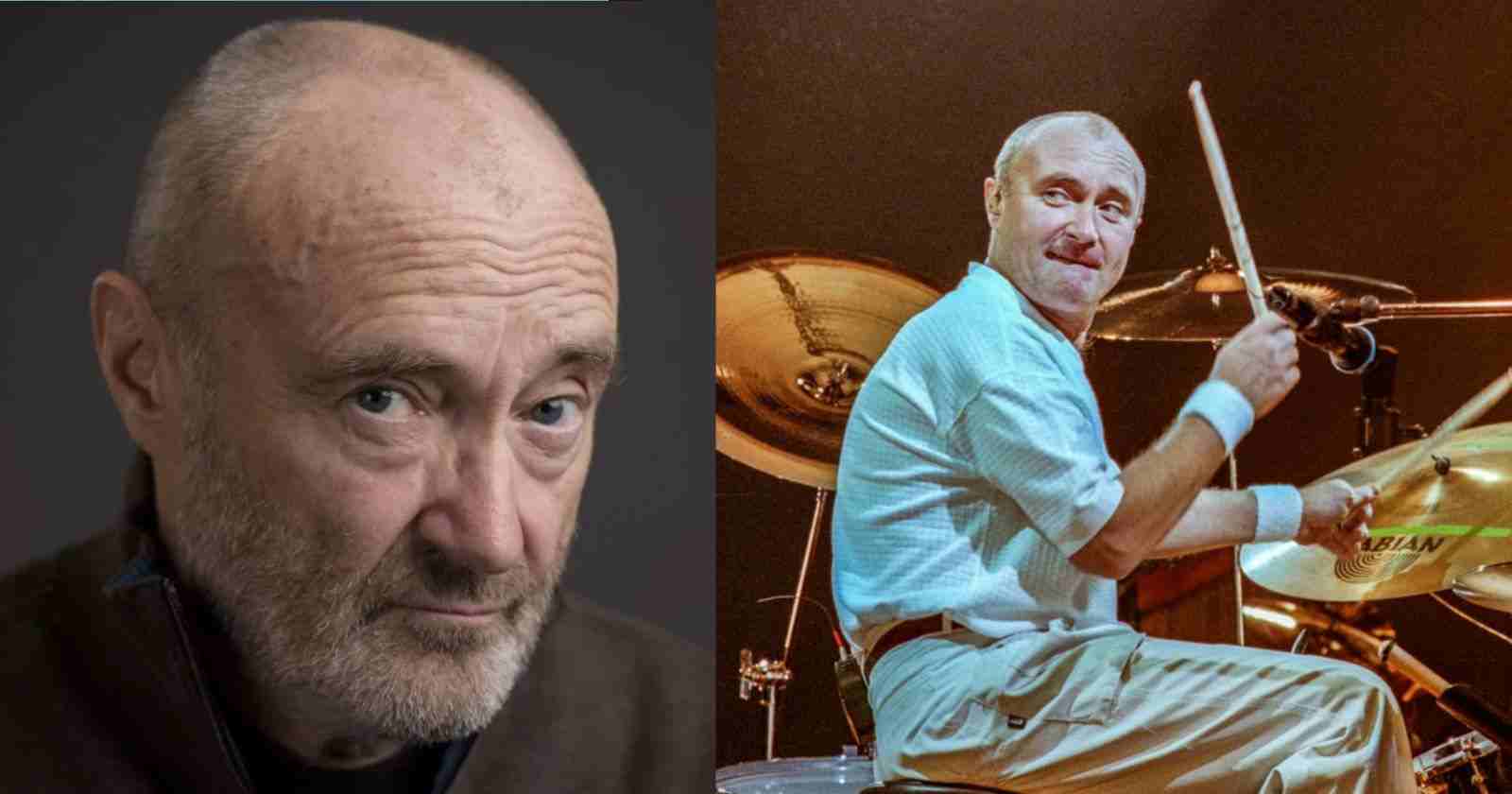 Before becoming Genesis frontman and a succesful solo singer, Phil Collins was the band’s drummer. Even after he became a singer, he kept composing and playing the instrument during his career in studio and live. In a radio interview back in 2016 with BBC 6 Radio Phil talked about the 5 drummers he likes the most and explains why.

The 5 drummers Phil Collins likes the most

“But what Ringo did, he bought drums out from the back and made people listen to them slightly. I mean, when you say ‘Oh, I love this song’, sometimes people should say ‘Listen to what’s going on behind’, like ‘All My Loving’, which is a difficult kind of song to play. It sounds like an easy shuffle but to play it properly it isn’t easy. You know, he was moving, he was really flashing around.”

“I think that one of the Classic Rock tracks of all time is ‘Won’t Get Fooled Again’ and I remember seeing them on TV, they were televised from Charlton Football ground and I saw him with this gaffer tape around his head, with his headphones, you know, it hurts to take it off if you’re foolish enought to put it around. The way he played, there was no orthodoxy at all”.

Did you ever crossed paths with him?

“Well, one time we were in the Top of The Pops bathroom together, but that doesn’t count. Another time, I used to go to this musician’s club a lot in Wardour Street and to find out if there was any work going. I was probably underage but I used to go there and Keith used to be sometimes behind the bar and I will never forget I bought a round of drinks which should have cost almost a pound, which I know it sounds ridiculous now, but it was like six or seven drinks, should definitely have cost the best part of a quid and he was giving me the drinks and he gave me eighteen sheelings change and I always tought he was lovely after that (laughs).”

“I’d asked (Pete Townshend) if I could join after Keith died. I was doing a session with Pete Townshend and I said ‘You know, if you’re looking after the dust settles, I would love to do it, but they already asked Kenny Jones. I would have left Genesis for that,” Phil Collins said.

“I saw John Bonham play at the Marquee Club with Tim Rose who was a American singer and he did this hit version of “Morning Dew” and he was on tour and had this guy John Bonham on drums. I went to see Tim Rose, but when I saw Bonham I had never seen anything like it.”

“He had the best bass drum of anybody I’ve ever seen and I became a convert there and then, you know. So I started to follow him wherever he was doing rude to be playing in a band. Next time I saw him was with Led Zeppelin, when they were still called The New Yardbirds. The early Led Zeppelin was something to behold because nobody was doing that,” Phil Collins said.

“I think he is (The greatest drummer of all time). You can say what you like about Buddy, a lot of people have said bad things. I met him once and first of all, with the playing alongside The Beatles and The Who, and all the pop star, I was also listening to big-band jazz, so Count Basie was someone on his band and Buddy Rich and I came across this West Side Story medley of Buddy Rich in 1965 and still is an incredible piece of work. If you never heard you should. He is on top form troughout the whole thing. So for me, I just wanted to do that one day, which is why I did my big band,” Phil Collins said.

“When I did the big band in 98, this would have been, The Stones were playing or based in Paris, anyway. He called me and he said ‘You’re playing the big band show tonight and I’d love to come’, so I said ‘Please come’.”

“He called just before we were supposed to leave and he said ‘I can’t leave my clothes, they arrived and I have to lay everything properly’ and I said ‘Ok’. This is an interesting look on Charlie Watts, you know. Anyway, he did turned up, he was the most style I’ve seen of any drummer,” Phil Collins said.