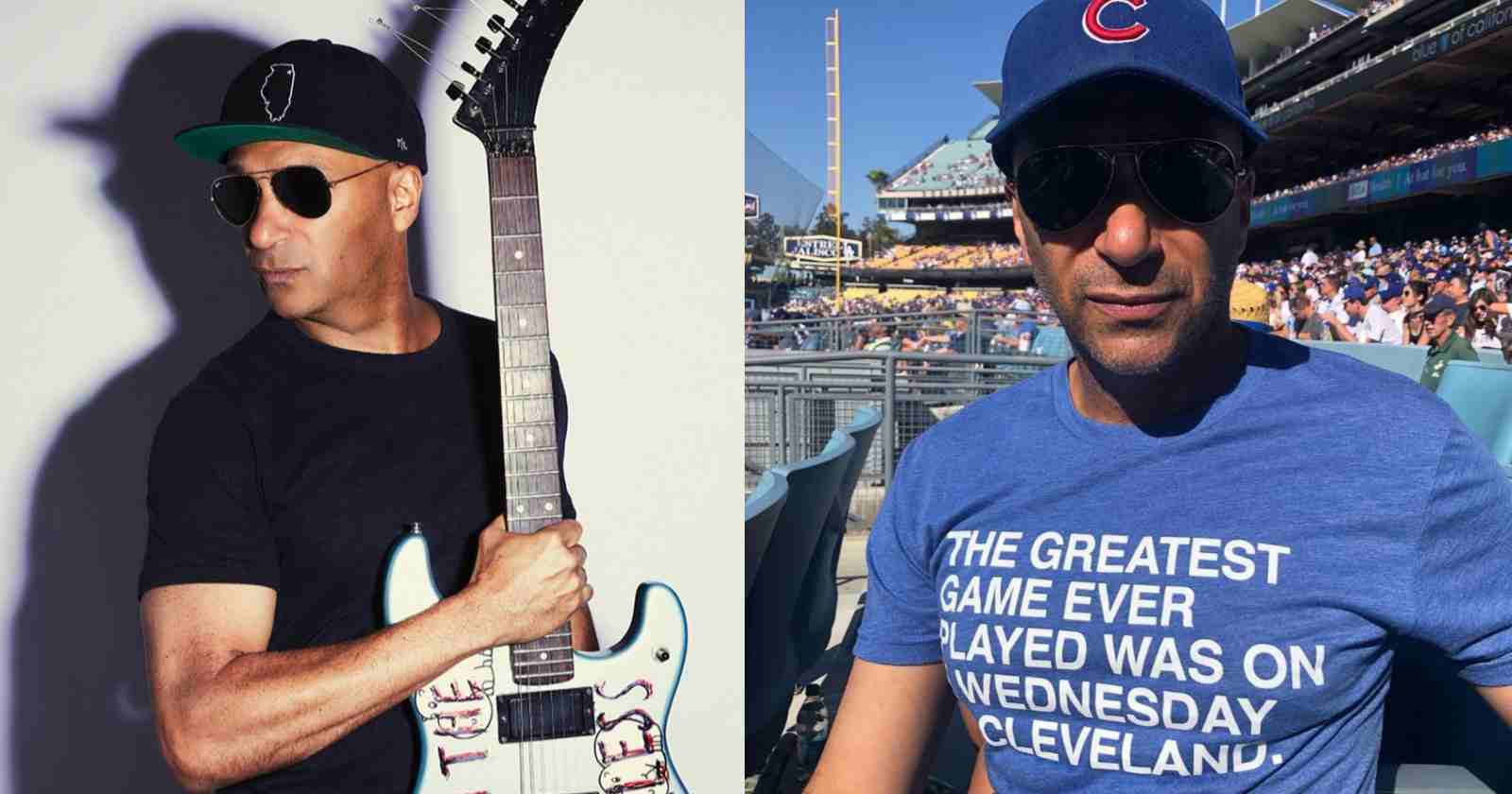 Rage Against The Machine and Audioslave guitarist Tom Morello became one of the most influential musicians of the last decades and inspired a whole generation of bands. His guitar riffs and solos became the favorites of many fans worlwide and in an interview with BBC Radio 6 (Transcribed by Rock and Roll Garage) back in 2019, he listed 4 unexpected songs that are among his favorites and explained why he likes them so much.

Leonard Cohen “You Want It Darker”

“I’ve always aimed for a spiritual quality in my guitar playing. I think there is a number of different ways to touch an audience in a way that goes beyond ‘Oh, I like that song’ or ‘Oh, that’s an impressive technique’ and people do it in different ways. Jimi Hendrix did in his way. Kurt Cobain did in his way. Leonard Cohen does it in a like mainline spirituality in his lyrics and in his delivery.”

“As a lyricist he is competitive with (Bob) Dylan. As a songwriter he is on my top 5 favorites of all time. This is a song where he is steering his own mortality in the face. While I’ve always been drawn to heavy music. But sometimes I think that the right couplets and the the right piano chord can be just as heavy as anything coming out of a Marshall stack.”

“An incredible career, an incredible final record and we were talkign earlier about how this record was actually made in his front room recorded by his son. I think that Leonard’s health was failing that the way that they were able to record him was just in a very intimate setting in his home. Leonard Cohen is not an artist or a person who we should weep for. He led a great life and left an incredible legacy of music that people can enjoy forever,” Tom Morello said.

“This one is an evidence that in order to be great, one must be authentic. Gogol Bordello is the self-described ‘Gypsy Punks’ and a band that varies a number between, I think, seven and eleven (members). I don’t think there are two of the same passaports within the band (laughs).”

“It’s Ukraine and Colombia, United States, Ethiopia and their music is very much a global amalgamation. But with a real sort of defining north star of uncompromising personal freedom, liberated love and anarchistic politics.”

In the same conversation Tom Morello talked about when Rage Against The Machine took Gogol Bordello on tour, saying: “In a live setting every band always have been competitive. You never want to be the second-best band on a bill. When you play with Gogol Bordello you got to watch yourself (laughs), because they will bring some heat,” Tom Morello said.

Formed in New York back in 1999, Gogol Bordello is known for their theatrical stage shows and persistent touring. Their sound is highly inspired by Romani music and Punk Rock.

“I always opposed, physically and diametrically opposed to EDM (Electronic Dance Music) through much of my life. To me it always sounded like Italian taxi cab music in the worst possible way. Then a friend of mine who I was working on one of my solo records he said ‘You always hated EDM msuic, let me play you some stuff that you haven’t heard. He played me a group called Knife Party.”

“I immediately heard, while there wasn’t a guitar in sight in the band, I heard the same kind of tension and release of some of my favorite Rock and Roll. There were some of the fingerprints of bands like Rage Against The Machine in the music. Except it was made with synthesizers rather than with electric guitars.”

“I was like ‘This is hard as anything I’ve ever heard. It’s fantastic’. You will hear in this song like the same feel bouncing and thermic qualities that make some of my favorite Rock and Roll,” Tom Morello said.

The Australian electronic music duo Knife Party was formed in Perth by Rob Swire and Gareth McGrillen back in 2011 and has already worked with renowned acts like Swedish House Mafia and Steve Aoki.

“It’s just an indicative of the fact of the political power of the music. I believe that all art is political. Wheater it’s escapist bread and circuses, wheater is didactic screeds, you know, set to hip-hop beats. All music can have a profound meaning if you let it in. Bikini Kill, in the linking chain of bands with purpose that fans don’t just enjoy, they believe in. They are certainly one of the links in that chain.”

“(This song) is also how the personal can be political and how like asserting your identity. Wheather is political identity, sexual identity, whatever. So it can be a really liberating thing and music can unlock that. For me it was bands like Public Enemy and The Clash.”

“I was in a conservative suburb in Illinois. They made me realize I was not alone and that there were ideas that were beyond my ideas that were in the classroom I was currently sitting in. There was a community I didn’t know any of them personally. But there was a community that I heard via record that I knew it pointed a way to there might be some way that I can affect the world. So I can change things and perhaps I’m an agent of history, like the same people that are making these records.”

“They are just people too but they live somwhere else. But we have the same commonality of vision and ideas. That’s when music at it’s best can really do that. This song is indicative of that the world is not gonna change itself, that’s up to you. So dangerous truths will often be revealed in Punk Rock songs like ‘Rebel Girl’,” Tom Morello said.

Formed in 1990 in Olympia, Washington, Bikini Kill has singer Kathleen Hanna, guitarist Billy Karren, bassist Kathi Wilcox and drummer Tobi Vail. They were the pioneers of the “Riot Grrrl” movement singing feminist lyrics with great live performances. Even though they reunited on some occasions over in the 10s and 20s, the group’s last studio album was released in 1998.