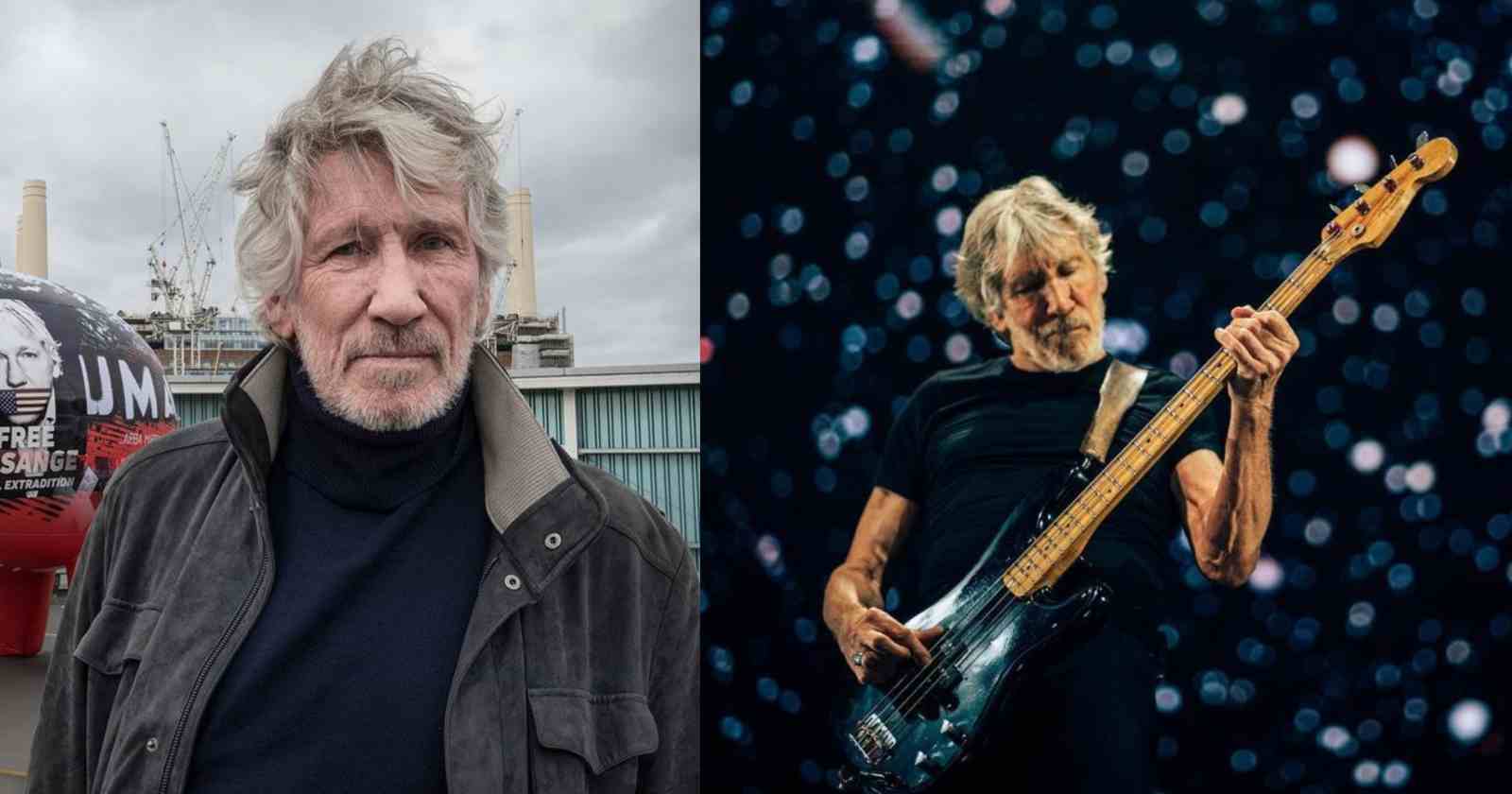 The bassist and singer Roger Waters was born in Great Bookham, England back in 1943 and first achieved fame as a member of Pink Floyd. He was part of the group from 1965 until 1985 and helped them to create some of the best-selling albums in the history of music, like “Dark Side Of The Moon” (1973) and “The Wall” (1979). Waters’ songwriting influenced countless generations of artists worldwide and made him into one of the most praised songwriters of all time.

In an interview with World Magazine back in 2005, the musician listed 4 songwriters that were some of his favorites and Rock and Roll Garage selected what the musician said about them over the decades and his connection with some of them.

The 4 songwriters that Pink Floyd’s Roger Waters said he likes:

Curiously, Roger Waters had the opportunity to meet The Beatles face to face in 1967, when Pink Floyd was recording their debut album “The Piper At The Gates Of Dawn” at Abbey Road studios. At the same time the Fab Four was making their groundbreaking record “Sgt. Pepper’s Lonely Hearts Club Band”. As the bassist and singer recalled in a conversation with Rolling Stone, he only had the chance to meet Lennon that time.

“I only met John Lennon once, to my huge regret. And that was in the control room at Number 2. He was a bit acerbic. He was quite snotty. So was I!”

Besides Lennon’s work with The Beatles, Waters also admires his solo career. Especially the first solo album the Beatle made “John Lennon/Plastic Ono Band” (1970) as he revealed in a MSN webcast back in 2000. “I think John Lennon’s first solo album will always be in my top five,” Roger Waters said.

During that same conversation he was asked to reveal the three wishes he had in his life at the time. One of them involved a Lennon song. “That the innocent should be spared, the guilty should be forgiven and that John Lennon should have been seen as right when he said, “all you need is love.”

Over the years the musician had the chance to play some of Lennon’s compositions. Including “Imagine” when he performed the song at Stand Up For Heroes charity concert in 2013.

Another songwriter that Roger Waters loves is the Canadian Neil Young, famous for his solo work and with Buffallo Springfield and Crosby, Stills & Nash. Talking with the BBC’s Radio program Desert Island Discs back in 2011, he listed the 8 songs he would take to a desert island. One of them was the track “Helpless”, written by Young and released by Crosby, Stills, Nash & Young on their second studio album “Déjà Vu (1970).

“Neil Young singing ‘Helpless’. There is an honesty and a truth in everything that he’s done. You feel the man’s integrity and passion. I can feel the hairs standing up on the back of my neck now remembering the purity with which he hits the first notes of this song. Therefore, it’s extraordinarily moving and eloquent,” Roger Waters said.

He also shared his love for Young in a conversation with Joe Rogan in 2022. Curiously, that conversation happened a few months after Young decided to take his songs out of Spotify, because the streaming service refused to remove false informations about Covid-19 released by Rogan on his podcasts.

Talking with Joe Rogan, Waters said: “I’m not very interested in most popular music. I mean, there are certain people I’m great fans of. Mainly the writers, the singer-songwriters, you know. So, Bob Dylan and Neil Young. But I won’t start a long list because I probably could. But it’s that end of the spectrum that I’m more interested in,” Roger Waters said.

The ex-Pink Floyd musician already had the chance to share the stage with Young  few times. One of those collaborations happened back in 2016 during the Bridge School Benefit. They performed Bob Dylan’s classic song “Forever Young”.

The late Leonard Cohen is another Canadian musician that Roger Waters likes as he also revealed when he was part of BBC’s Radio program “Desert Island Discs” (Transcribed by Rock and Roll Garage) back in 2011.

Waters chose Cohen’s song “Bird On The Wire” to take to a desert island with him. He explained his choice, saying:“Leonard Cohen and Bob Dylan were the two men allowed us to believe that there was an open door between poetry and song lyrics. This song of his, ‘Bird On The Wire’, is so simple. So moving, so brilliant. I love it,” Roger Waters explained.  The song was the first one released by Cohen on his 1969 album “Songs From A Room”.

Leonard Cohen released his first record in 1967 and remained active until his death at the age of 82 in 2016. He released 14 studio albums and eight live albums during his career.

The American singer and songwriter John Prine died in 2020 at the age of 73. Waters who is a big fan of his work posted a video on his social networks playing Prine’s song “Paradise”. He said in the post: “My Friend John Prine died, This is his song ‘Paradise’. Miss you, brother”.