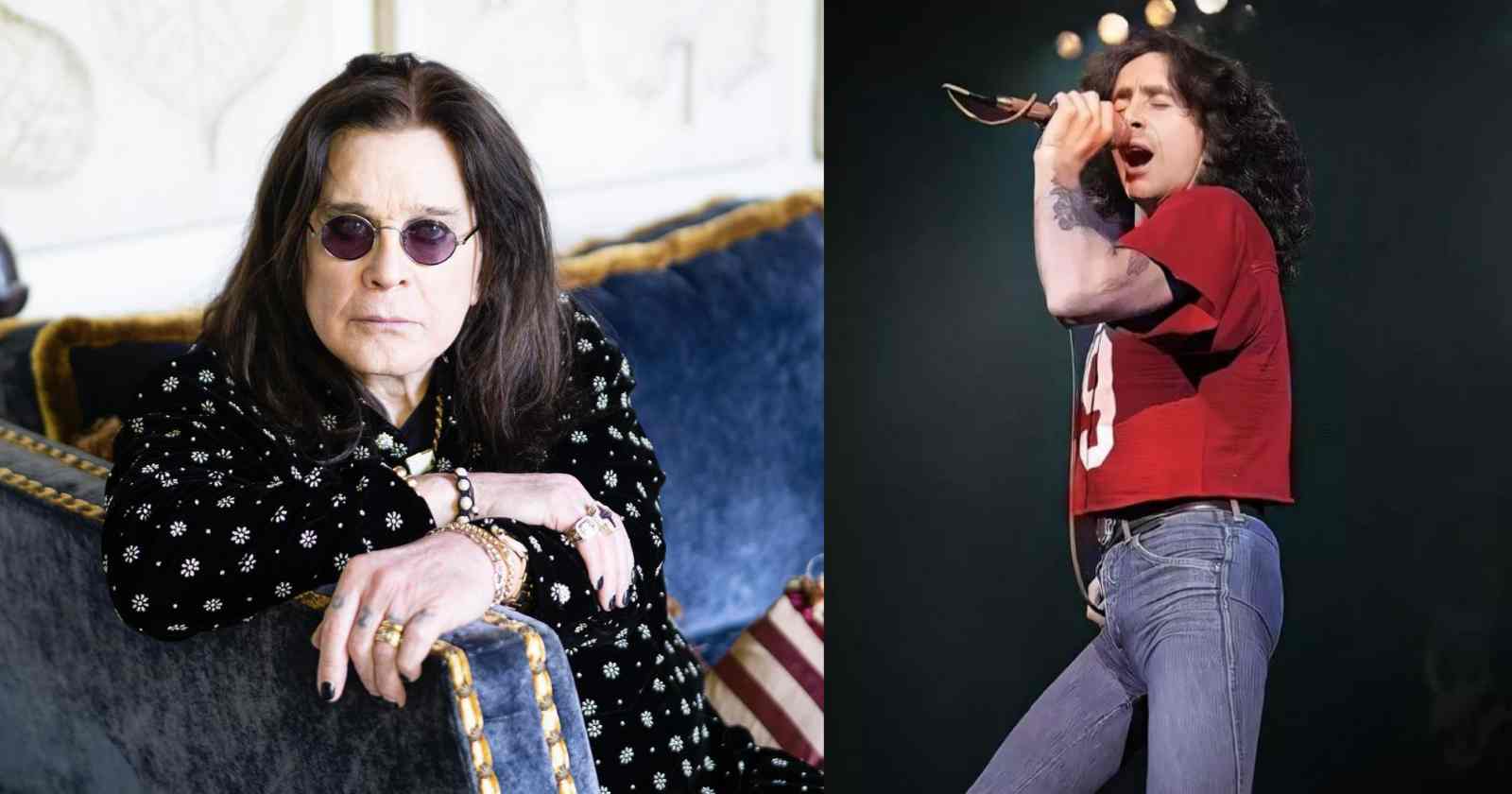 The singer Ozzy Osbourne co-founded Black Sabbath, the band that made Rock and Roll heavier, not only creating Heavy Metal, but also influencing many Hard Rock bands to put some more weight on their sound. Since the early 70s, the music genre evolved and changed over the decades, creating many different bands that influenced new generations.

Rolling Stone magazine listed the 100 best singers of all time in 2008 and had the help of many famous artists who voted for the poll. Ozzy was one of the rock stars who had the opportunity to vote and between his choices there were 4 Hard Rock vocalists. Rock and Roll selected what Osbourne said about those singers over the years and his connection with some of them.

As almost every Rock and Roll fan, Ozzy Osbourne also loves AC/DC. Besides choosing Bon Scott as one of the greatest singers of all time, he already had revealed that the late artist is his favorite AC/DC frontman. Talking with Rolling Stone in 2017 he chose “Highway To Hell” (1979), Scott’s final album with the band as one of his favorites of all time.

“I love Brian Johnson. But to me my good friend, the late Bon Scott, was the best singer AC/DC ever had. This album was like an addiction to me,” Ozzy Osbourne said. The Prince of Darkness said the same thing to Broken Record Podcast in 2020. “Bon Scott was a great singer. I mean, Brian (Johnson) is good. But I prefer Bon.”

AC/DC was Black Sabbath’s opening act in the 70s and even though they were kicked out of the tour with Sabbath after a discussion between Malcolm Young and Geezer Butler, Ozzy is a huge friend of the band.

The vocalist even introduced them with a video at the premiere of their “AC/DC: Live At River Plate” DVD back in 2011. He said (Transcribed by Rock and Roll Garage): “I’ve met AC/DC for the first time touring in Sydney with Black Sabbath. I remember thinking ‘these can’t be around touring using so much energy at every concert. They’re (not gonna be able to do that in a few years).”

“Angus is like a machine that never stops. He keeps going and going. He still got the fucking energy, man. They are a really great bunch of guys. They are my friends, are real people. I love them all, God bless them. (…) There is no other band in the world like them. (They) are a meat and potatoes band. There is no bollocks, there is no fucking around. Whether  you like them or you don’t and I’m proud to say I love them,” Ozzy Osbourne said.

Another singer that was chosen by Ozzy as one of the greatest of all time time is Steve Marriott. He first achieved fame as a member of the Small Faces and then with Humble Pie. Ozzy had the chance to watch and hang out with Marriott many nights when Humble Pie was Black Sabbath’s opening act in 1972.

He recalled that experience in a conversation with Metal Hammer in 2017 and recalled he was really sad when Marriott tragically died in 1991 at the age of 44. “I loved playing with Humble Pie. I’m a big Steve Marriott fan. When he died, a part of me died, too. I remember when we did a show together in the Akron Rubberbowl. It was an old amphitheatre in the open air.”

“It was unbelievable. Humble Pie were shovelling coke up their noses like it was going out of style. They must have done 20 grams before they went on stage. But Marriott was incredible. Somehow, he was better than ever. I remember looking for the fucking Revox. Marriott was so good I thought he was lip-synching,” Ozzy Osbourne said.

Another famous rock star that already picked Marriott as one of the best of all time is the Rolling Stones guitarist Keith Richards.

The Aerosmith frontman Steven Tyler is the only American Hard Rock singer that Ozzy chose as one of the greatest. The two met each other many times on the road over the decades. Steven Tyler and Aerosmtih’s guitarist Joe Perry even went to watch Black Sabbath’s concert in Australia when they were also in town back in 2013. The two musicians had a chat with the band in the backstage as it’s shown in the DVD “Gathered In Their Masses”, released in the same year.

Just like Ozzy, Steven Tyler also has a wild nickname, being called often since the early as the “Demon of Screamin'”. Tyler, bassist Tom Hamilton and drummer Joey Kramer are the only members of the band who were part of every record the band made since their debut in 1973.

Tyler also released solo singles and collaborated with other artists over the years. But the only solo album he has done is “We’re All Somebody from Somewhere” (2016). But it was quiet different from Aerosmith, since it was a Country-Rock orientated album.

In that same year, Ozzy was questioned by Rolling Stone if like Tyler, he would like to do a Country album one day. He replied, saying: “Not me, thank you. Personally, I think you should stick to what you know best. If Steven’s having a good time with it, who am I to complain? But it would be absurd for me to do that. I don’t mind country. But the “Prince of Darkness” with a cowboy hat? I’m a rock & roller. Not a fucking country bumpkin,” Ozzy Osbourne said.

Another Hard Rock/Heavy Metal singer that Ozzy chose as one of the greatest of all time for the Rolling Stone list was himself. Since his choices counted for the final list made by the magazine with the votes from famous artist, journalists and critics, he probably wanted to try to appear on it after the votes were counted.

Not many musicians had the opportunity to have such a successful career like Ozzy had. He helped Black Sabbath to create Heavy Metal music, sold millions of records and toured around the world many times with the group.

Then in the late 70s after being fired from the group, he embarked on an also very successful solo career. Also reinvented himself many times over the decades. His total album sales combined from his years in Sabbath and his solo career are over 100 million records sold worldwide.

Besides him, just a few other musicians that were capable of being very successful with bands and on solo career. Some of them are Paul McCartney, John Lennon, George Harrison and Phil Collins.