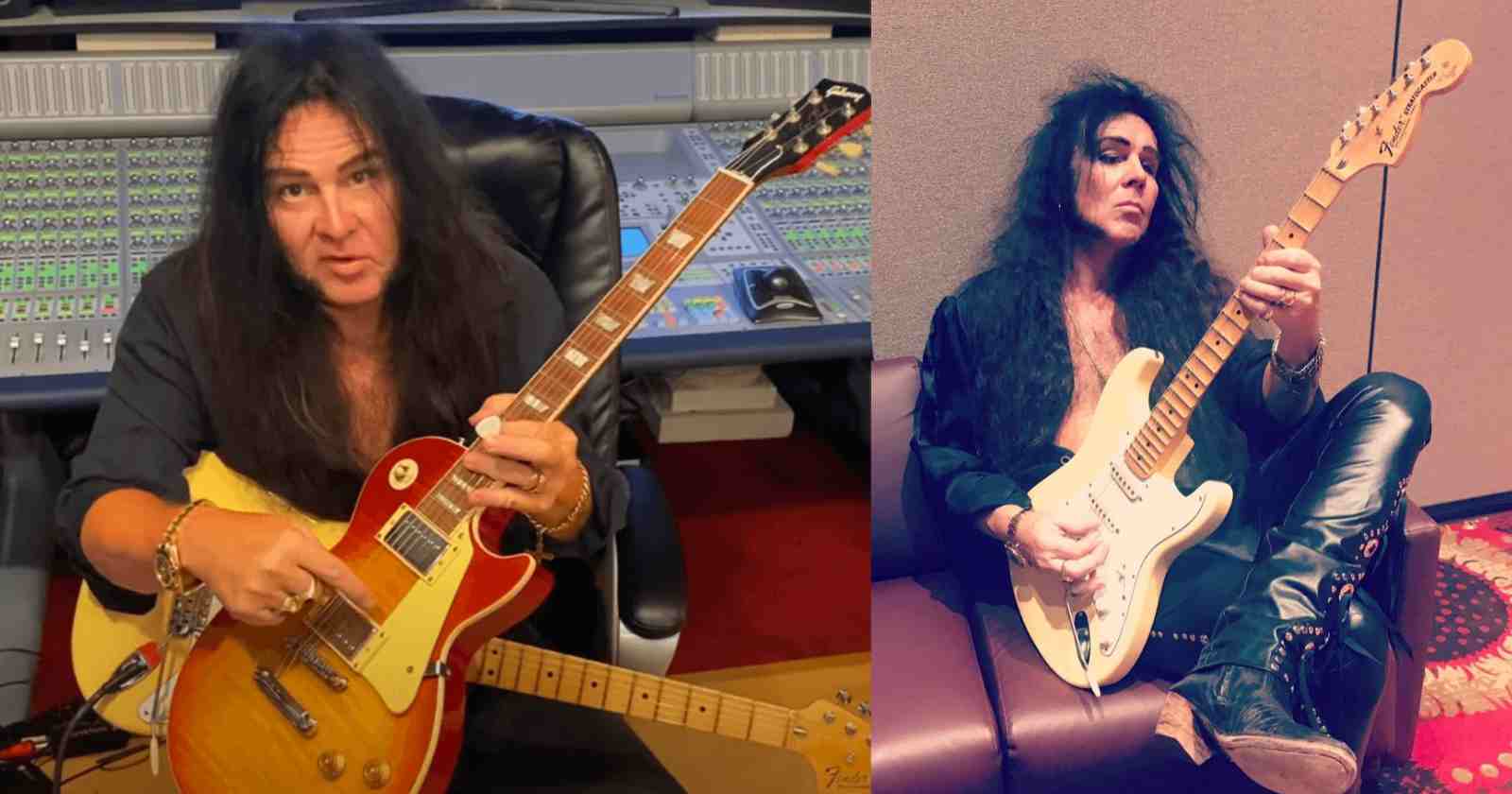 The virtuoso Swedish guitarist Yngwie Malmsteen achived fame in the 80s playing with Steeler, Alcatrazz and solo career. His unique and fast guitar playing style influenced many guitarists over the decades. In an interview with Japanese Young Guitar magazine in 2021, he listed some of his favorite guitar players and Rock and Roll Garage selected what Malmsteen said about those musicians over the decades.

The German guitarist Uli Jon Roth was Scorpions guitarist from 1974 to 1978 and was part of the albums “Fly To The Rainbow” (1974), “In Trance” (1975), “Virgin Killer” (1976) and “Taken By Force (1977).  In an interview with Artisan News Service back in 2014 (Transcribed by Rock and Roll Garage), Malmsteen praised the guitarist, saying: “I go way back with him, he is a dear friend of mine. I love him, he is great.” The two musicians almost toured together that year in Malmsteen’s Guitar Gods Tour, but Jon Roth wasn’t available.

Jon Roth also admires Malmsteen and told in an interview with Rock Music Star back in 2019 that he has a natural talent to play the guitar: “Yngwie is a great guitar talent. He’s one of a kind. He can really play. It’s very natural for him, and with him it’s an inborn talent, that you can’t buy at the corner store”.

“Some people just have that, and others have to practice all their lives to get there. I don’t know why that is. But I guess that it’s a destiny factor. Some people are just born for it. But, I’m sure that Yngwie was a hard worker also. I’m sure that he practiced a lot as a kid, just like I did. That makes a big difference.”

Often compared to Ritchie Blackmore during his career because the Deep Purple guitarist also had Classical Music influences, Malmsteen is a big fan of his work. When asked in an interview with Music Radar back in 2019 to list the 10 guitarists that impressed him the most, Malmsteen first mentioned Ritchie Blackmore, recalling he was the first guitar player he ever knew. “When I was eight years old, the only guitar player I knew was Ritchie Blackmore. I thought he was extremely good and I still think he’s good. So I disagree with the idea he was the first to bring classical ideas to guitar; that’s a large misconception.”

“He’s a blues guitar player, Made In Japan is a blues album – let’s not be confused about this. It’s all pentatonic blues, extremely good pentatonic blues, to be fair. In Rock is a fuckin’ incredible… his playing was really good on that!”

Over the decades Ritchie Blackmore was asked about his opinon on Malmsteen and he always praised the guitarist and said that now he is like family member and he even met the Swedish guitarist mother once.

A guitarist that most people wouldn’t image that Malmsteen likes is Angus Young since they have very different playing styles. But on the Music Radar list that Malmsteen back in 2019of the 10 guitarists that impressed him the most AC/DC’s Angus Young was one of the musicians he chose. “Angus is a very underrated player. He’s super-tasty and always good! It’s still blues, though, even when he does his big solo. But Classical isn’t just little triplets here and there. It’s your entire mind being released from the pentatonic box. A linear kind of playing. And no-one really does that…”

Back in the mid 80’s Yngwie Malmsteen was AC/DC’s opening act at the age of 22 in their “Fly On The Wall” United States tour. At the time he had released two studio albums “Rising Force” (1984) and “Marching Out” (1985). In 1985 he was nominated to the Grammy Awards for “Best Rock Instrumental Performance for the Rising Force album. However he lost the award to Jeff Beck’s performance on his album “Escape”. The other nominated artists to the category were Stevie Ray Vaughan, Big Guitars from Texas, Jon Butcher Axis and Northern Star.

Queen legendary guitarist Brian May is another musician that Yngwie Malmsteen admires and he even revealed to EON Music back in 2019 that he owns a Brian May guitar but didn’t specified how he got it.

Brian May joined the supergroup Generation Axe, composed by Steve Vai, Zakk Wylde, Yngwie Malmsteen, Nuno Bettencourt and Tosin Abasi to play the band’s classic “Bohemian Rhapsody” in 202 during the Covid-19 lockdown. The performance was part of Nuno’s AXS TV show called: “At Home And Social With Nuno Bettencourt & Friends”.