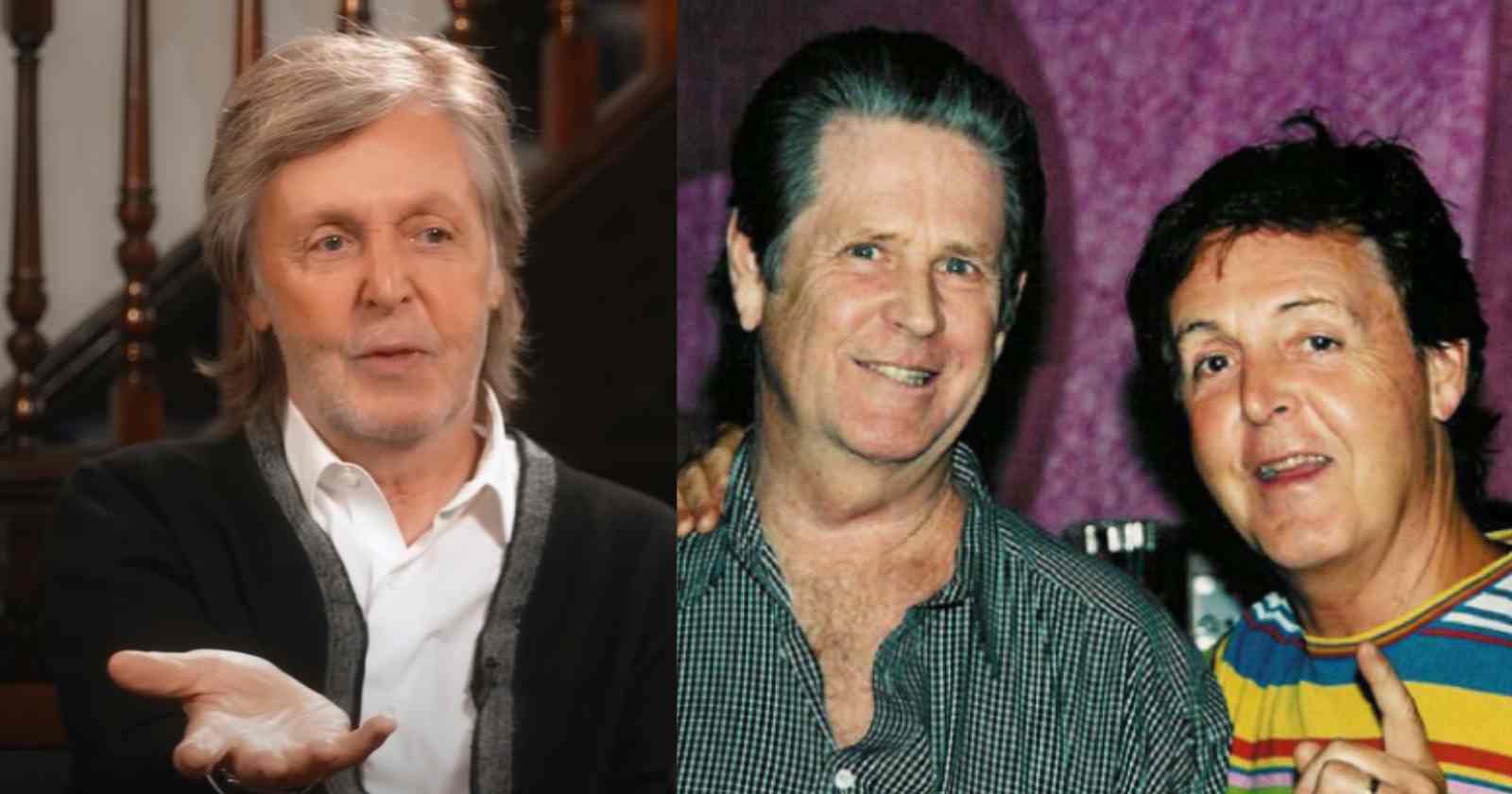 Besides being a praised bassist and singer, Paul McCartney is also famous for his songwriting, especially during The Beatles when he wrote many classic songs with John Lennon. They became the best-selling group of all time with more an estimated amount of 600 million records sold worldwide.

In an interview with B&N CEO James Daunt (Transcribed by Ultimate Guitar), McCartney listed 4 songwriters he admires and explained briefly the reason why he likes them. Rock and Roll Garage recovered what he said about them over the years and his connection with some of them.

The 4 songwriters that Paul McCartney said he admires

Back in 2020, Paul McCartney talked about Dylan in an interview with NME, saying: “I always like what he does. Sometimes I wish I was a bit more like Bob. He’s legendary… and doesn’t give a shit! But I’m not like that. His new album (Rough And Rowdy Ways)? I thought it was really good. He writes really well. I love his singing. He came through the standards albums like a total crooner. But, yeah, I like his new stuff.”

Born in Duluth, Minnesota back in 1941, Bob Dylan is considered one of the best songwriters of all time. He has been a huge influence in popular culture during his careeer spanning nearly 60 years.

In an interview for the Beatles Anthology released in 1995 (Transcribed by Rock and Roll Garage), McCartney recalled when the band first met Dylan, saying: “It was a great honor to meet him. We had a crazy party the night we met, I thought I’d got the meaning to life that night. I went around trying to find our roadie that (saying to him) ‘Mal, Mal get a pencil and a peper, I got it!’ Mal was a bit out (of himself) and he couldn’t find a pencil and paper anywhere.”

“Eventually in the end of the evening he found it and I wrote down my message for the universe, you know. I said (to the roadie), ‘Keep that in the pocket’. The next morning he said ‘Paul, do you wanna see?’. I said ‘What?’, he said ‘That bit of paper’ and I said ‘Oh yeah!’ I had written ‘There are seven levels’,” Paul McCartney said.

“Beach Boys, ‘God Only Knows,’ I think that’s a great classic. In a way, I could say I wish I’d written them, but I’ve written enough. I’ve got enough to go on with. But yeah, there are some great writers and artists out there. I love to feel that when I’m writing something here, they’re writing something there. You get a little bit of rivalry going.”

“We had a big rivalry with The Beach Boys. I suppose I had a little one with Paul Simon, that is good. I had one a rivalry with John. If he’d write a good one, I’d go, ‘Oh god, I better write something better!’ So that’s good, a little bit of competition’s a good thing. But yeah, I would think there are lots of classic songs that you need to give me three hours and I’d write you a very long list,” Paul McCartney told B&N CEO James Daunt.

The Beach Boys song that McCartney named as his favorite

In an interview with The Rolling Stones guitarist Ronnie Wood back in 2013 (Transcribed by Rock and Roll Garage), McCartney talked about his favorite Beach Boys song and recalled when he played with the American band’s mastermind, Brian Wilson.

“You know, Brian Wilson sort of proved himself to be like a really amazing composer. I was into chords, harmonies and stuff at that time and we ended up with this kind of rivalry. We put a song out, Brian adhere it and he’d do one. Which is nice, like me and John, you know, we kind of try to top each other all the time. But he eventually came out with “God Only Knows” that was a sound stomper on Pet Sounds. I just think it’s a great song… melody, harmonies, words.”

“I got to sing it with Brian once, when we did a benifit (show) together. I was okay at the actual performance, I held it together. But at the rehearsal, at the soundcheck I lost it, because it’s very emotional, this song, I find it. (I was thinking) ‘Oh my god, i’m singing with Brian’, just got me, I couldn’t. So all it is, it’s little vibrations reaching your music, it’s only little vibrations, little words and little things. There is this powerful effect, you know,” Paul McCartney said.

Born back in 1945, in Toronto, Canada, Neil Young made history in Rock and Roll music with his work with Buffallo Springfield, Crosby, Stills, Nash & Young and on his solo career.

Paul McCartney and Neil Young are friends and have played live together several times over the decades, on most occasions performing Beatles classics. Young was the one resposible to induct McCcartney into the Rock and Roll Hall Of Fame as a solo artist back in 1999. In his speech (Transcribed by Rock and Roll Garage), the Canadian musician said: “When I first heard The Beatles back in 60 somewhere, the first thing that I noticed was that ‘I might be able to this kind of thing myself’.”

“So the first song that I ever sang was a Beatles song saying ‘Give money, that’s what I want’. Saying that at school cafeteria didn’t go over that good. So we tried ‘It won’t be long, yeah’, that was better. The Beatles meant a lot to me. Paul’s music, particularly his bass playing at that time was something that a lot of the bands were very impressed. He is just one of the greatest songwriters, perhaps ever. So I think he will be remembered hundreds of years from now for the work that he did.”

“I think Paul Simon has written some amazing songs. I wouldn’t want to just say one of them but he’s certainly written some great stuff,” Paul McCartney told B&N CEO James Daunt.

Born in Newark, New Jersey back in 1941, Paul Simon made history with the music he made with Art Garfunkel and on his solo career. Simon has earned sixteen Grammy Awards for his solo and collaborative work, including three for Album of the Year (Bridge Over Troubled Water, Still Crazy After All These Years, and Graceland), and a Lifetime Achievement Award.

He was inducted into the Rock and Roll Hall Of Fame twice, one as a member of the duo Simon & Garfunkel and the other as a solo artist. McCartney and Paul Simon are friends and have played live together in some occasions over the decades.