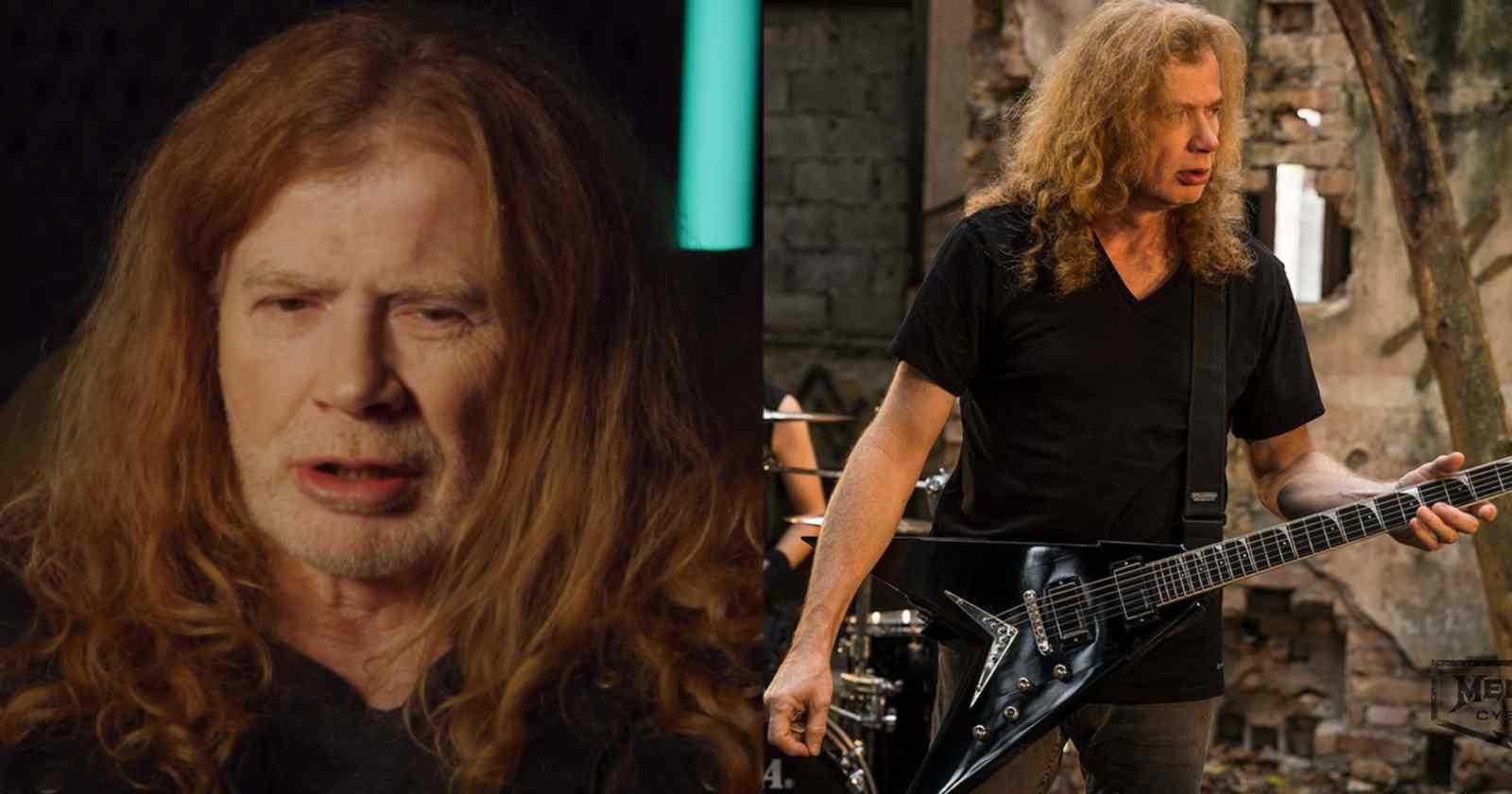 Megadeth guitarist and singer Dave Mustaine, one of the most important musicians in the history of Heavy Metal listed in an interview with College Radio News Network back in 2019 his 3 favorite vinyl albums and showed that he doesn’t listen only to heavy music.

The 3 vinyl albums that Dave Mustaine listed as his favorites:

“If I was forced to pick my top three vinyl albums, I would probably pick some old classics. Because of the tonality of the instruments back then and a lot of the analog amplifiers. As well as the analog consoles and analog recording devices. Same thing with the analog microphones. So, probably [1968’s] ‘The White Album’ from The Beatles. Probably [1975’s] ‘Wish You Were Here’ from Pink Floyd, or [1973’s] ‘The Dark Side of the Moon,’ which is another great album for sounds like that.

“And most definitely, because it’s very personal to me, AC/DC’s [1977 album] ‘Let There Be Rock.’ Like I said, to me, all of the analog equipment and the chain, the series of all of the parts, as much analog as possible, to me, had a really warm sound.”

One of the most famous Beatles records the “White Album” was released back in 1968 as a double album. It contains classic songs like “Back In The USSR”, “Ob-La-Di, Ob-La-Da”, “While My Guitar Gently Weeps”. Besides “Blackbird”, “Helter Skelter” and “Revolution 9”.

AC/DC “Let There Be Rock”

One of the last AC/DC albums with the late singer Bon Scott, “Let There Be Rock” released back in 1977 and included many classics like the title track, “Dog Eat Dog”, Hell Ain’t a Bad Place to Be” and “Whole Lotta Rosie”.

Formed in Los Angeles, California back in 1983 by Dave Mustaine (Fired from Metallica) and bassist David Ellefson, Megadeth is one of the biggest Thrash Metal bands of all time. Listed alongside Anthrax, Metallica and Slayer in the “Big Four” of the genre.

Mustaine is the only constant member of the band since it’s foundation. They sold over 38 millions records all over the world and won their first Grammy Award back in 2017 for the song Dystopia, from the album of the same name, in the Best Metal Performance category.