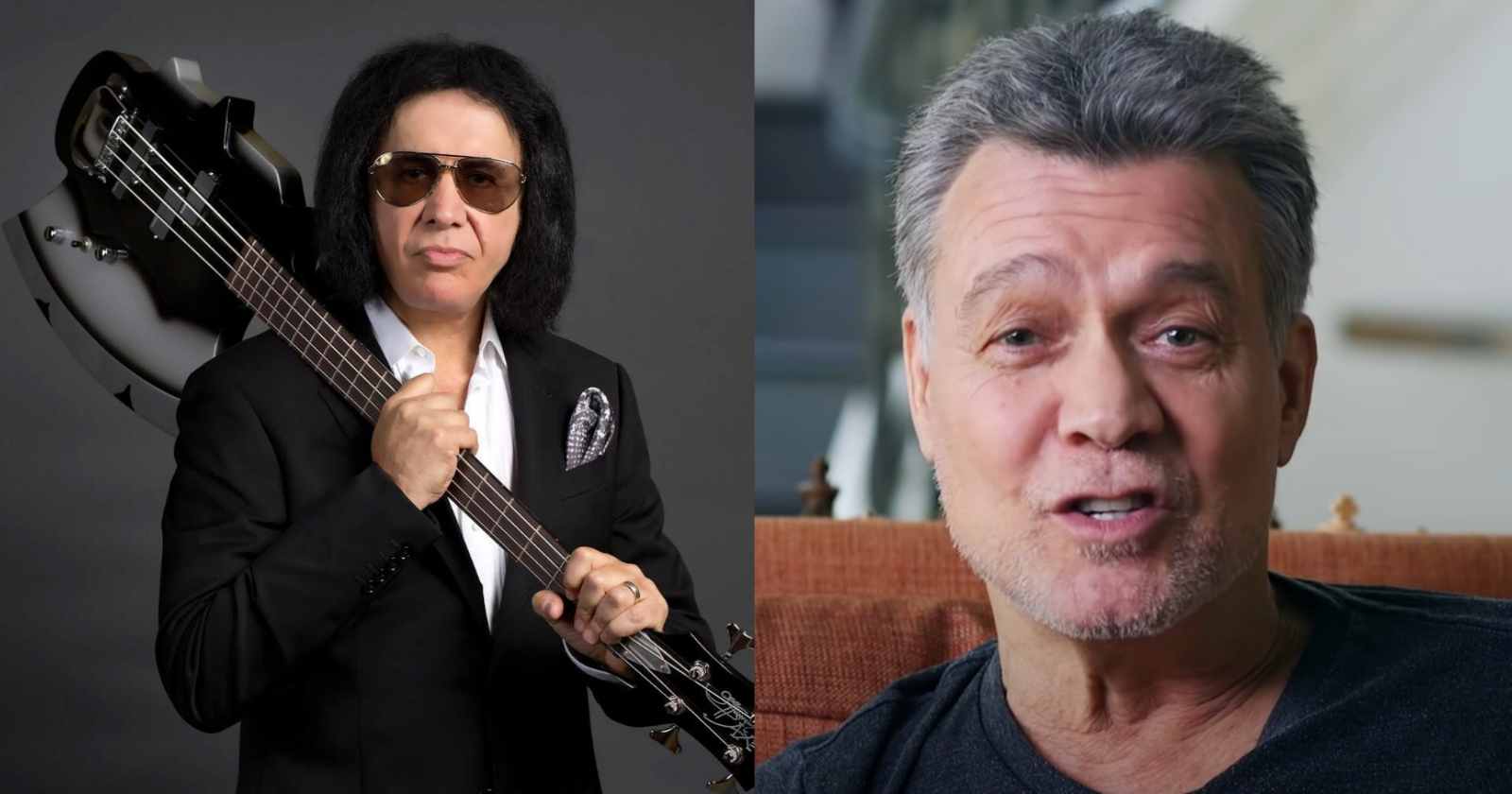 The Kiss bassist and singer Gene Simmons helped Van Halen to produce one of their first demos to try to get a record deal after he saw the band playing in a club and was impressed by them. The late legendary guitarist Eddie Van Halen even helped Kiss on some compositions at the time. They remained friends over the decades and Simmons is a big fan of the group.

Rock and Roll Garage selected the 3 Van Halen songs that Gene Simmons listed as favorites and selected what the musician said about them.

The 3 Van Halen songs that Gene Simmons listed as favorites

“Runnin’ With The Devil”

Gene Simmons listed back in 2014 in an interview with the radio show “Celebrity Shuffle” (Transcribed by Rock and Roll Garage) some of his favorite songs of all time and one of them was Van Halen’s “Runnin’ With The Devil”. He explained, saying: “A band I saw in it’s infancy in a place called ‘Starwood’. It was club in Los Angeles. They were the warm up band to the headliner and it was just a club band.”

“I went backstage and immediately convinced the band, Eddie, Alex, Roth obviously that they should not sign with a yougurt manufacturing company guy who was gonna support them. But that I would fly them to New York and produce their demo at Electric Lady studios and I did. I worked with the band trying to figure out what arrangement worked (and) what didn’t. We picked 15 songs. They were recorded on a 24 track and this was their demo,” Gene Simmons said.

One of Van Halen’s most famous tracks, “Runnin’ With The Devil” was first released on the band’s self-titled 1978 debut album.

Even though the track was released on Van Halen’s successful “1984” (1984) album, Gene Simmons said he preferes the version the group did when they recorded one of their first demos with his help as he revealed  in an interview with Guitar World in 2021.

“My favorite Van Halen song of all time is that unreleased House of Pain. There’s nothing better, and that includes Eruption. That thing is like a locomotive that’s going down the track without being able to stop,” Gene Simmons said.

He also praised the track when he talked with Jeremy White Podcast (Transcribed by Rock and Roll Garage) back in 2020: “The original version of ‘House Of Pain’ is like a locomotive that doesn’t stop and your jaw would drop. The ‘House Of Pain’ that was recorded by them (On the ‘1984’ album) is tame compared to what this is. You will be shocked and mostly is live in the studio.”

“I love Jamie’s Cryin’ because of that hook. Which, of course, was sampled by Tone Lōc,” Gene Simmons told Guitar World

“Jamie’s Cryin'” is another track from the band’s self-titled 1978 debut album. Besides “Runnin’ With The Devil” that record also had other famous songs like “Eruption”, “You Relly Got Me”, “Atomic Punk” and “Aint Talkin’ ‘Bout Love”.

Back in 2020 after Eddie Van Halen’s death at the age of 65, Simmons lamented the musician’s death in an interview with Rolling Stone, saying: “This is a heartbreaking day for me. Eddie was a beautiful soul. A sweetheart of a guy.”

“You can say he’s the finest guitarist on two legs since Hendrix. All those superlatives, which of course are true. But for me the most memorable image when I heard he passed today was Eddie smiling from ear to ear.”