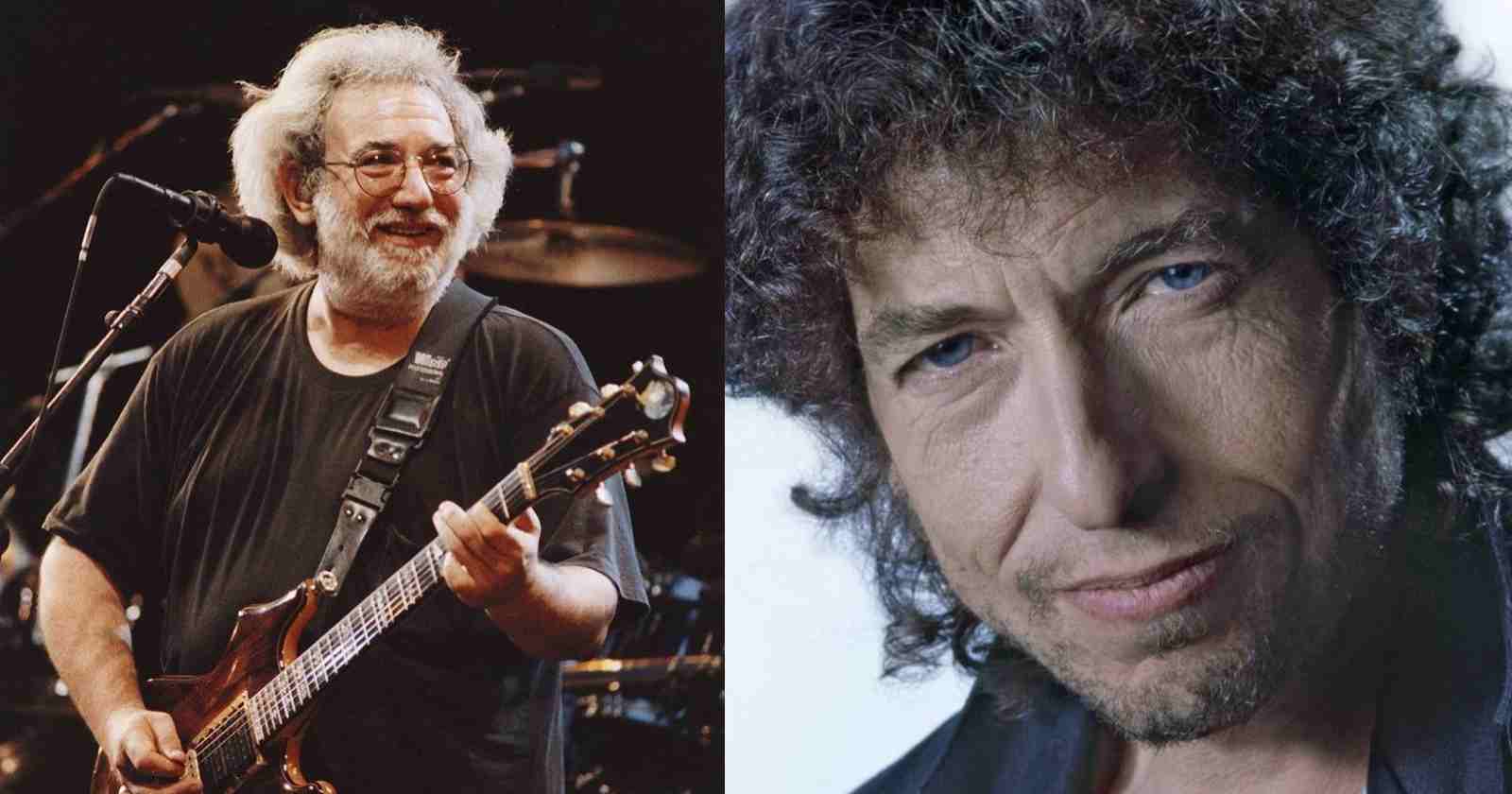 Formed in Palo Alto, California back in 1965, The Grateful Dead became one of the most important American bands of all time. Mixing Rock and Roll with many other styles, the group gained loyal fans over the decades and some of them are famous musicians. Rock and Roll Garage selected 3 legendary musician who love them.

The 3 legendary musicians who love The Grateful Dead

The musician performed several times with Grateful Dead back in the late 80s. Especially in 1987 when a successful stadium tour featuring Dylan and The Grateful Dead happened in North America. The artists performed separetly and together at those tour dates. The result of those concerts was a collaborative live album called “Dylan & the Dead” (1989), produced by John Cutler and Jerry Garcia. It has only songs composed by Bob Dylan that the artist performed live with the Grateful Dead.

The legendary Folk-Rock musician loves the Californian band and he paid tribute to guitarist Jerry Garcia when the musician died in 1995 at the age of 53.  Talking with Rolling Stone at the time, Bob Dylan said:  “There’s no way to measure his greatness. Or magnitude as a person or as a player. I don’t think eulogizing will do him justice. He was that great. Much more than a superb musician with an uncanny ear and dexterity. He is the very spirit personified of whatever is muddy river country at its core and screams up into the spheres. He really had no equal.”

“To me he wasn’t only a musician and friend. He was more like a big brother who taught and showed me more than he’ll ever know. There are a lot of spaces and advances between the Carter family, Buddy Holly and, say, Ornette Coleman. A lot of universes. But he filled them all without being a member of any school. His playing was moody, awesome, sophisticated, hypnotic and subtle. There’s no way to convey the loss. It just digs down really deep,” Bob Dylan said.

The musician recently paid tribute to the band covering the track “Friend Of The Devil” during his North American tour in June, 2022. It was the first time since 2007 he performed a Grateful Dead song live.

Besides having a successful solo career, the singer and guitarist Sammy Hagar is also known for his work with Montrose and Van Halen. Over the decades he had the chance to share the stage with many legendary musicians, including the Grateful Dead members. He performed many songs of the group with Jerry Garcia, Bob Weir, Mickey Hart and even with the band’s spin-off band Dead & Company that has guitarist and singer John Mayer.

In 1997, drummer Mickey Hart played percussion in several tracks of Hagar’s album “Marching To Mars” and the singer recalled that when he interviewed Weir and Hart on his show “Rock and Roll Trip” back in 2016. During the program he also recalled the first time he saw The Grateful Dead live (Transcribed by Rock and Roll Garage): “The first time I saw the Dead was in new year’s eve show somewhere around 1977, 1979. I didn’t like the Dead, we know this. We already had this conversation on airplanes and when we where hanging out, doing stuff.”

“But I came back around so far. When I saw the Dead back then I didn’t get it because I’ll be waiting about an hour and half (for the chorus). But then something would happen where the whole place just came alive and I got goosebumps. That’s the magic of the Dead. The fact that you and I ever came together it’s a miracle. It’s awesome for me, it’s been one of the greatest things.”

“‘Marching To Mars‘, one of my favorite records I’ve ever made in my life. Mickey is as responsible for that record as Mike Clink, myself or any musician on it. He really coaxed (the songs) out of me. And got me to jump back on the horse after getting, what you would call it? Unceremoniously thrown out of Van Halen, something like that.”

Hagar then continued explaining that anyone get’s what the Grateful Dead is about when they perform with them on stage: “When I actually got a chance to jam with you guys (The Dead), it was magic to me. When you’re standing there on the stage with you guys, you get it. I don’t care what musician you are or who you are. You can bring Elvis back from the dead and put it him up there. He will be saying: ‘Oh, I get this’. Because it’s really a fur raising experience,” Sammy Hagar said.

Even though the Grateful Dead had more success and toured more extensively in the United States, their music reached one of the most famous British musicians that appeared in the late 70s. Elvis Costello is a big fan of the group and even had the chance to perform with Jerry Garcia in the late 80s. Talking with Musician magazine in 1991, side-by-side with Garcia, the British artist said: “I think one thing that’s overlooked about the Dead is the strength of the songs. If it wasn’t for all the cultural baggage that comes with the Grateful Dead. And maybe the name being in one way a defense and in another an alienating thing. Also if you were Norwegian or something, I think by now you’d be regarded as a sort of super jazz band.”