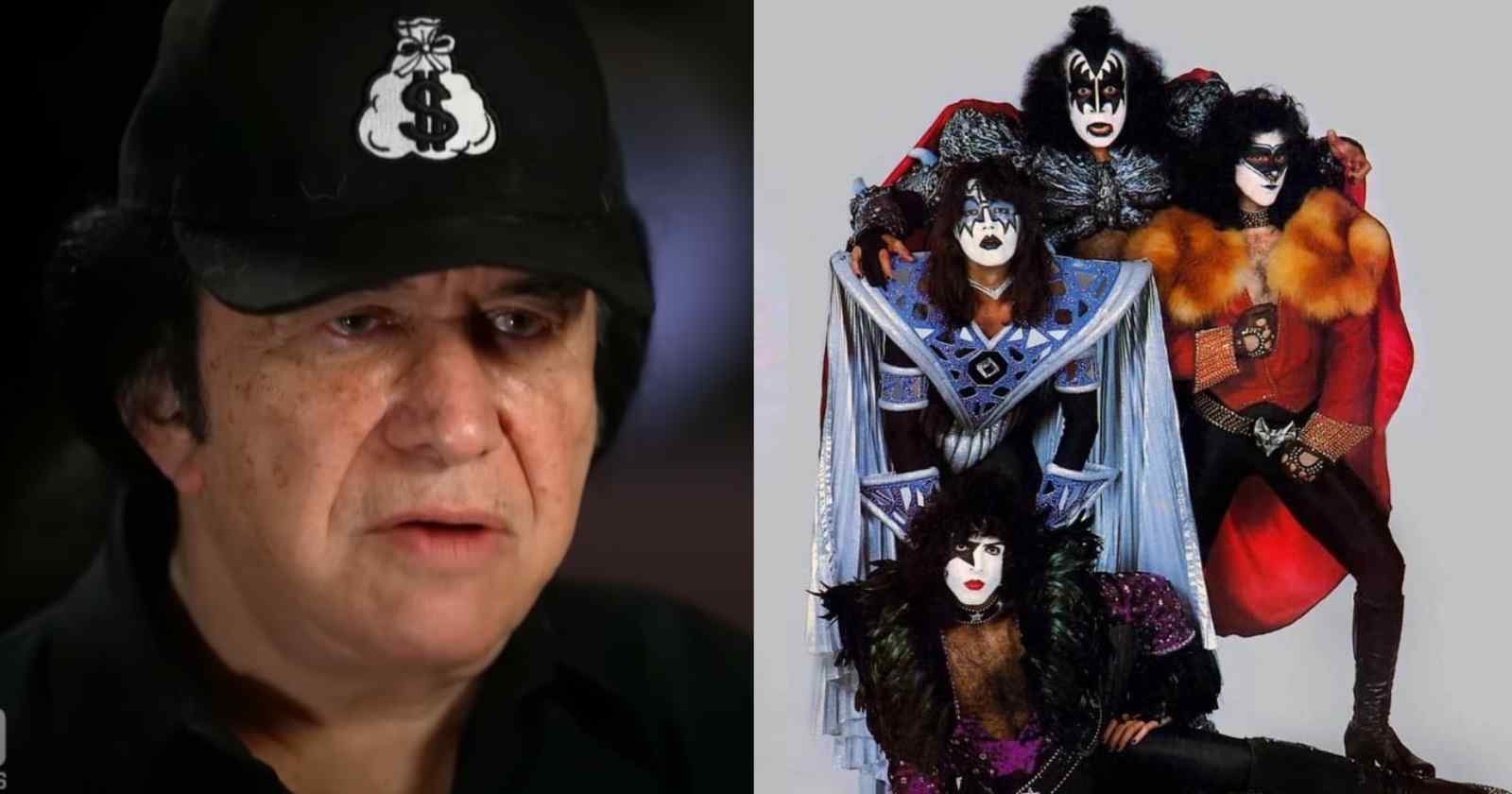 Kiss was formed in New York City back in 1973 by Paul Stanley, Ace Frehley, Peter Criss and Gene Simmons. Over the decades the band kept going with Simmons and Stanley as the only two constant members. Their discography, image, shows and stage presence influenced countless bands are already part of Rock and Roll history.

In an interview with Christof Graf (Transcribed by Rock and Roll Garage), the group’s bassist and singer Gene Simmons picked the 3 albums they’ve made that are the most important ones. He said that the “records are slightly different sides of Kiss but they sound like Kiss because of the songwriting and the vocals”.

Rock and Roll Garage also selected what the musician said about those albums over the years.

Gene Simmons talked with Music Radar back in 2012 about the making of “Destroyer” and said that at the time, after a few albums that had the raw sound of the group they decided to make an arranged album. “When it first came out some people were really happy with ‘Detroit Rock City’ and some people were upset with Beth. They were released as the single, ‘Detroit Rock City’ as the A-side, but the b-side, ‘Beth’, became the Number One record.

“Everything has been a gamble. When we first put on the make-up, that was a gamble. When we decided not to do la-di-dah music or wear tie dye t-shirts, not to sit on the stage with acoustic guitars and incense singing about birds and trees, it was all a gamble,” Gene Simmons said.

The most famous Kiss album with the original line-up that had drummer Peter Criss and guitarist Ace Frehley, “Destroyer” is their fourth record and was released in 1976. Produced by the famous Bob Ezrin, the album has classics like “Detroit Rock City”, “King of the Night Time World”, “God of Thunder”, “Shout It Out Loud” and “Beth”.

In 2022, Kiss celebrated the 40th anniversary of the album releasing a super deluxe edition and in an official statement, Gene Simmons recalled how it was to have two new musicians replacing Peter Criss and Ace Frehley at the time. “The ‘Creatures’ record was a transitioning record because Ace Frehley and Peter Criss were out of the band. You can’t do it all yourself, so we brought in different guitar players, different things, and we co-wrote,” Simmons said.

“Creatures Of The Night” (1982) was the third album that Kiss released in the 80s. It was the last one that had Ace Frehley credited as the band’s guitarist. However, Vinnie Vincent was the one who played all the guitar parts and didn’t received credit at the time.

The record has hits like “Creatures Of The Night”, “Saint and Sinnner” and “I Love It Loud”.

In 1992, when the band was promoting “Revenge”, Gene Simmons talked with Shout! magazine about it and explained why it was a much heavier album. “The record is a much darker record than anything we’ve done in the last 10 to 15 years. No planned reason for it, it just sort of happened that way. And ‘Revenge’ is a title that flew out of Paul’s mouth one day. We all said, ‘Yes, I don’t know what it means. But it feels like the right word’. Because there are song titles like ‘Thou Shalt Not’, ‘Spit’, ‘Paralyzed’, ‘Though Love, ‘Heart Of Chrome’. It’s a kick in your pants kind of record. It could have just as well been called ‘Guitar From Hell,'” Gene Simmons said.

“Revenge” was the most praised album that Kiss released in the 90s. It was the first record that featured the drummer Eric Singer, who replaced Eric Carr in some tracks. It has famous songs like “Unholy”, “God Gave Rock N’ Roll To You II” and “I Just Wanna”.

Besides Singer, Simmons and Stanley, the band’s line-up also had the guitarist Bruce Kulick.