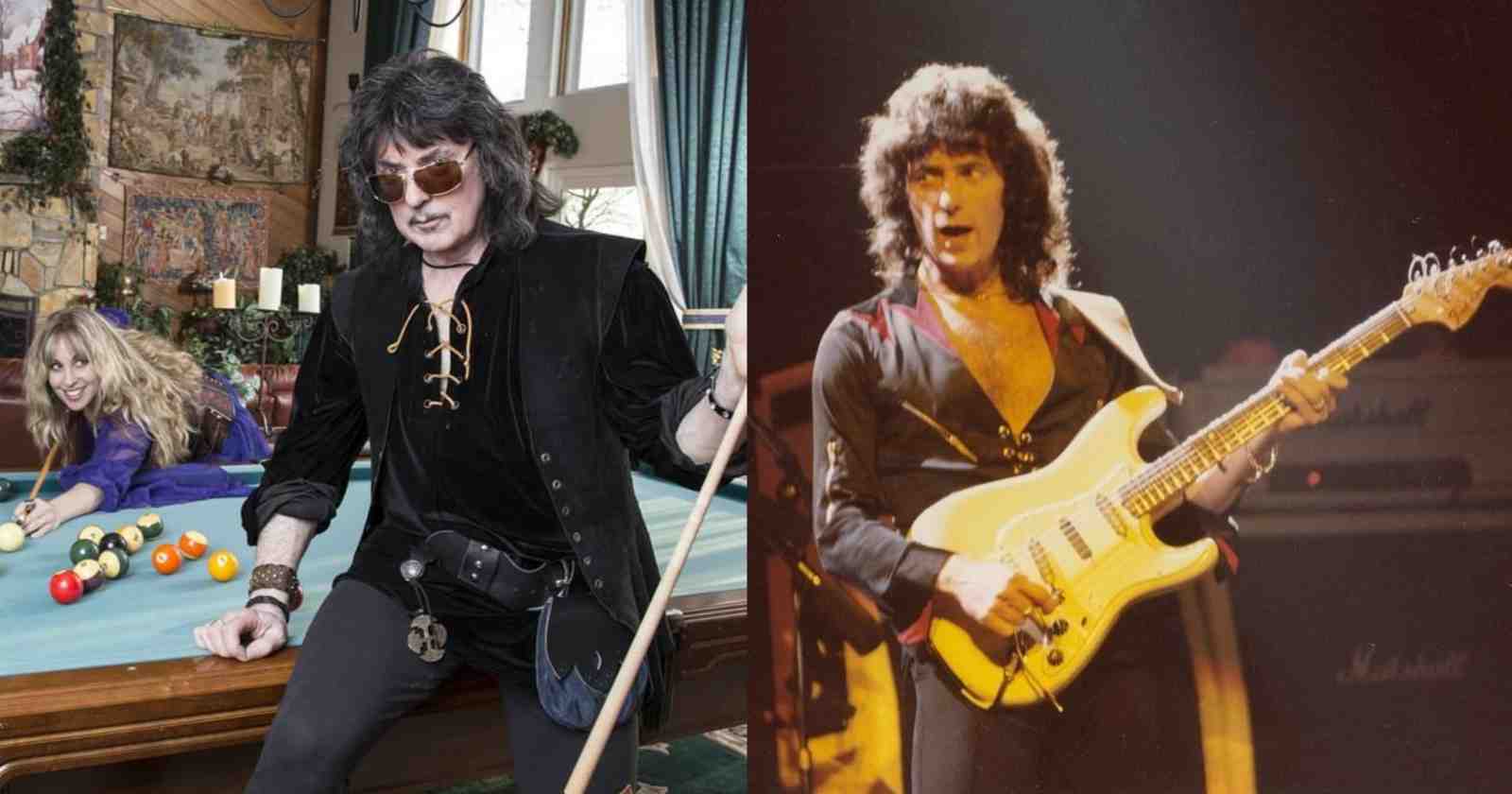 The guitarist Ritchie Blackmore started his musical career in the 60s but it was in the 70s that he first achieved fame as a member of Deep Purple, becoming one of the most influential guitarists of that era.

In 1975 he decided to leave Purple and founded his own band called Rainbow, that also became one of the most praised groups in the history of Hard Rock music. In that same year, when Rainbow released their debut album, Ritchie Blackmore was interviewed by International Musician magazine and mentioned 3 gutiarists as good ones. Rock and Roll Garage selected what he said about those artists over the decades and his connection with some of them.

The British guitarist Jeff Beck, famous for his work solo work and with The Yardbirds, besides many other collaborations with famous musicians, is one of the guitar players that Blackmore listed as one of his favorites.  The two had met for the first time in the mid-60s when both of them were working as session musicians.

“Being a guitarist, I obviously know a lot of tricks of the trade. But whenever I watch Beck I think ‘How the hell is he doing that?’ Echoes suddenly come from no-where. He can play a very quiet passage with no sustain and in the next second suddenly race up the fingerboard with all this sustain coming out. He seems to have sustain completely at his fingertips. Yet he doesn’t have it all the time, only when he wants it.”

“Jeff’s a very natural guitar player. I think he’s more interested in building cars though. He’s a very good mechanic. He builds them himself, I don’t know how many he’s got by this time. He’s just finished one, and that’s what inspires him to play. After you’ve been playing a certain amount of time, it’s nice to be able to think about the guitar. I know he does by the choice of notes he plays,” Ritchie Blackmore told International Musician magazine in the 70s.

For Ritchie Blackmore, Jeff Beck could “make magic with his playing”

As can be seen, Blackmore loved Jeff Beck since the early days as he told Guitar Player magazine in 1973. Blackmore had by then already said that Beck was one of his favorite guitarists and explained that he admired the artist because he was always taking chances, not being afraid of the consequences. He stated that in some nights Beck’s ideas would work and be brilliant. But in some shows everything would be a disaster and the critics would criticize him.

In 2023, after Jeff Beck’s death at the age of 78, Blackmore lamented his passing and recalled in an official statement the first time the two had met face to face. “First met Jeff Beck around 64-65. It was a session where we were both playing guitars and Jimmy Page was producing. I couldn’t believe how incredible he was. Not only with his technique but his sound too. I became a fan of his ever since.”

“He could reach up into the stars and make magic with his playing. His choice of notes were always absolutely perfect. This whole thing is a shock. We shall always remember Jeff as the best rock and roll player,” Ritchie Blackmore said.

Another virtuoso guitarist that Blackmore said he liked at the time was Mike Bloomfield. The American guitarist is best known for playing on Bob Dylan‘s “Highway 61 Revisited”, including the hit single “Like a Rolling Stone”.

In a conversation with  Vintage Guitar in 2017, Blackmore talked about some of his biggest influences and praised Bloomfield’s work in the Paul Butterfield Blues band.

“One of my main inspirations in blues was Shuggie Otis, the son of [R&B artist and impresario] Johnny Otis – I thought he was great, and he was only 15 years old at the time. I loved Mike Bloomfield in the Paul Butterfield Blues band, and Mick Taylor is a fine blues player. I was also influenced by English rock and roll players like Tony Harvey and Joe Moretti,” Ritchie Blackmore said.

It’s not a surprise that Blackmore loves Bloomfield, since the Rainbow guitarist already praised Bob Dylan’s discography many times.

In an interview from 2018 posted on his official Youtube channel (Transcribed by Rock and Roll Garage), the musician said:

“I would love to play with Bob Dylan. I mean it sounds kind of funny in a way, but he is the only person I admire in the business. And I have been in the business for so long. He’s the one that I still feel he remains mysterious. There is something about him that I think is truly monumental and he is so creative. When you think on all the songs that he has written, you know. ‘Mr. Tambourine Man’, ‘Blowing In the Wind’, it’s endless. So I’m a big fan of his.”

Besides working with Dylan, Bloomfield also was part of another classic record: “I Got Dem Ol’ Kozmic Blues Again Mama!” from Janis Joplin.

One of the most influential guitarists from Progressive Rock, Steve Howe is not a musician that many fans would think Blackmore would praise. But, he is one of the guitar players that he mentioned in the interview. But the musician said in an interview with Guitar Player magazine that he was very good, but that he is not the type of guitar player he listens to.

“He’s very good at it. I remember him from a long time ago, and he’s always been good. But he’s not the kind of guitarist I can listen to. He’s very good at runs, but I don’t like that type of playing much,” Ritchie Blackmore said.

Born in Holloway, London, England back in 1947, Steve Howe first begun his musical career in 1964 but achieved fame only a few years later as a member of Yes.

Even after leaving the group in the early 80s, he continued to be successful as a member of the supergroup Asia. Over the decades he also released many solo albums and worked with other artists. Some of them are Steve Hackett, Lou Reed, Bee Gees, Queen and more.