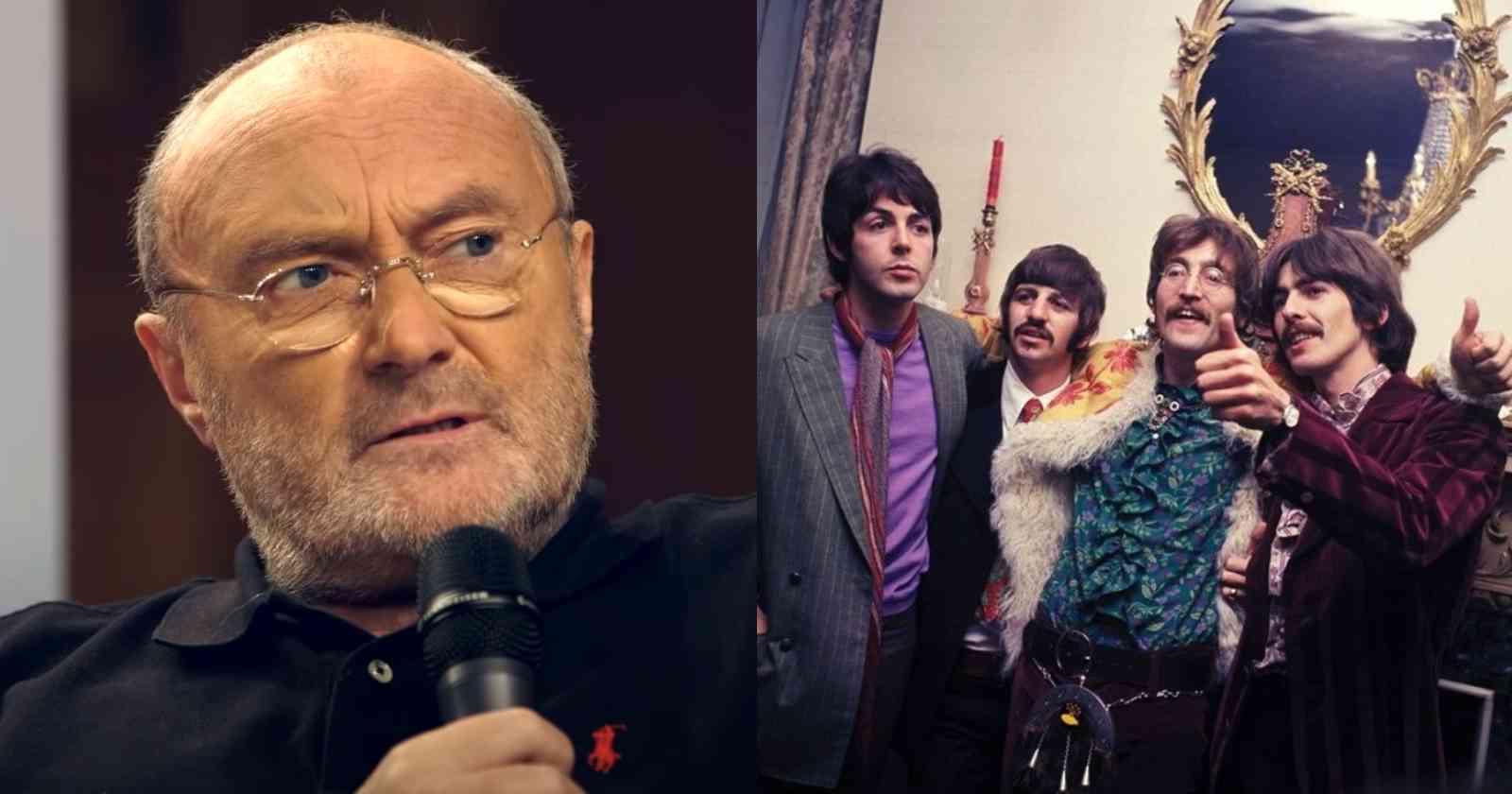 The connection between Phil Collins and The Beatles curiously started before he became famous with Genesis. The drummer and singer was in the audience when the Liverpool group recorded “A Hard Day’s Night” at the age of 13 and only a few years later was part of the sessions for George Harrison‘s solo album “All Things Must Pass”, but his contribution wasn’t featured on the record. Collins’ admiration for the group only grew stronger during his career and they were a big influence on him. To show a little bit of Phil Collins’ beatlemania, Rock and Roll Garage selected the 3 songs that the musician said over the decades as some of his favorites from the Fab Four.

From the 1964 Beatles album of the same name, “A Hard Day’s Night” is one of the Beatles biggest classics. Also became the band’s first movie, being released in the same year. Phil Collins listed in an interview with Rolling Stone back in 2016, the song as one of his favorites of all time and recalled he had the chance to be part of the audience when the band was recording the movie: “I got the chance to be in the audience when the Beatles filmed ‘A Hard Day’s Night’. They wanted kids that were screaming. I just sat still, which is probably why I was cut out of the film.”

“Thirty years later I was asked to narrate a documentary about the movie. I got to go through the outtakes. So I found a guy wearing a pin tie that looked just like me, sitting completely still. I remember thinking, ‘For crying out loud. Will you stop screaming? Let’s listen to the music!’” Phil Collins said.

From the second Beatles album “With The Beatles” (1963), “All My Loving” is one of the songs that Phil Collins said in an interview with BBC Radio back in 1993 that he would take to a desert island.

“Well, no collection would be complete without one or two Beatles records. I mean, The Beatles were the reason I’m in this business. Really although I’ve been playing the drums since I was five, it was The Beatles that suddenly gave a purpose. This I think sums up that early mid 60’s feeling from me when I was in school, really loving it,” Phil Collins said (Transcribed by Rock and Roll Garage) .

One of the most famous Beatles song, “All My Loving” was written by John Lennon and Paul McCartney. It gave a little taste of the potential their songwriting partnership had. Also peaked at number 45 on the United States Billboard Hot 100 chart at the time.

Another track from the “A Hard Day’s Night” (1964) album, Phil Collins also told BBC Radio in 1993 (Transcribed by Rock and Roll Garage) that “If I Fell” would be another song he would like to take to a desert island. Credited to Lennon and McCartney, the song had John Lennon on vocals.

“Talking about my acting career. I was at ‘Hard Day’s Night’ although you never see me. But I got paid for it. This is a song that they sang in ‘Hard Day’s Night’ when we were there doing the screaming at the end of the film. Again, like ‘All My Loving’, it all sums up the wonderful period of my life: the 60’s,” Phil Collins said.

Curiously, Phil Collins is alongside Paul McCartney one of the few musicians who sold an estimated amount of more than 100 million records worldwide both in a band and on their solo careers.