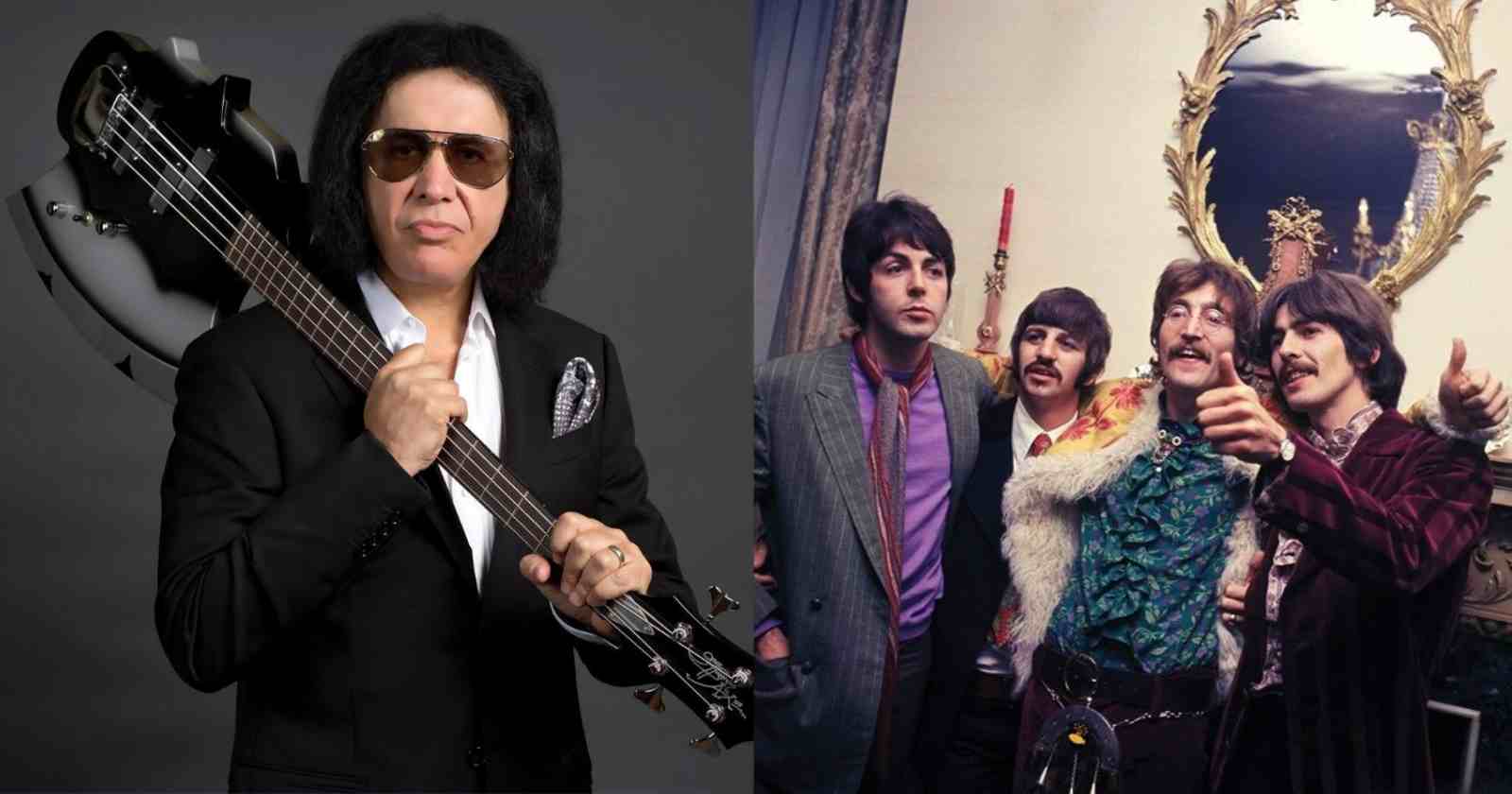 The Beatles released their first album in 1963 and for the next seven years until their break up they changed not only Rock and Roll, but the music in general. Beatlemania conquered the entire world and influenced musicians to try different approaches and sounds when composing their songs. Many famous rock stars credited the Fab Four as one of their biggest influences and one of them is the legendary Kiss co-founder, bassist and singer Gene Simmons.

To show more of his love for the British group, Rock and Roll Garage selected the 3 Beatles songs that Simmons said 0ver the years that he likes.

The 3 Beatles songs that Gene Simmons said he likes

“I Want To Hold Your Hand”

Gene Simmons was only 14 years-old when the Beatles made the historical appearance on the Ed Sullivan Show in 1964. Talking with Music Radar in 2017, the musician listed some of the tracks that blew his mind at some point in his life and one of them was “I Want To Hold Your Hand”, released as a single by the band in 1963. The band performed that track on the show and Gene knew right away what he wanted to do in his life.

“Like so many American kids, I first saw the Beatles on the Ed Sullivan Show in 1964. I’m not kidding. They looked and sounded like they’d landed from another planet.”

“These thin, weedy guys seemed so much smaller than American artists. Almost like little girls. This was the era when everything in America was BIG! Then there was the strange, Scouse accent.”

“In my eyes, these guys were outsiders. Just like me. I didn’t look like all the other kids at school. I had a funny accent. But the Beatles showed me that you could be an outsider and still reach for the stars. And you could still be fucking cool!” Gene Simmons said.

“I Want to Hold Your Hand” was one of the biggest hits from The Beatles in the first years of their career. At the time of it’s release, the track reached number 1 on the United Kingdom singles chart for five weeks.

Another Beatles song that Gene Simmons said he likes is “Revolution”, that was released by the band in 1968 as the b-side for “Hey Jude”. This version for “Revolution” picked by Simmons turned out to be the most faster and heavier version of the track. But it wasn’t included on the “White Album” (1968).

It was in an interview with Planet Rock (Transcribed by Rock and Roll Garage) in 2022, that he listed some of his favorite songs of all time. He picked “Revolution” as one of them. In that same conversation he praised the United Kingdom for Rock and Roll music. “Theres is no place like the United Kingdom. For me, this is holy ground. You gave the world The Beatles and for that I can almost forgive you for being a colonial empire. They literally changed the world and opened the mind of a lot of young kids who all of a sudden discovered Motown, Chuck Berry and all that. They had no idea the impact they had,” Gene Simmons said.

In an interview with Billboard back in 2012, Simmons said that Kiss was designed to be “The Beatles on steroids”. According to him, that’s why the follow the songwriting format “A-B-A, verse-chours-verse”. Also the fact that originally all the band members wrote songs and occasionally sang in some tracks. Both things just like The Beatles did.

“While My Guitar Gently Weeps”

Other Beatles song chosen by Gene Simmons as one of his favorites in the conversation with Planet Rock was “While My Guitar Gently Weeps”. Song from the self-titled Beatles album released in 1968. Different from the other two previous tracks, that were written by John Lennon and Paul McCartney, this one is only credited to George Harrison.

Before the song was played in the radio program, Gene Simmons revealed that he would like to play the last Kiss concert at the Cavern Club in Liverpool. The Beatles played many times at that place in the early days of their career. “I honestly don’t know. But I have dream scenarios in my mind. I don’t have the right to say these words, I’m not qualified to say those words. It’s even semi-sacrilegious. (But) boy, I would love the last time to play in very small amps at the Cavern Club. Even if nobody was there,” Gene Simmons said.

Talking with The Quietus in 2015, he chose the 1968 Beatles self-titled album as one of his favorites of all time. In his opinion it is an “overlooked” record that people can tell the difference between the Lennon-McCartney and George Harrison compositions.