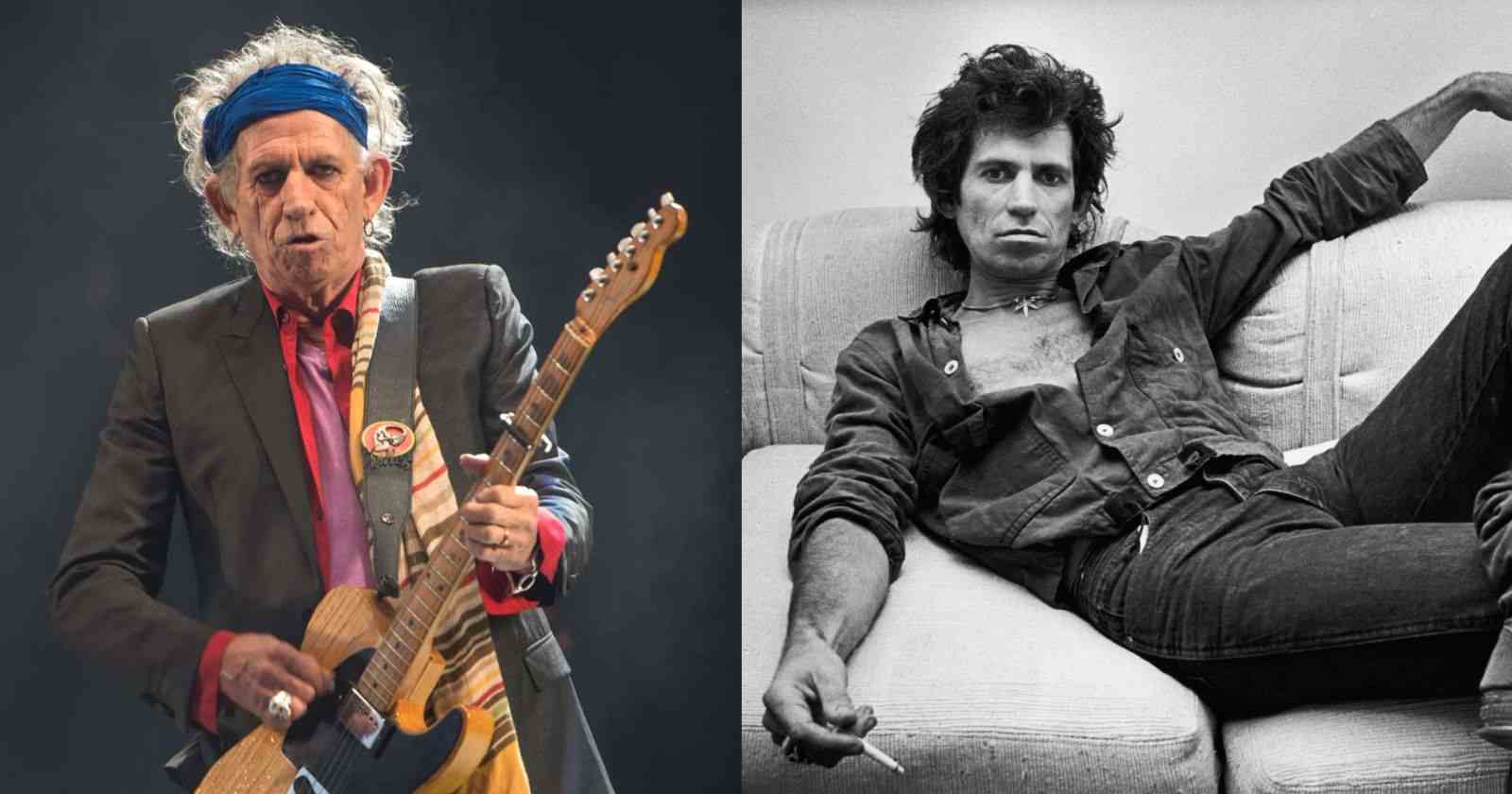 The 20 singers that Keith Richards listed as the best of all time:

In twentieth position, Keith Richards listed himself. Despite being considered one of the greatest guitarists of all time, Richards also sang in great Stones classics like “Happy” and “Before They Make me Run”.

Bonnie Raitt is an American blues singer, guitarist, songwriter, and activist. During the 1970s, Raitt released a series of roots-influenced albums that incorporated elements of blues, rock, folk and country.

She was also a frequent session player and collaborator with other artists, including Warren Zevon, Little Feat, Jackson Browne, The Pointer Sisters, John Prine and Leon Russell.

Warren Zevon was an American rock singer, songwriter, and musician. Zevon’s most famous compositions include “Werewolves of London”, “Lawyers, Guns and Money”, and “Roland the Headless Thompson Gunner”.

Tom Waits’ lyrics often focus on the underbelly of society and are delivered in his trademark deep, gravelly voice. He worked primarily in jazz during the 1970s, but his music since the 1980s has reflected greater influence from blues, rock, vaudeville, and experimental genres.

Otis Redding is considered one of the greatest singers in the history of American popular music and a seminal artist in soul music and rhythm and blues. His style of singing gained inspiration from the gospel music that preceded the genre. His singing style influenced many other soul artists of the 1960s.

Mavis Staples is an American rhythm and blues and gospel singer, actress, and civil rights activist. She has recorded and performed with her family’s band The Staple Singers and also as a solo artist.

Ronnie Spector formed the girl group the Ronettes in 1957 with her older sister Estelle Bennett and their cousin Nedra Talley. She fronted the group while record producer Phil Spector produced the majority of their output.

Gram Parsons was an American singer, songwriter, guitarist, and pianist. He recorded as a solo artist and with the International Submarine Band, the Byrds, and the Flying Burrito Brothers. He popularized what he called “Cosmic American Music”, a hybrid of country, rhythm and blues, soul, folk, and rock.

Muddy Waters was an important figure in the post-war blues scene, and is often cited as the “father of modern Chicago blues.” His style of playing has been described as “raining down Delta beatitude.”

Aaron Neville has had four platinum albums and four Top 10 hits in the United States, including three that went to #1 on Billboard’s Adult Contemporary chart. “Tell It Like It Is”, from 1966, was #1 on the Soul chart for five weeks.

Toots Hibbert was a Jamaican singer and songwriter who was the lead vocalist for the reggae and ska band Toots and the Maytals. A reggae pioneer, he performed for six decades and helped establish some of the fundamentals of reggae music.

Willie Nelson was one of the main figures of outlaw country, a subgenre of country music that developed in the late 1960s as a reaction to the conservative restrictions of the Nashville sound. Nelson has acted in over 30 films, co-authored several books, and has been involved in activism for the use of biofuels and the legalization of marijuana.

George Jones achieved international fame for his long list of hit records, including his best-known song “He Stopped Loving Her Today”, as well as his distinctive voice and phrasing. For the last two decades of his life, Jones was frequently referred to as the greatest living country singer.

Buddy Holly was a central and pioneering figure of mid-1950s rock and roll. He was born in Lubbock, Texas, to a musical family during the Great Depression, and learned to play guitar and sing alongside his siblings. His style was influenced by gospel music, country music, and rhythm and blues acts.

Jimmy Cliff is the only living reggae musician to hold the Order of Merit, the highest honour that can be granted by the Jamaican government for achievements in the arts and sciences. Keith Richards been in Jamaica frequently over the decades and had the chance to know a little bit more about the country’s musicial scene.

Hit songs such as “I Never Loved a Man (The Way I Love You)”, “Respect”, “(You Make Me Feel Like) A Natural Woman”, “Chain of Fools”, “Think” and “I Say a Little Prayer” propelled her past her musical peers.