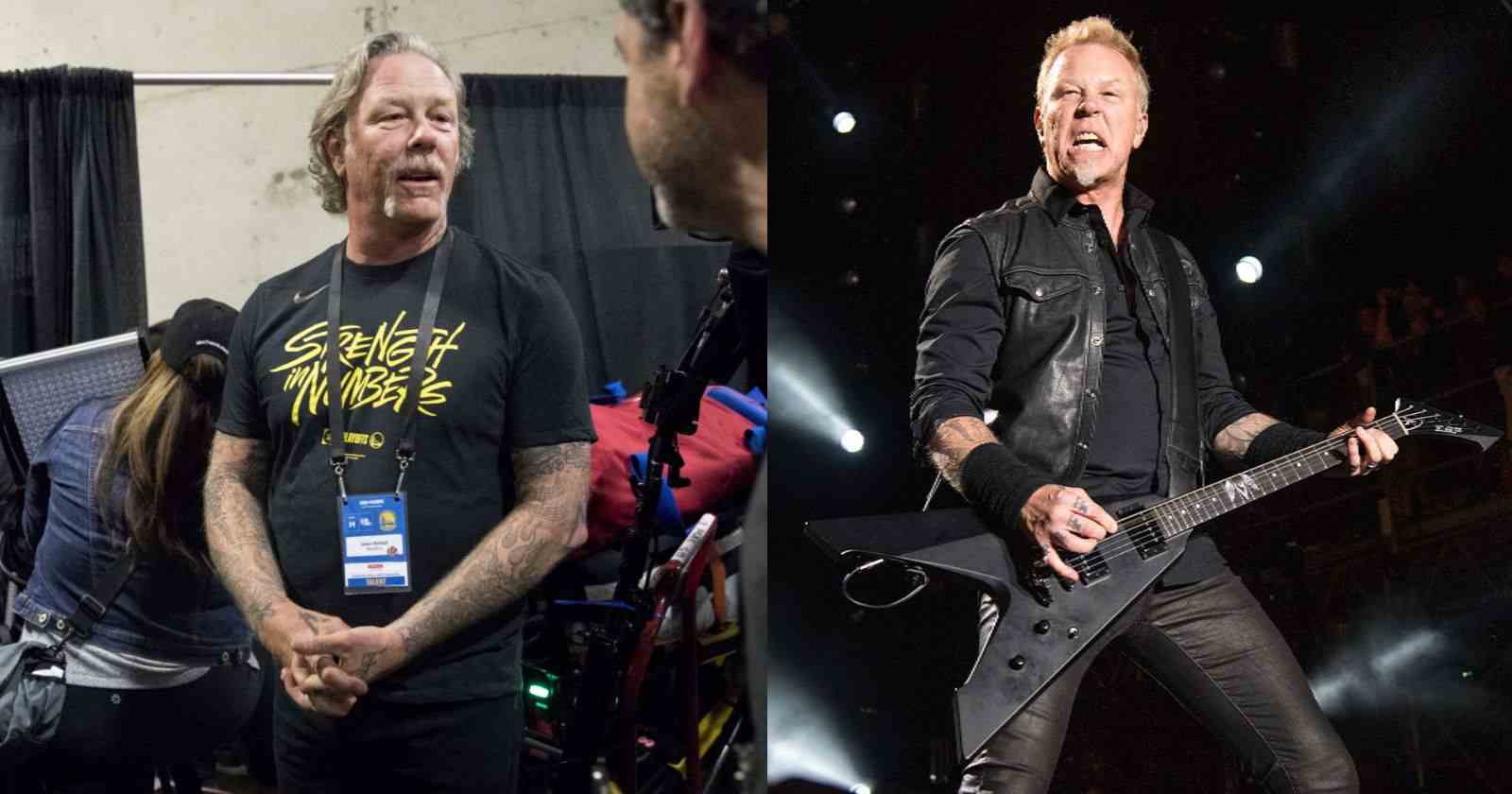 The 20 singers that according to James Hetfield are the best of all time:

Jeremy “Jaz” Coleman is an English singer that became famous in the early 1980s as the lead vocalist and keyboardist of post-punk group Killing Joke. Coleman was known for his unique raspy voice and intense stage presence (occasionally appearing wearing face makeup).

Lee Ving, is an American musician best known as the frontman of the Los Angeles-based hardcore punk band Fear. As an actor, Ving is best known for his roles as topless club owner Johnny C. in Flashdance (1983), motorcycle gang leader Greer in Streets of Fire (1984) and murder victim Mr. Boddy in the murder mystery film Clue (1985).

Kevin “Cal” Morris was the vocalist of the English Punk band Discharge formed in 1977 in Stoke-on-Trent, England. While the band has undergone several line-up changes throughout its history, the classic line-up from the early 1980s featured bassist Wainwright, drummer Gary Maloney, guitarist Anthony “Bones” Roberts, and vocalist Kelvin “Cal” Morris.

John R. Bush is an American heavy metal vocalist and songwriter that became famous in the 1980s as the lead singer and lyricist of Armored Saint. In 1992, he joined thrash metal band Anthrax, replacing singer Joey Belladonna, with whom he remained until 2005 and briefly rejoined in 2009–2010. Bush has also been active with the reformed Armored Saint intermittently from 1999 to the present.

Johnny Cash was an American singer, songwriter, musician, and actor that was known for his deep, calm bass-baritone voice. “Folsom Prison Blues” and “Man In Black” are two of his most famous songs.

Born to poor cotton farmers in Kingsland, Arkansas, Cash rose to fame in the burgeoning rockabilly scene in Memphis, Tennessee, after four years in the Air Force.

Sean Harris was the vocalist of Diamond Head, English heavy metal band formed in 1976 in Stourbridge, England. The group was part of the new wave of British heavy metal movement and their biggest hit is “Am I Evil”, covered by Metallica back in the 90’s.

Considered the best singer of all time Freddie Mercury was the voice of          that still is one of the biggest Rock and Roll bands of all time. He unfortunately died too soon at the age of 45 back in 1991 due to bronchopneumonia as a complication of AIDS.

Ronnie Van Zant was the vocalist of the Southern Rock band Lynyrd Skynyrd resposible for many classic songs like “Sweet Home Alabama” and “Free Bird”. Ronnie and several other band members were killed in an airplane accident that occurred in 1977 near Gillsburg, Mississippi.

He was the older brother of two other rock vocalists: current Lynyrd Skynyrd lead vocalist Johnny Van Zant and Donnie Van Zant, the founder and vocalist of 38 Special.

Aerosmith singer Steven Tyler is known as the “Demon of Screamin'” due to his high screams and his wide vocal range. He was is included among Rolling Stone’s 100 Greatest Singers.

Occasionally, Plant collaborated with Jimmy Page on various projects in later years. Including forming a short-lived supergroup with Page and Jeff Beck in 1984, called the Honeydrippers.

The original Black Sabbath singer Ozzy Osbourne is one of the most important musicians in Heavy Metal history, not only for his work with the band that invented the genre but for his successful and influential solo career. Ozzy worked with many important musicians on his solo career like Randy Rhoads, Zakk Wylde, Jake E. Lee, Lee Kerslake, Bob Daisley and Rudy Sarzo.

Besides being the vocalist of the  successful Punk Rock band The Misfits, Glen Danzig also had a succesful solo career with hits like “Mother” and “Am I Demon”. Besides being a musician Danzig also is an actor and director. He recently directed “Death Rider in the House of Vampires” a movie that mixes western and vampires.

Singer and bassist Lemmy Kilmister left Hawkind and formed Motörhead that became one of the most influential Hard Rock bands of all time. He died at the age of 70 back in 2015. In an interview with Kerrang magazine back in 2018, James Hetfield talked about Lemmy, saying: I was pretty distraught when he passed. My vision of him was as a statue of a man that was immortal. When he passed it scared me, like, ‘where’s our captain now?’ He’s been a godfather to us. There’s no doubt that without him there wouldn’t be a Metallica. When he was around, it just felt like things were going to be okay.”

“Death always [brings things into perspective], especially this past year. My God, so many people have passed, iconic figures in music. But it almost did the opposite too. It made us really want to live and enjoy everything we have and soak up every scream from a fan, every sweat bead that flies off us. All the stuff we get to do, for the 35 years we’ve been doing it, it makes us feel super-blessed to still be doing it”, James Hetfield said.

Paul Di’anno was Iron Maiden’s first singer that were in the first two albums of the band “Iron Maiden” and “Killers”. He was later replaced by singer Bruce Dickinson in the band.

Chris Cornell was the singer of Soundgarden, famous Grunge Rock band from Seattle. He also was the vocalist of the supergroup Audioslave that had Rage Against the Machine members Tom Morello, Brad Wilk and Tim Commerford. In an interview with Boston’s WAAF radio back in 2017, James Hetfield talked about the death of the singer: “Well, it does make you hug those around you, for sure — bandmates, family that’s out here, family at home. It makes you realise that, you know, there is a darkness that anyone and everyone can find and feel that they’re trapped in.”

“And when you’re there — and at least I know the depth of my darkness at times — it is difficult when you’re in that space to even fathom that there’s someone there that can help you or has been through that before. Sometimes you’re at such a loss. I can’t… obviously can’t explain what he was going through, but we all have our darknesses. And check in with each other — check in with each other. Let each other know how you’re doing,” James Hetfield said.

Also known as The Metal God singer Rob Halford is known for his powerful voice and as the most famous and succesful singer of Judas Priest, one of the greatest Heavy Metal bands of all time. After leaving the band back in the 90’s he created the group Fight and later continued with a solo career before returning to Judas Priest back in 2003.

Ex-Alice In Chains singer Layne Staley was one of the most important singers of the 90s. The late musician made history with songs like “Rooster” and “Man In The Box”. However, his career with the band was short, after many years fighting drug addiction he unfortunately died at the age of 34 back in 2002.

Singer Ronnie James Dio is considered by many the most important singers of all time. He made history as the singer of Ritchie Blackmore’s Rainbow, Black Sabbath and with his band Dio. He also is recalled as the person who popularized the symbol of the devil horns in the Rock music.