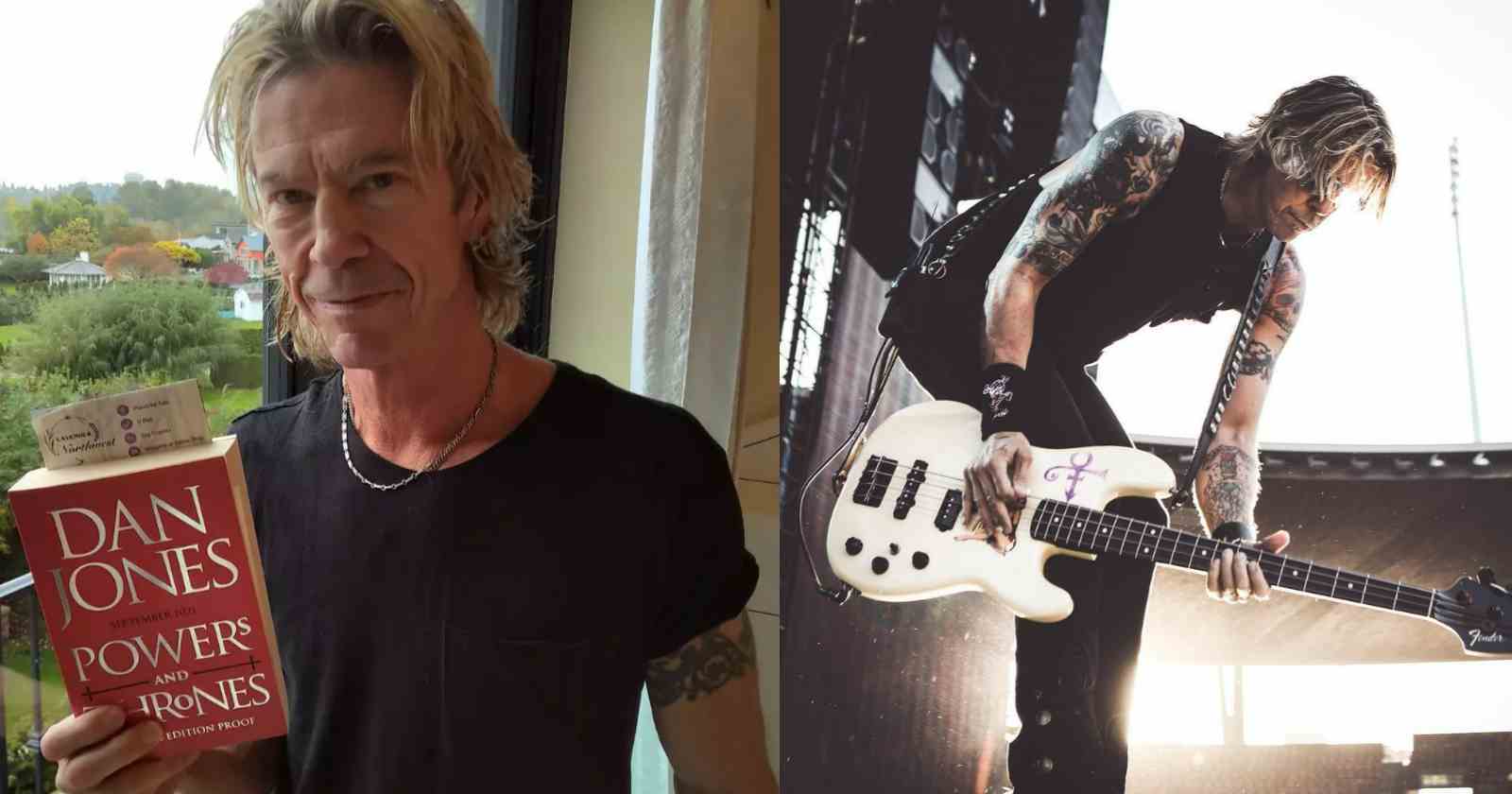 The legendary Guns N’ Roses bassist Duff McKagan was part of the group from 1985 to 1997 and then rejoined the group when they reunited in 2016. Alongside Axl Rose and Slash he helped the band to create classic albums like Appetite for Destruction (1987) and the two “Use Your Illusion” volumes released in 1991. In an interview with BBC 4 radio show Inheritance Tracks back in 2020 (Transcribed by Rock and Roll Garage), the bast listed 2 songs that were a big influence for him and explained why they are so important.

“I’m the last of 8 kids. So all the music that was in our house was obviously (from) the older siblings. One of my brothers brought home this James Gang, reel to reel tape. I was super young, 6 or 7. There was just so much going on in the song and I loved like the backbeat of the song. ‘Up all night, sleep all day’, you know, (it was a message that made me think) ‘that’s what grown ups do!’ Obviously that song stood the test of time.”

“It is still a great, great song. When I hear ‘Funk 49’ now it just takes me back to our living room. A lot of brothers and sisters were still living at home and I was so in awe of all of them. I think my brothers were back from the Vietnam war. So it was a time of celebration,” Duff McKagan said.

The musician continued saying that even that his parents got divorced he had a good childhood with a lot of music. He used to go to his neighbors house that had a drumkit and play with his friends. McKagan also revealed that the first song he ever learned on bass was The Beatles “Birthday”, that his brother showed him how to play.

Fromed in Cleveland, Ohio in 1966, James Gang had many different line-ups until the classic one made their debut record “Yer’ Album” in 1969. But it was with their second release “James Gang Rides Again” (1970) that the group achieved success, the record had the song “Funk #49”. Famous singer and guitarist Joe Walsh only was part of the band’s first three studio albums.

The musician then explained that when Punk Rock appeared it was a kind of music that was too young for his older brothers and it became something that almost only him in the family liked. “The track that I would pass on. And I think that I have passed on to my daughters Grace and Mae, who are now 18 and 21, is ‘Little Doll’ by Iggy & The Stooges. (They changed) my whole perspective about how Rock and Roll should be done.”

“‘Little doll I can’t forget, smoking on a cigarette. In my life a real queen, prettiest thing I ever seen,’ that’s amazing. Just the groove of that song and the idea of the girls (His daughters) dancing to that song and really finding joy out of the anarchy of The Stooges and the freeness of that music, I would make the quality of their life better,” Duff McKagan said.

The song was released on The Stooges 1969 self-titled debut album. Some of the most famous songs of that record are “1969”, “I Wanna Be Your Dog” and “No Fun”. The group that had vocalist Iggy Pop became one of the most influential bands in history, especially for Punk Rock artists.