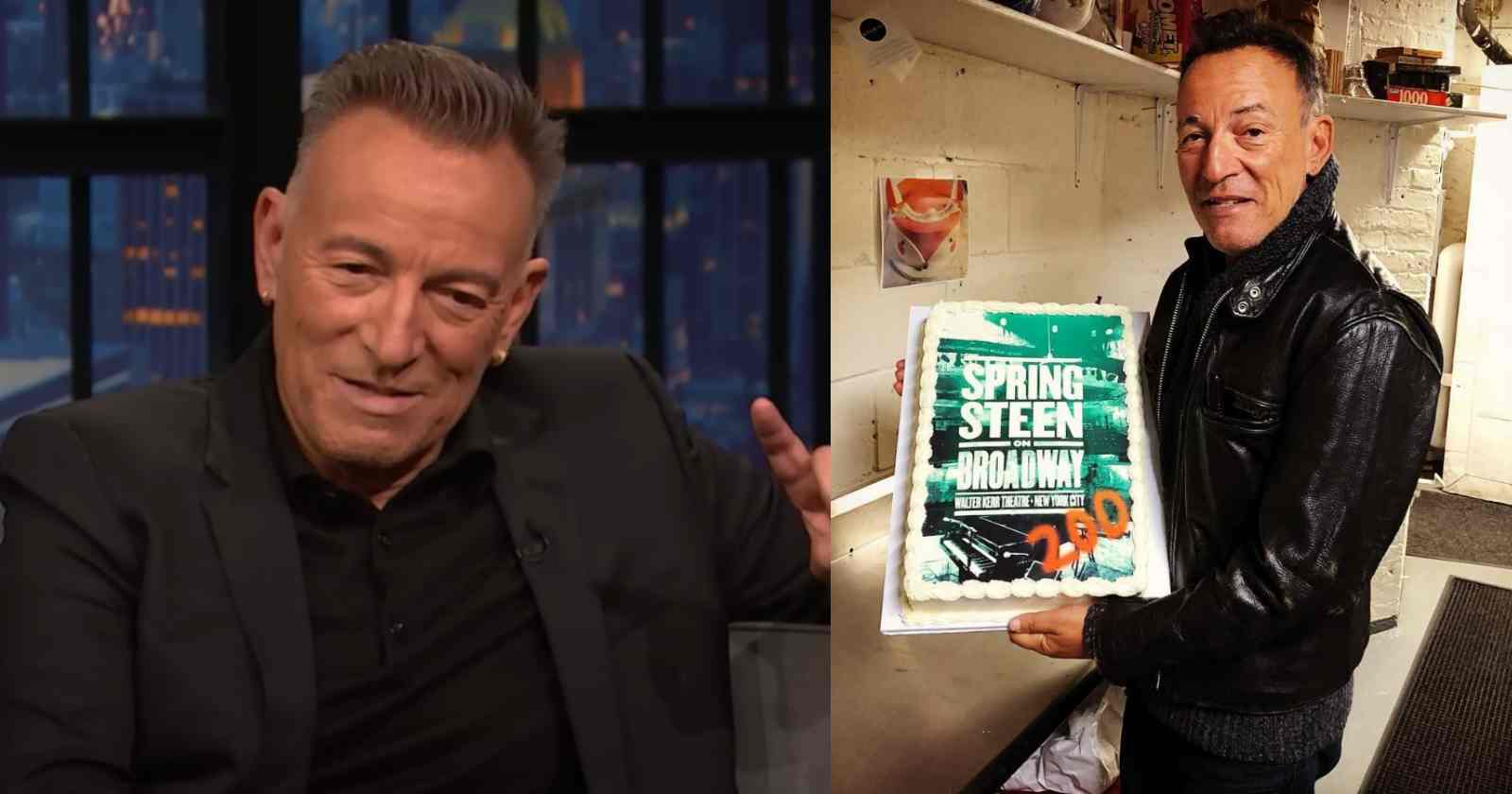 Even though the music made by Bruce Springsteen is more connected to traditional Rock music, Americana and Heartland Rock, the “boss” likes other styles that many of his fans couldn’t imagine, like Punk Rock.

Besides covering many Punk tracks at his shows over the decades, Bruce Springsteen chose two Punk Rock vocalists as some of the best singers of all time on the list he made for Rolling Stone back in 2008. So Rock and Roll Garage selected what the musician said about those artists over the years and his connection with them.

Talking more recently with Rolling Stone in 2020, Springsteen recalled that the first time that he ever heard Punk music. “I think I just started reading about it. It was a little record store in the Village that was importing all of the punk-rock records. I went, and I bought every record. Not that I’ve heard, but that I’ve heard about.”

“So I bought all of these early punk-rock records unheard, just to see what that was about. And that was really the first time I actually heard the records. So I just brought them home and played them by myself in my room,” Bruce Springsteen said.

Springsteen mentioned the late The Clash guitarist and vocalist Joe Strummer as one of the greatest singers in the history of music, putting him in the position number 20. Even though Strummer died too soon at the age of 50 back in 2002, victim of a heart attack, they had met each other and were good friends.

On August 21, 2022, when Joe Strummer would celebrate his 70th birthday, Bruce Springsteen recorded a special message that was posted on the late musician’s social networks. (Transcribed by Rock and Roll Garage): “Joe Strummer, my great, great departed friend and brother that I never had. You have been my inspiration for the past 40 years, Happy birthday, brother. God bless you,” Bruce Springsteen said.

Springsteen performed many The Clash songs live many times over the years. That happened especially when the Rage Against The Machine and Audioslave guitarist Tom Morello, who is also a big fan of The Clash, toured with him.

One of those performances happened in Sunrise, Florida in 2014 when they performed “Clampdown“, featured on The Clash’s classic album “London Calling” (1979). They also also played the title-track of that record at the 25th anniversary of Rock and Roll Hall Of Fame concert in 2009.

He recalled in an interview with Hot Press back in 2019 how he met Strummer face-to-face back in 1990. “I ran into Joe in a bar in LA in 1990. What a guy. We were from very different backgrounds. But singing I think from the same hymn-sheet. That Mescaleros record with ‘Coma Girl’ on it, Streetcore, was so amazing. Like Johnny Cash, he went out on a high. I really miss having Joe around,” Bruce Springsteen said.

The admiration was mutual between the two artists, Joe Strummer also loved Bruce Springsteen. He also considered him one of the greatest artists of his generation. Strummer was asked by the filmaker Mark Hagen to give his opinion on the American musician in 1997 for the documentary ‘Bruce Springsteen: A Secret History’. To answer the question, Strummer sent him a letter via fax that was shared by The Guardian in 2009.

“Bruce is great. If you dont agree with that you’re a pretentious martian from Venus. Bruce looks great. Like he’s about to crawl underneath the chords with a spanner and sock the starter motor one time so that a engine starts up – humming and ready to take us on a golden ride way out somewhere in the yonder.”

“Bruce is great… because he’ll never lay down and be conquered by his problems. He’s allways ready to bust out the shack and hit the track. His music is great on a dark and rainy morning in England. Just when you need some spirit and some proof that the big wide world exists, the D.J. puts on “Racing in The Streets” and life seems worth living again, life seems to be in cinemascope again.”

“Bruce is not on an ego trip. Bruce is actually into the music. We need people like this. A lot of records today are made by people just to feed their fame. Bruce is great. There aint no whinging whining or complaining. There’s only great music, lyrics and an ocean of talent.” Me? I love Springsteen!!!” Joe Strummer said.

After The Clash came to an end in 1986, Joe Strummer made many solo records. Also with the bands The Latino Rockabilly War and The Mescaleros.

The other Punk Rock vocalist that Bruce Springsteen mentioned on his list of the best singers of all time was the Sex Pistols frontman John Lydon, putting him in the position number 11.

Even though he recognizes Lydon’s talent, according to the British singer, Springsteen supposedly didn’t had a good time when he went to see Lydon’s post Sex Pistols band, P.I.L. a few decades ago. The reason why is that the singer was told that Springsteen was in the audience and decided to make a bad joke about the American artist. He recalled that story in an interview with Q104.3 in 2018 (Transcribed by Rock and Roll Garage).

“Bruce Springsteen apparently did turn up (at one of P.I.L.’s concerts a few decades ago) for our gig. He was up in the balcony, somebody told me that. I cracked one of my typical bad taste jokes. He was apparently mortally offended and left the building.”

“I don’t know (what I said). But (it was) something deeply unpleasant. (…) Is what we do in the music business, we mock each other gently. None of its meant in any harm. We are a friendly bunch of sarcasm,” John Lydon said.

The Sex Pistols released only one album “Never Mind The Bollocks” released in 1977. Then in 1978, Lydon formed Public Image Ltd. and the band was active until 1992. But in 2009 he re-activated the group that is currently on the road. Since the late 70s they have released 8 studio albums. Besides being one of the most unique frontmans of all time, Lydon is also recalled for always saying what he thinks about anything.