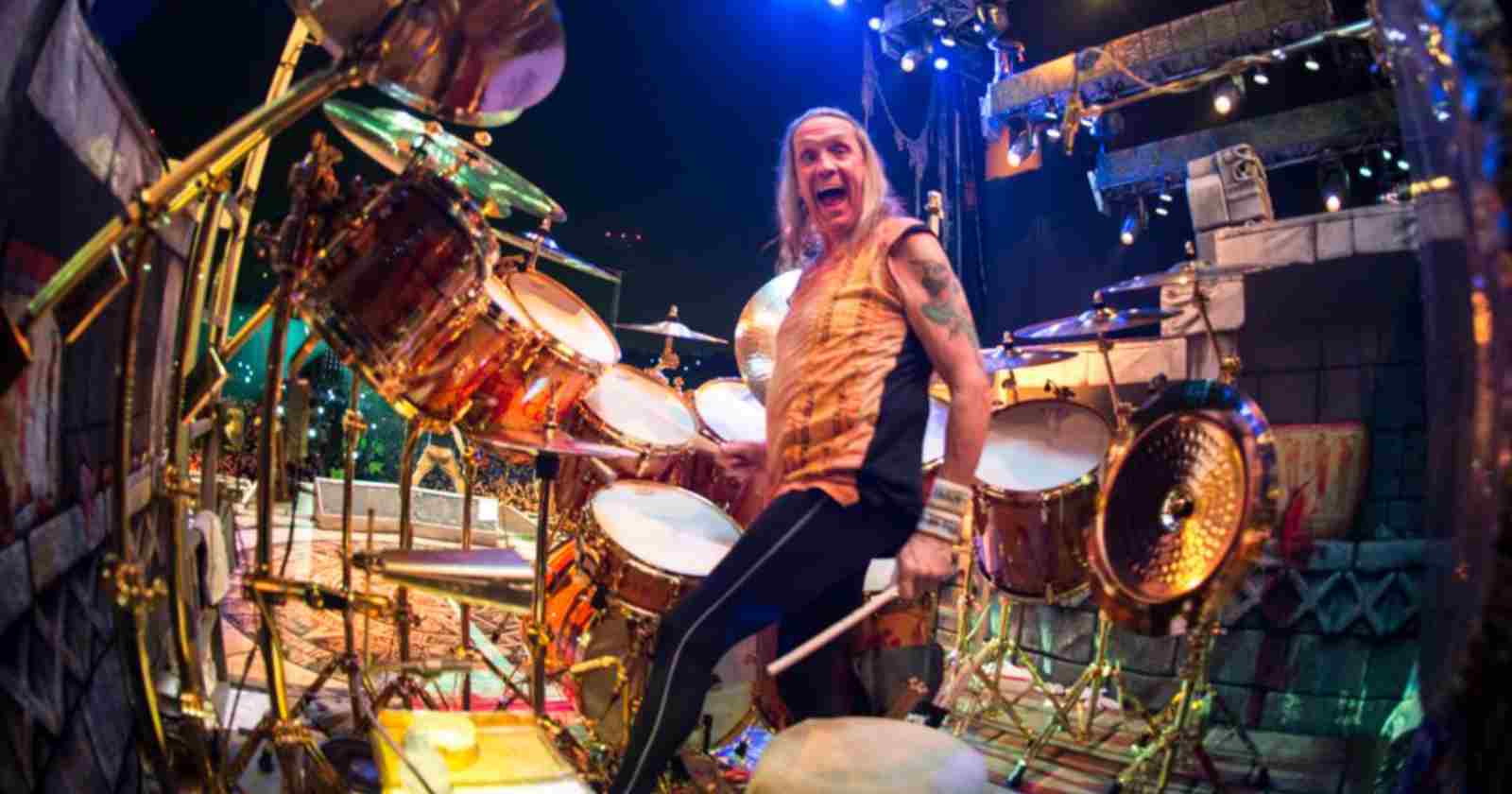 The British drummer Nicko McBrain first joined Iron Maiden in 1982 and ever since has been the one who helps to keep the band’s rhythm alongside bassist Steve Harris. He was part of many classic albums of the group like “Piece Of Mind” (1983), “Powerslave” (1984) and “Fear Of The Dark” (1992). The band became one of the biggest Heavy Metal bands of all time. They have an estimated amount of more than 100 million records worldwide.

In a video shared by the band’s official Youtube channel back in 2019 (Transcribed by Ultimate Guitar), Nicko talked about how the setlist of the shows are done and revealed which are the two songs that he loves to play live with the group.

“One of my favorite songs, which goes way back when I joined the band. A song called ‘Aces High’. It kicks off the set (at that time). One thing I like about kicking it off, it’s a really up-tempo track.”

“First song in, you better be ready. That’s cool because it gets your juices flying and kind of sets up the feel for the show,” Nicko McBrain said.

First released as a single by Iron Maiden back in 1984, the song was included on their album “Powerslave”. It was the second one to feature Nicko McBrain on drums. It remains as one of the band’s most famous tracks and was often on their setlist over the decades. That album also had classic songs like the title-track, “2 Minutes to Midnight, “The Duellists” and “Rime of the Ancient Mariner”.

“Now, we do the first three songs. If I remember right, they’re kind of running into one another (the setlist of that year). If got any path left after ‘Aces High,’ this is one of mine all-time favorite drum grooves that we’ve played. ”

“We haven’t done this song for a few years. It’s a song called ‘Where Eagles Dare,’ love it,” Nicko McBrain said.

“Where Eagles Dare” is the opening track of the 1983 album “Piece Of Mind”. It was the first one to feature Nicko McBrain on drums. Recorded in Nassau, Bahamas, it was the follow-up to the band’s succcessful album “Number Of The Beast” (1982). Also was the second one to have Bruce Dickinson as their vocalist.

That record also had other classics like “The Trooper”, “Flight of Icarus”, “Die With Your Boots On” and “To Tame a Land”.