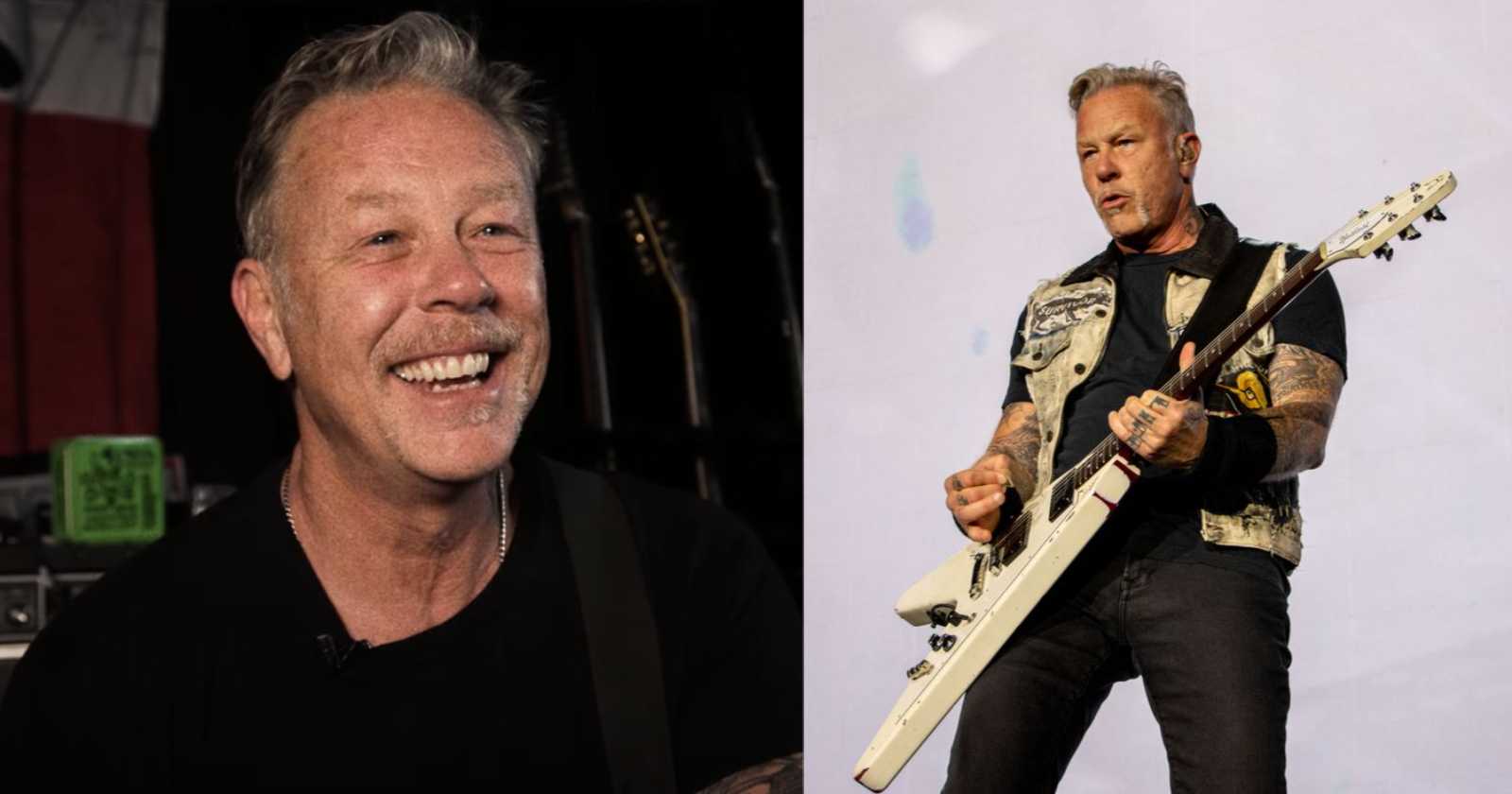 The Metallica singer and guitarist James Hetfield helped to make the Thrash Metal sound that changed the Rock and Roll scene in the 80s. With albums like “Ride The Lightning” (1984), “Master of Puppets” (1986) and “Metallica” (1991), his group became one of the best-selling bands of all time with more than 125 million records worldwide.

Since the beginning of his career, he talked about many musicians that influenced his style. Rock and Roll Garage selected what he said about two Heavy Metal guitar players that he often listed as influences over the decades.

The 2 Heavy Metal guitarists that James Hetfield listed as influences

The man that created Heavy Metal music, the legendary Black Sabbath guitarist Tony Iommi, also known as ‘The Riffmaster” is one of the most influential musicians in Heavy music. Hetfield already told multiple times that the first time he heard Sabbath was when he was listening to the albums that his older brother had. It was a life changing experience. He said he knew it was different from anything he had ever heard and it felt good. Since then, Sabbath became one of his favorite bands and Iommi’s guitar playing was crucial for Hetfield evolution as a Metal musician.

In an interview with Guitar Center back in 2014 (Transcribed by Rock and Roll Garage) Hetfield talked about his love for the Black Sabbath guitarist, saying: “Obviously Tony Iommi is a big influence on most metal guitar players. And obviously the riffs, the single note riffs and they sounded fat. When you analyze the sound it’s not really fat sounding. It’s got an edge to it that cuts.”

James Hetfield and Lars Ulrich were the ones who inducted the band that founded Heavy Metal into the Rock and Roll Hall of Fame back in 2006. In his speech at the ceremony, Hetfield said (Transcribed by Rock and Roll Garage). “Black Sabbath is mammoth riffs with menacing lyrics that make me ‘oh so happy’. That was going to be my speech (Laughs).”

Hetfield than continued recalling his connection with Sabbath’s music at the age of 9, saying: “Those monstrous riffs lived inside him (His 9 year-old version). Spoke the feelings he could never put into words. Sending chills of inspiration through him from those gloomy lyrics, outlaw chords and all. They helped crack the shell he was stuck in. Also scaring his mother and sister was an extra bonus (laughs)”.

Born in Hildesheim back in 1948, the German guitarist and Scorpions‘ founder, Rudolf Schenker, was a big influence to Hard Rock and Metal guitarists, including James Hetfield. The Metallica frontman listed Schenker and celebrated Schenker’s 70th birthday back in 2018 recording a special message to the guitarist. Hetfield said: “I appreciate you and all that you contributed to the music world and Metal in general. (I’m) glad that you are still out there kicking ass.”

In an interview with Total Guitar back in 2016, Hetfield praised Schenker, saying: “There have obviously been influences that have shaped it somewhat. Listening to Scorpions… (Rudolf Schenker). I like that he’s just the rhythm guy. He’s not trying to be everything. He’s the best at what he did. At the time he was really percussive in a way.”

In a conversation with Kerrang back in 2021 he even joked that Metallica only haven’t played in more countries than the Scorpions. The German band has been touring almost non-stop for more than 50 years. “We’ve never played Belarus, Bolivia, Uruguay, Honduras, El Salvador, Vietnam, and Lebanon. The joke is kind of, you send the Scorpions in first. Then you see how they do. That’s said with nothing but love. But the Scorpions have played in a few of these places”.

Scorpions is one of the best-selling bands of all time with more than 100 million records sold worldwide. But they still weren’t inducted into the Rock and Roll Hall Of Fame.