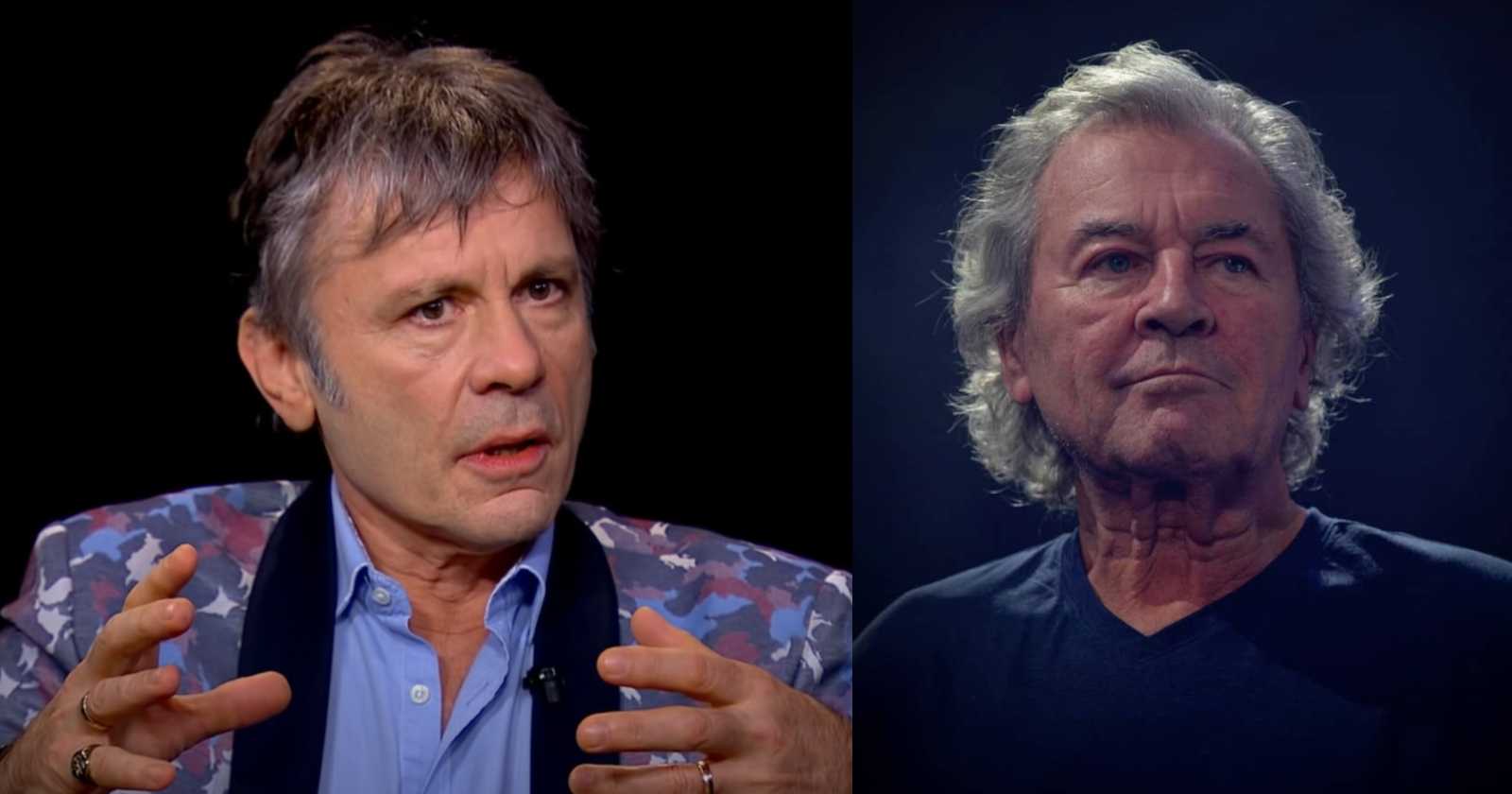 Images from Charlie Rose and Rockthenight.eu

Bruce Dickinson became the vocalist of Iron Maiden in 1981 and took the band to another level of commercial success with the incredible vocal range he added to the group’s sound. Over the years he talked about many of his influences and he always said that the biggest one was Ian Gillan, the vocalist of Deep Purple, band that he loves.

To show a little bit more about his passion for the legendary Hard Rock group, Rock and Roll Garage selected the two albums that Dickinson picked as some of his favorites from the band and what he said about them.

The 2 Deep Purple albums that Bruce Dickinson picked as favorites

Bruce Dickinson fronte the BBC Radio show called “Masters Of Rock” for a few years and in the website of the show, the musician listed the 15 essential albums that everyone should listen to. One of them was Deep Purple’s fourth studio album “In Rock”. Released in 1970, the record had classic tracks. Some of them are “Speed King”, “Black Night” and “Child In Time”.

Curiously, the first time that Dickinson heard the record was in his school, he recalled that story in an interview with Double J back in 2018. “I was walking up and down the corridor at boarding school and I heard this racket coming from behind a door. (Then) I thought, ‘Oh my god, what is that?!’ I knocked on the door and this senior boy opened the door. (He) looked at me with a big sneer on his face. I asked, ‘Who was that?’. He went, ‘Oh, it’s Deep Purple if you must know, ‘Speed King’’ and shut the door.”

“That was that. I was hooked. We used to have little auctions in the boarding house. People would be short of money and wouldn’t have enough money to have enough to pay their bill at the school shop. So they’d auction their stuff off.”

“The second LP that I got was Deep Purple In Rock. Scratched to bits. So I paid 50 cents Australian for it. I loved it and played it absolutely to death. I think I might have blown up my parents’ stereogram with it,” Bruce Dickinson said.

The Iron Maiden vocalist performed Deep Purple songs with many members of the band over the years on special occasions.

The other Deep Purple record that Bruce Dickinson picked as one of his favorites  in an interview with Rolling Stone Indonesia back in 2011, reported by Gibson, was the 1972 live album “Made In Japan” that captured all the energy of the group in their concerts in Osaka and Tokyo.

That record became one of the most famous live albums in Rock History and has classic tracks like “Highway Star”, “Lazy”, “Space Truckin'”, “Black Night” and “Smoke On The Water“.

Dickinson was so nervous when he first met Ian Gillan that he puked. He recalled that story in an interview with BBC Radio in 2021. “We’ve done an album in Ian Gillan’s studio. We’ve all been up the pub and had a few pints. In walks my god, Ian Gillan, and goes, ‘Hey, what a great vocalist. Who’s the singer?’”

“Then at that moment, I felt the sudden urge to vomit. I ran out of the room [and] puked up for about 45 minutes in the toilet. In comes my idol, kicks the door and goes, ‘Come on, mate. Out you come. Let’s get you wiped down with a towel.’ He put me in a taxi and sent me home. I’ve never forgotten that. He’s never let me forget it either,” Bruce Dickinson said.