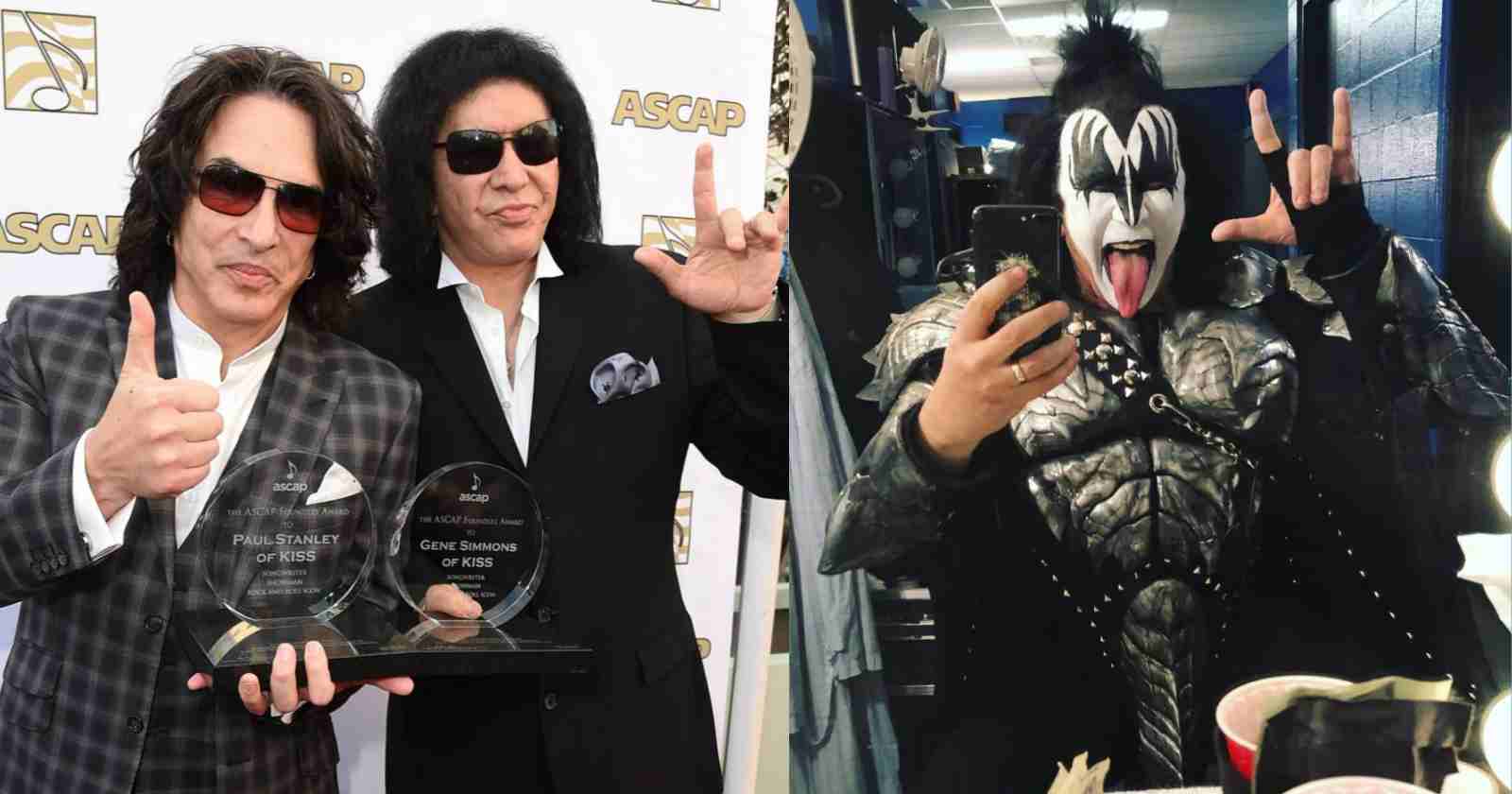 Kiss was formed by Gene Simmons, Paul Stanley, Ace Frehley and Peter Criss back in 1973 in New York City. In the following years they became one of the biggest Rock bands in the United States and were had the chance to take many new bands on the road as special guests.

In an interview with SiriusXM’s program Ozzy’s Boneyeard in 2018, Paul Stanley and Gene Simmons picked the two bands that in their opinion were the best ones that opened for Kiss. Rock and Roll Garage selected what the musicians said about those artists over the decades.

AC/DC opened for Kiss in 1977 and 1978 when they still had the legendary vocalist Bon Scott. For Gene Simmons, they were the best band that opened for Kiss. “Best set? AC/DC on their first tour. A band that didn’t pay attention, shares the same philosophy. No matter what any other band is doing, thine own self be true.”

“I’ve said it before bit it’s more truer now than ever. A lot of the people look the same and act the same and do the same thing. Rap, country — there’s a lot of sameness going on. Every once in a while, you see a band like AC/DC. Nobody’s like them. We’d like to think that we’re unique in that way too. Unique to have your own fingerprint because Mother Nature knows best. There’s no other fingerprint on earth like us and bands should march to the beat of their own drummer. See what I did there [pointing to Eric Singer]?” Gene Simmons said.

He watched AC/DC in a small club before fame

The Kiss bassist and singer had also recalled in a conversation with Triple M radio in 2021 that he had the chance to watch AC/DC in a small club in Los Angeles before they became big. “I saw them playing this really small club in L.A. I happened to be there. And all I remember is being close to the stage, ’cause I love that — I wanna feel it; I wanna feel the chest kind of cave in when the bass and the kick drum hits it. I don’t wanna be at a safe distance. If it’s too loud, you’re too old. So I’m in the front. And even after the blackouts between songs, there’s Angus [Young] just running around on stage, not posing — just kind of feeling it, like somebody in a trance or something.”

“‘What would you like, Mr. Simmons?’ All that kind of stuff. I said, ‘Ask my friend first.’ I’ll never forget it, Angus asked for a frankfurter — instead of a hot dog — and beets. And they looked at each other, and I said, ‘Get the man what he wants.’ So they did. They brought it back. And I’ll never forget, Angus picked up the hot dog without the bun and started biting into it on the sides of his mouth because the two front teeth were missing. And I said to him — I can still remember most of the conversation — ‘You guys are great. I’m gonna make some calls. You’re going out on tour with us,” Gene Simmons said.

For the Kiss singer and guitarist Paul Stanley, the Canadian band Rush was the best one that they took on the road in the early days. They were the opening act of the American group back in 1975.

“I think for us, Rush was most exciting. We’re kind of going off on a side tangent. When we first had them playing with us in Canada, and John Rutsey was still the drummer. The first album was so… It was, it was Humble Pie. It was Zeppelin. They obviously found their footing in something they wanted to do later on.”

“They were always great. AC/DC with Bon [Scott] when we had them on tour, great! [Judas] Priest, Priest were phenomenal. Bob Seger — you know, we can go down the list. Bob Seger got his first gold album on tour with us. Mellencamp. John Cougar Mellencamp. Tom Petty. The list goes on and on,” Paul Stanley said.

The musician had already praised Rush during a conversation with Outlaw Magazine about when Rush opened for the band.

“The first time Rush opened for us, they had their original drummer, John Rutsey, along with Geddy and Alex. But when Neil joined, overnight it became a different band, Suddenly, they had this incredible musician backing Geddy and Alex.

“There was only one Rush and they perfected a style and walked a road that nobody else had been on. I saw that band in its infancy and they went on to build an incredible legacy,” Paul Stanley said.

Rush guitarist Alex Lifeson and bassist, keyboardist and vocalist Geddy Lee already praised Kiss many times over the years when they talked about when the band took them on the road in the early days. Talking with George Stroumboulopoulos in 2010 (Transcribed by Rock and Roll Garage), Lifeson said that the American group was terrific and great to work with. “We toured with them on their first headlining tour in 1975. They were terrific, they were great to work with. We became very close on that tour.”

“We hung out a lot together. It was like one big family. We had a very small crew, obviously. It was an early time for us. We’ve got to see how hard they worked. I know Geddy said quite often that there’s not harder working band than Kiss. They really showed, we learned a lot from those guys.”

In the same interview Geddy Lee recalled that they believed that they would never would have the chance to make such a big tour again after that opportunity. “They were struggling too. It was their first headline tour. But it were small gigs, we were playing a lot of theatres. For us it was a dream because we were working regularly, which was awesome and travelling all around America probably for the first time and in our minds we were like ‘well we may never get back to half of these cities.”

“So we would keep  the hotel keys and the things from the Holiday Inn, you know. So we’ve learned a lot about how hard you need to work to put on a show. That’s one thing they had as Alex said, such a great work ethic. Regardless of what you think of them musically you have to respect them in therms of their work ethic,” Geddy Lee said.