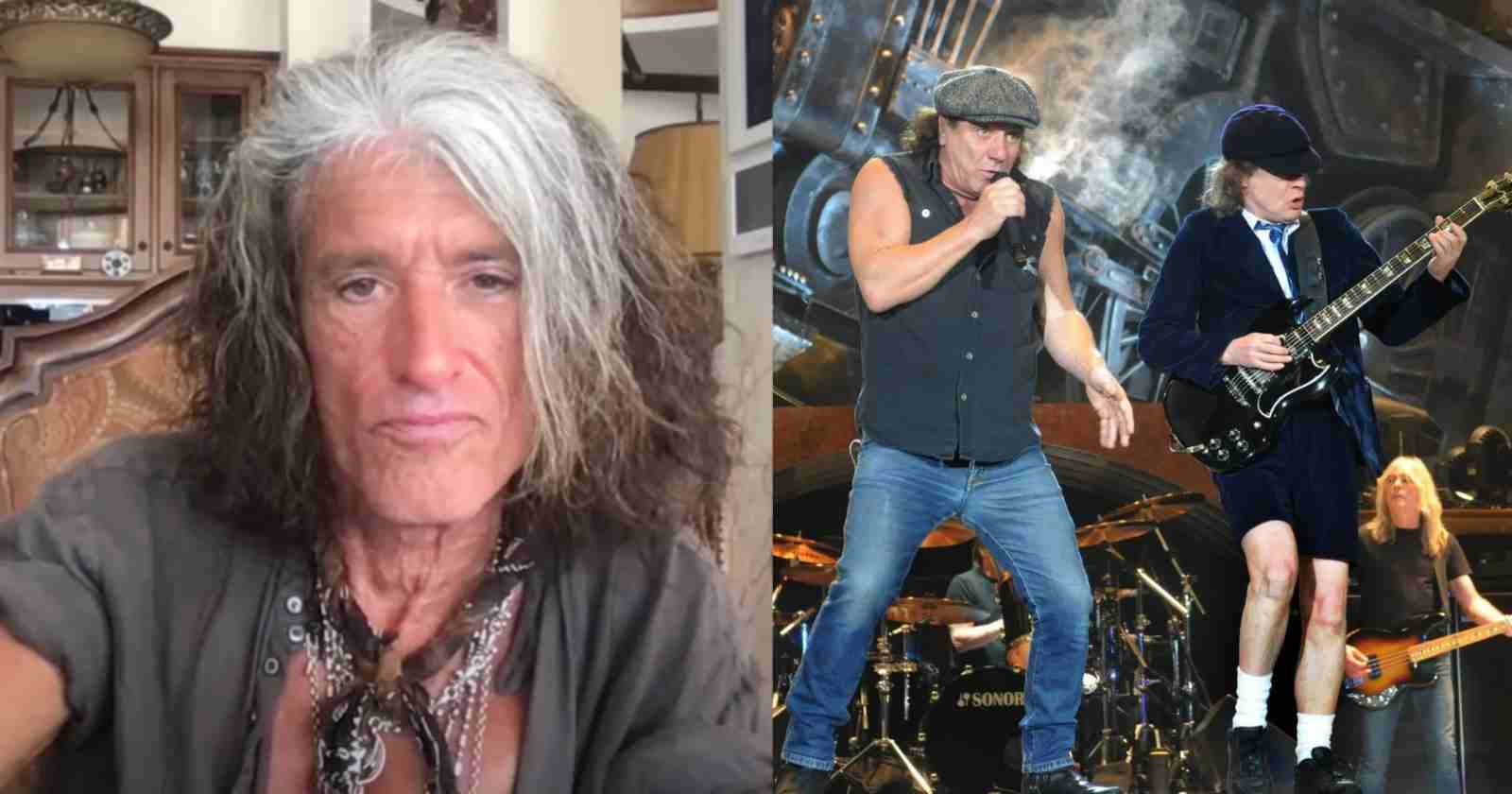 Active since the 70s, AC/DC became one of the most influential Hard Rock bands of all time that went through the tragic death of their vocalist Bon Scott in 1980 and was able to continue their success with the new singer Brian Johnson. They are one of the best-selling groups of all time with an estimated amount of more than 200 million records sold worldwide. A very respected band, AC/DC has also many famous fans and one of them is the Aerosmith guitarist Joe Perry. To show a little bit more of Perry’s love for the Australian group, Rock and Roll Garage selected the two AC/DC albums that he listed as some of his favorites.

The Australian band had the chance to be Aerosmith’s opening act in 1977, when the American band was promoting their record “Draw The Line”. Perry even chose them as the best special guest that they had on the road during their entire career.

Released in 1978, “Powerage” is AC/DC’s fifth studio album and one of their most praised ones. It has classic tracks like “Rock ‘n’ Roll Damnation”, “Down Payment Blues”, “Riff Raff” and “Sin City”. In an interview with Classic Rock back in 2021, Joe Perry explained why he loves that record.

“All the early records with Bon Scott are great. ‘Powerage’ is definitely one of my favourites. To me, it perfectly distilled everything that I like about rock’n’roll down to its essence. As a guitar player, obviously I’m going to be drawn in by the riffs and the way Angus just tore it up on every solo. But then you listen to Bon’s story-telling and that’s just wonderful.”

“People will know Highway To Hell and Back In Black because they’re the albums with the big radio songs. But there’s so many great, great songs on Powerage. People who’re really into AC/DC understand that ‘Powerage’ is a classic album, a milestone. With each album that came out they were refining their basic sound. They weren’t trying to invent anything new. By the time they reached ‘Powerage’ the songs were just getting better and better,” Joe Perry said.

In the same interview, the musician said that he has the “Powerage” vinyl on his collection and plays it all the time because it never loses its power. “It’s a brilliant record, just pure rock’n’roll. It will never age.”

Other famous guitarists who already declared their love for “Powerage” were Eddie Van Halen and Keith Richards.

The final album with Bon Scott on vocals, before his tragic death at the age of 33 back in 1980, “Highway To Hell” is AC/DC’s second best-selling album. It has classics like the title-track, “Walk All Over You”, “Touch Too Much”, “Shot Down in Flames” and “If You Want Blood (You’ve Got It)”.

Joe Perry explained to Best Life Online back in 2018 why the record is one of his favorites of all time.  “When I need to wake up, I put on one of AC/DC’s first three albums. As a band, they took rock ‘n’ roll down to its essence without being too cheesy or over-the-top. Their theatrics are genuine. The music has this honesty to it. You get the feeling they are just five guys in a room playing and getting off on it. That’s what a great record does.”

Curiously, it was Joe Perry’s bandmate Steven Tyler who inducted AC/DC into the Rock and Roll Hall Of Fame back in 2003. In his speech, he said: “AC/DC is the ultimate middle finger aimed at the establishment”.